Years ago when I just started working out, a friend of a relative who worked part-time as a personal trainer gave me some advance. At the time, I was not in exceptionally good shape, but I wanted to get healthy and look good with my shirt off. Upon hearing this, he gave me what he called his three simple/inescapable truths about fitness.

Truth #1: To see results, you need to be patient and work out consistently.

Truth #2: To see results, you also need to tweak your diet and eat right.

Truth #3: No matter how hard you work out or how well you eat, everybody is still at the mercy of their genetics.

The passage of time, along with many long hours in the gym, have only proven those truths right. They reflect some of the inescapable obstacles that the multi-billion dollar fitness industry pretends aren’t there. As magician/performer Penn Jillette once so wisely said, “Great T&A requires great DNA.”

That doesn’t stop every fad diet and fitness gimmick from convincing people that they can overcome their genetic limitations and do so without putting in the necessary work. That’s akin to telling people they can become a foot taller just by wishing for it and giving some photogenic infomercial star their credit card information. 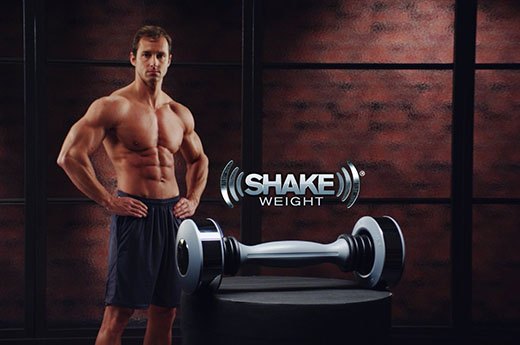 For the most part, we are very much at the mercy of our genetic limits and the basic chemistry of our bodies. If you want to lose fat, you got to get your body to burn fat, which can be harder for certain people with certain genetic dispositions. If you want to build muscle, you basically have to work that muscle until it breaks, forcing your body to repair it and make it bigger. Again, there are genetic limits at work here.

Those limits are frustrating. Believe me, I know and I have plenty of soreness to prove it. Despite that frustration, working out has been great for my health, my confidence, and my overall appearance. Those three truths still bug me at times, but I understand and accept them. For certain people, those hard truths are much greater burden.

As I write this, though, those truths are starting to falter. Unlike every other point in the history of fitness, health, and sex appeal, we have a working knowledge of the basic building blocks of the human genome. We have insights and understandings to our genetics that no infomercial star in the 90s could’ve imagined.

If you’ve read my previous articles on the future of treating infectious disease or fixing the flawed parts of the human body, then you know that such a tool exists and is being refined as we speak. That tool is CRISPR and, on top of potentially curing once fatal diseases, it may very well shatter those three truths of fitness. It may also destroy every other hard truth regarding bodybuilding, beauty standards, and sex appeal. 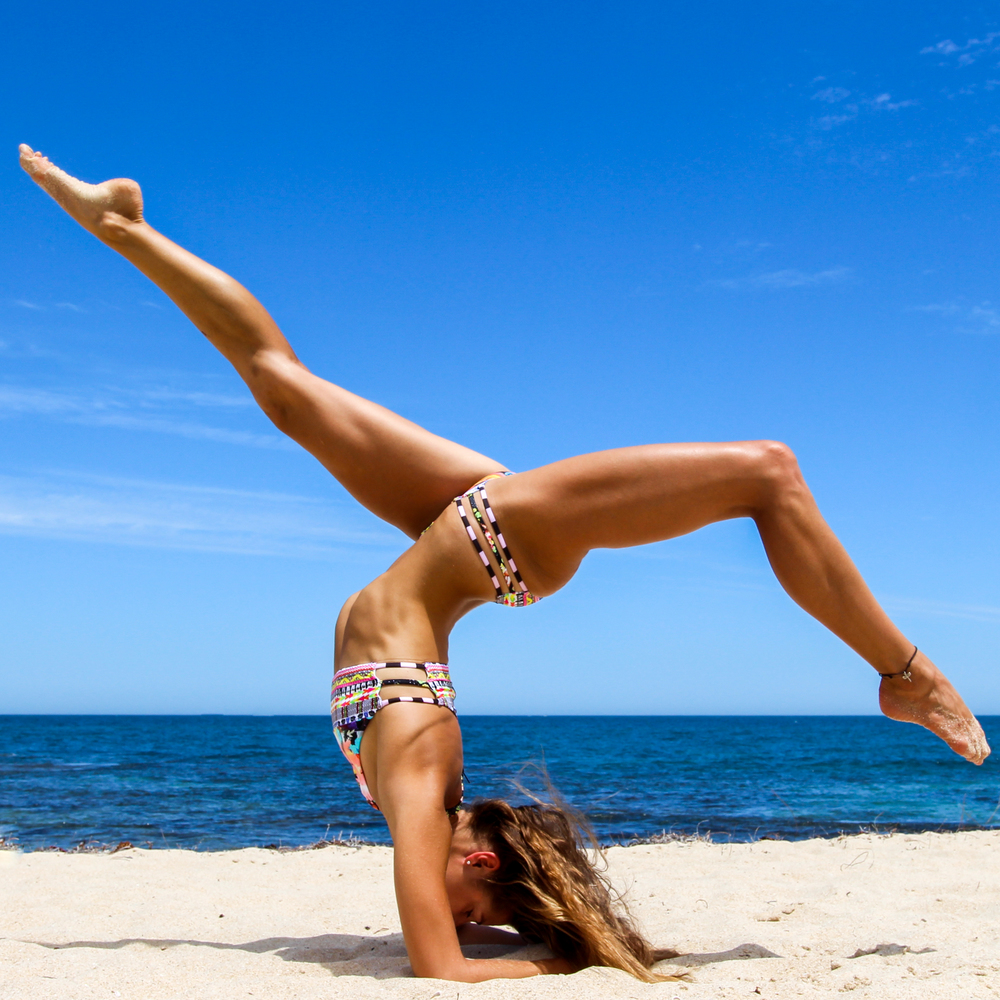 I’m not saying you should cancel your gym membership or junk those free weights just yet. However, the potential for CRISPR to change the way we think about our health and how we stay healthy cannot be overstated. While it’s still very much in the early stages of development, some people are already getting impatient.

That’s where biohackers come in. They’re not quite as badass as they sound, but what they’re doing is still pretty amazing and pretty dangerous. They’re basically skipping the part where they wait for the FDA or the World Health Organization to tell everyone that CRISPR is safe. They actually use themselves as guinea pigs to refine CRISPR.

Now, I need to make clear that this is exceedingly risky and not in the “Jurassic Park” sort of way. Tampering with our genome is uncharted, unregulated territory and we don’t yet have a full understanding of the potential dangers. That said, in the field of fitness and sex appeal, CRISPR may put gyms, plastic surgeons, and weight loss clinics on notice.

Renegade biohackers like Josiah Zayner, have actually live-streamed stunts where they inject themselves with CRISPR. Another biohacker, Aaron Traywick, injected himself with an experimental herpes treatment in front of a live audience. These are not scientists in cold laboratories using lab rats. These are real people tampering with their DNA.

Where this intersects with fitness comes back to those hard genetic limits I mentioned earlier. When you think about it, the way we build muscle and burn fat is pretty crude. We basically have to purposefully strain our bodies, even hurting them in the case of building muscle, to get it to do what we want. It can be imprecise, to say the least.

In theory, CRISPR would be more direct and far less strenuous than spending two hours in a gym every day. Instead of straining the muscles or sweating off the fat, you would just inject CRISPR into targeted areas of your body, like your belly or your bicep, and have it activate/inhibit the necessary genes.

Like cheat codes in a video game, it would prompt muscle growth in the specific areas you want. It would prompt fat burning in the areas you want. You could even take it further than that. Using the same techniques, you could use CRISPR to edit the genes of your skin so that it reduces the risk of blemishes and acne. As someone who suffered horrible acne as a teenager, I can attest to the value of such a treatment.

Some of this isn’t even just theory, either. Remember Josiah Zayner? Well, he injected himself with a CRISPR cocktail designed to block the production of myostatin. Those who are into bodybuilding know why that’s a big deal because blocking myosatin is one of the main functions of steroids.

While Zayner hasn’t gone full Hulk just yet, other more legitimate brands of research have already demonstrated that CRISPR could be the ultimate steroid. Researchers in China used the same technique as Zayner to create a breed of heavily-muscled dogs. This isn’t on paper. This stuff is real and it will affect both our health and our sex appeal.

Imagine, for a moment, standing in front of a mirror and documenting the parts of your body you want shrunk, grown, or smoothed out in some way. Maybe you’ll even make a detailed list, complete with diagrams and a full rendering of how you want your body to look.

Then, once that information is compiled, your personal doctor/biohacker programs all this into a series of targeted CRISPR injections. Some go into your arms. Some go into your abs. Some go into your face, butt, and genitals. If you hate needles, it may get uncomfortable. If you love gaining muscle and sex appeal without any real work, then it’s basically the miracle drug that every bad infomercial failed to deliver.

Considering the beauty industry is worth over $445 billion dollars, it’s pretty much a guarantee that some enterprising biohacker who may or may not already work for a major cosmetics company will make this a commercial product. There’s just too much money to be made along with too many people unsatisfied with how they look.

It may be costly at first, as most new treatments tend to be. People will pay for it, though. If you could exchange spending hours at the gym for just a few injections and get similar results, I think most people would gladly pay a premium for that. Sure, it’s a shortcut and it’s lazy, but if the results are the same, why does it matter?

That’s a question that has many answers, some of which are too difficult to contemplate. One of the reasons we find certain people so beautiful is because that beauty is so rare. Only a handful of women look as beautiful as Jennifer Lawrence or Kate Hudson. Only a handful of men look as beautiful as Brad Pitt and Idris Elba. Some of that beauty comes from hard work and conditions. Some of it is just good genetics.

What happens when that kind of beauty is as easy as administering a few injections with CRISPR? This is a question I already asked in my novel, “Skin Deep.” I offered hopeful, but incomplete answer. I have a feeling, though, that our entire notion of beauty standards will undergo major upheavals once people can shape their bodies the same way they customize their cars.

With CRISPR, we’re not just adding a layer of paint or trying to tweak an old engine. We’re modifying the foundation and scaffolding of our bodies. In theory, people could use CRISPR to achieve an appearance that is otherwise impossible, no matter how many hours are spent in a gym or how many dangerous steroids they inject. For all we know, what counts as sexy 20 years from now will look bizarre to most people today.

These trends will take time to emerge, but they’ll probably emerge faster than most fad diets or exercise gimmicks because once we start tweaking genetics, the old rules no longer apply. All the traditions and truths we’ve had about exercise, bodybuilding, and beauty collapse. It’s hard to know what will manifest in its place.

For a while, we may get a world where most women are thin and pretty while most men are tall and muscular. However, chances are people will get bored of seeing the same thing. As such, they’ll start experimenting. They’ll try coming up with entirely new body shapes, body features, and physiques that defy the existing laws of biology. As long as some people find that sexy, though, it won’t matter.

Then, there’s the impact of CRISPR on athletes. It’s one thing to test for performance enhancing drugs. What happens when some determined athlete injects a bit of LeBron James’ DNA into their genome to improve their basketball skills? What happens when an Olympic athlete tweaks something in their lung DNA to help them run a three-minute mile? How would we even test for that? There are so many implications, both for sports and for beauty. It’s hard to know how our society will react, but unlike some of the other emerging technologies I’ve mentioned, CRISPR is real and it’s growing rapidly.

It’s still a very young technology and these things take time to develop. For a quick reference, penicillin was discovered in 1928, but it wasn’t commercially available until 1945. By comparison, CRISPR is barely five years old and biohackers are just starting to learn its limits and potential.

As that potential is realized, we may have to revisit other hard truths beyond those pertaining to fitness and health. From body image to sex appeal, a lot is going to change with this technology. It may be overwhelming, at times, but when it comes to sex appeal, humans are nothing if not adaptive.