From Stimulus To UBI: Has The Pandemic Made Basic Income A Relevant Issue? 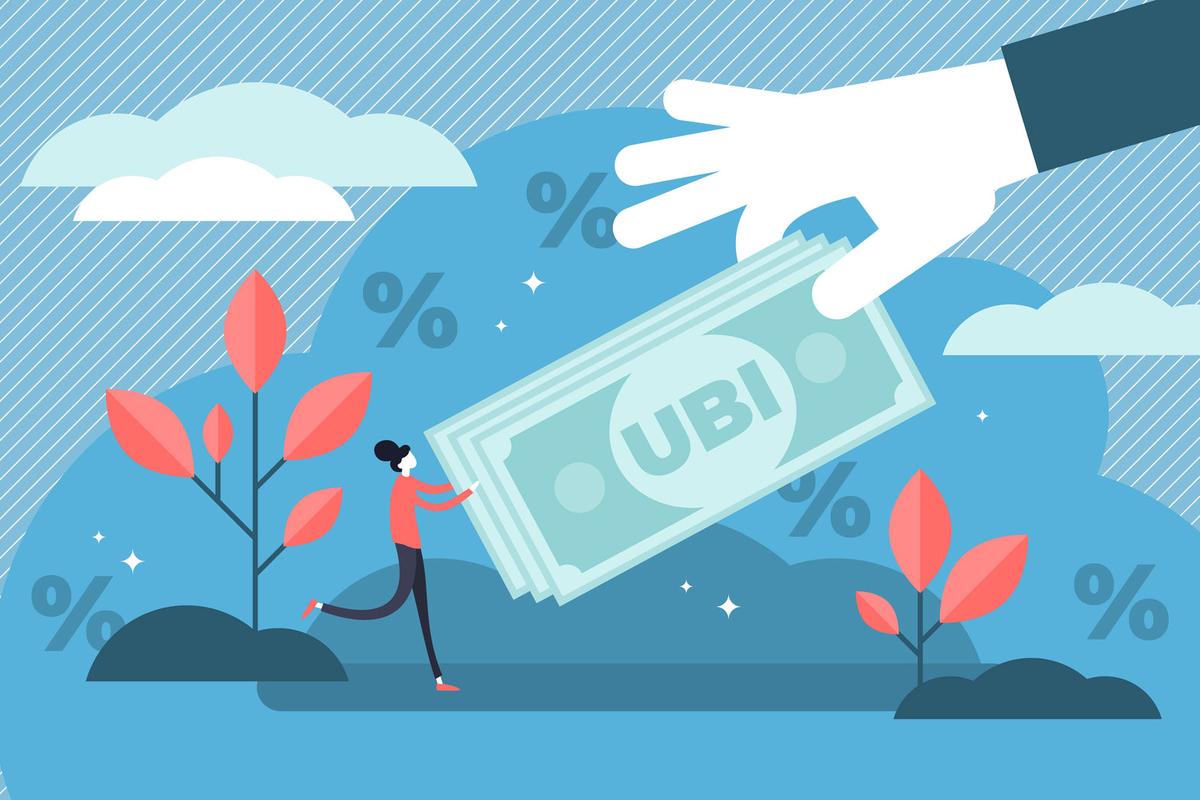 Sometimes, it takes a big, jarring, and outright awful incident to spark meaningful change. It’s an unfortunate necessity, given the stubborn proclivities of human nature. People naturally resist change. Change is hard, risky, and potentially dangerous. Even when the current state of affairs is awful, we won’t pursue meaningful change without kicking, screaming, and whining every step of the way.

The murder of George Floyd was one such incident. As bad as previous acts of police brutality had been, this one was just too awful to stomach. It triggered a wide range of vocal protests that, while limited in their impact, has made the need for change more palatable. It’s frustrating that it takes this kind of horror to get us to change an objectively flawed system, but that’s just the cards we’ve been dealt.

While efforts at justice reform and tempering police brutality are important endeavors, there’s another major change that has been brewing in recent months. Again, it’s becoming relevant due to something utterly horrific. In this case, it’s the COVID-19 global pandemic that has upended our lives, our economy, and our politics.

Now, let me make one thing clear. This pandemic is fucking awful. It’s killing people. It is, by any measure, doing a massive amount of harm to people all over the world. There is no silver lining that’s worth all the lives that have been lost and all the suffering this disease has caused. From killing thousands to canceling major events, this pandemic is as bad as it gets.

That being said, this might be the big, horrific event that makes Universal Basic Income a relevant issue and a feasible recourse for the future.

I wrote about Universal Basic Income, also known as UBI, a few years back. At the time, I considered it a fringe issue that wasn’t going to gain traction in the United States, or any other country, for at least a couple decades. It shouldn’t be that radical, giving people money directly instead of having them jump through so many bureaucratic hoops. Unfortunately, it was still seen as an extreme by ever political party.

That started to change with the surprisingly successful Presidential campaign of Andrew Yang, who made UBI the central pillar of his bid. That campaign helped expose more people to the idea while making it a legitimate political policy.

Then, as has been the common mantra of 2020, the pandemic hit and everything changed.

Now, with millions out of work and unemployment benefits being incredibly limited, the idea of UBI doesn’t seem so extreme anymore. If anything, it’s starting to feel necessary. That could ultimately accelerate this issue’s ascension to the mainstream much sooner than any could’ve expected.

In America, millions have already gotten a taste of it in the form of a one-time $1,200 stimulus check. It wasn’t much, in the grand scheme of things. It certainly wasn’t going to fix the many problems that were unfolding as millions of people lost their jobs, due to the pandemic. It was still real money that people desperately needed.

I can personally attest to how useful this money was. Like many, I received a stimulus check around mid-April. While I wasn’t in the same dire straits as millions of other working class families, that check still helped a lot.

At the time, I had some back-taxes that I was still trying to pay off from having purchased my current home. I wasn’t in a position to pay it back all at once. I would likely need a payment plan, which would’ve accrued interest over time. Then, the stimulus check came and I was able to pay it all off at once with no interest. I even had enough left over to do some overdue car repairs.

My situation was not typical. Millions of people spent their stimulus checks on a variety of goods and services, but therein lies the key. It still got spent. In economic terms, that’s critical for a functioning economy. While the state may take a short-term hit in its finances, a sizable chunk of that hit will be countered by people buying things and subsequently paying taxes on them.

While economics is an insanely complicated endeavor, most people understand the importance of having money to spend to keep businesses going and communities intact. Other countries are conducting even bolder experiments in this pandemic. The results vary, but the basic trends are the same. When you give poor, desperate people money, they spend it. They have to in order to survive.

If you’re rich, or even upper middle-class, you have the luxury of saving. An extra $1,200 isn’t going to do much. For some, it’s not even a single mortgage payment. However, since most people aren’t that rich, it’s guaranteed that money is going to get spent and push the economy along. It helps poor people and it generates business for the not-so-poor.

It certainly isn’t without cost, but the benefits thus far have been more than worth it. As more people who experience those benefit, the idea of UBI is only going to grow in terms of appeal. It’ll even become more feasible because these recent stimulus checks have proven that the government has the infrastructure to make this work. It just needs the scale.

Even after this pandemic ends, there will be huge upheavals for rich and poor alike. The economy is never going to be the same. Society will never be the same. The continued impact of automation and artificial intelligence is sure to accelerate that change. UBI might not have seemed feasible or necessary before, but 2020 has changed that. Expect more changes before all is said and done.

This pandemic has caused a lot of pain and irreparable losses. If, however, it can be the catalyst to make UBI a viable policy, then we might be able to draw some meaningful good from it. Only time will tell.

2 responses to “From Stimulus To UBI: Has The Pandemic Made Basic Income A Relevant Issue?”