In general, I’m an optimist. When a new year begins, I approach it with the hope and desire to make it better than the previous year. After the first half of 2020, I may need to change my approach. As much an optimist I try to be, even I have my limits.

This year has sucked the biggest set of elephant balls that it’s possible to suck. I hope I don’t need to explain why. Between a pandemic that has shut entire parts of society down and major riots protesting racial injustice, this year has been a massive kick in the balls for every optimist that dared approach this year with a sense of hope.

That said, I’ve yet to abandon that hope entirely. I credit my long-time love of superhero comics as a reason for that. Beyond the marketing gimmicks and wish fulfillment, superheroes embody an ideal. They dare to envision how good we can be in a world that many are determined to destroy. I take real comfort and joy in that. It’s just part of what makes New Comic Book Day so refreshing every week.

I know the news has been awful on so many levels these past few months. I won’t say the worst is behind us, but I will encourage everyone to keep pushing through the despair. A fresh batch of comics isn’t a cure-all, but it can help lift our wounded spirits. To that end, below is my pull list and my pick of the week.

Avengers Of The Wastelands #5

Revenge Of The Cosmic Ghost Rider #5

My Pick Of The Week
Wonder Woman #756 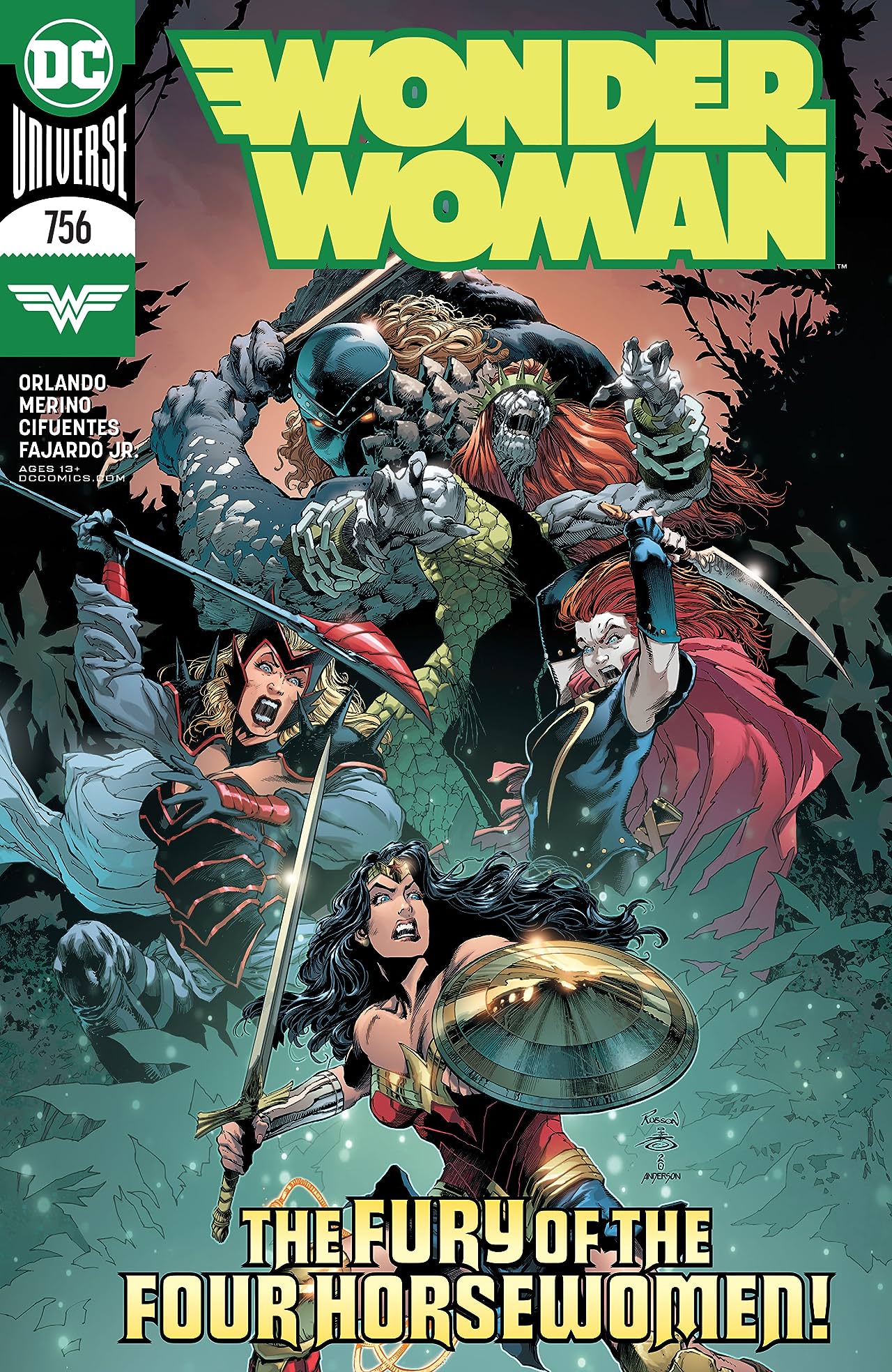 A true measure of someone’s honor is how they handle defeat. If internet comments sections and debates with creationists are any indication, people can get very ugly when they have no honor. With superheroes, there’s a similar dynamic. A characters heroism carries a lot more weight in defeat than it does in triumph. Those who don’t handle defeat well aren’t very heroic.

By that measure, Wonder Woman is in the uppermost percentile when it comes to honorable heroes and “Wonder Woman #756” further affirms that. Recent issues of Wonder Woman have really put her in questionable positions and these aren’t positions that she can fight her way out of. Where some heroes would’ve broken or whined, Wonder Woman’s unique capacity for honor and compassion continue to shine.

It has to against a foe like Warmaster. Writer Steve Orlando puts Wonder Woman in a difficult position. She lied to this woman. Even if it was to save her from her hateful upbringing, she lied to Paula Von Gunther. It wasn’t a small lie, either. Her entire life was a lie. Once the truth came out, she was not the least bit understanding.

In addition to fighting Wonder Woman, Warmaster’s plan starts to accelerate in “Wonder Woman #756.” She’s not just targeting Wonder Woman. She’s joined the four Horsewomen to exact a bloody revenge on everyone she cares about. That includes both her home, Themyscira, and all her friends in the outside world.

A lot is at stake for her, but she still holds back. Even when Warmaster tries to force impossible choices on her, Wonder Woman keeps fighting. That’s what she does. That’s what makes her both a warrior and a hero. However, it’s still not enough. Paula’s hatred is stronger than Wonder Woman’s compassion in this case.

However, Orlando stops short of putting Wonder Woman in a dire position. If anything, the way she conducts herself while having to fight someone she cares about shows just how heroic she can be in these situations. At the same time, her willingness to love and connect with others proves critical in helping her rise up after the beating she took.

I don’t want to spoil too much, but the last page of “Wonder Woman #756“ offers the kind of uplifting catharsis that we all need right now. That’s what an honorable hero does, even after they’ve lost. They still find a way to inspire.

That’s what Wonder Woman does.

That’s what makes her Wonder Woman.