Comic book fans are in the same boat as everyone with respect to navigating this awful pandemic. We’re just waiting out the worst of the storm. Eventually, it’ll pass. Then, slowly and steadily, life will get back to a new form of normal. Let’s face it. There’s no going back to the way things were before. The best we can do is forge a new normal out of this crisis.

The world of comics is already making an effort. As I noted last week, major comic companies are preparing a gradual relaunch of the industry. That means comic shops will finally get new books in stock. Digital comic outlets like Comixology will get to release mainline titles aside from the usual digital-only series. It’s still nowhere near the size of the traditional stock for New Comic Book Day, but it counts as progress.

As it stands, Marvel is still a couple weeks away from releasing a slate of new books. DC, however, is getting back in the swing of things earlier. This week marks the first week in which they’re releasing some mainline titles to market. Again, it’s not much, but it’s much better than nothing. Rather than showing my pull list, I’ll just offer a list of the releases for today, as well as links to previews.

After weeks on end with no new comics to speak of, this is the first true taste of a new normal for comics. Unlike major sports or movies, comics have an opportunity to get going and thrive once more. There’s still going to be some major upheavals and restructuring, but that process can finally begin. At a time when good news is hard to come by, I’ll take it.

In what I hope isn’t too minor a celebration, here’s a pick of the week that I hope boosts everyone’s spirits. We all need it.

My Pick Of The Week
Justice League #44 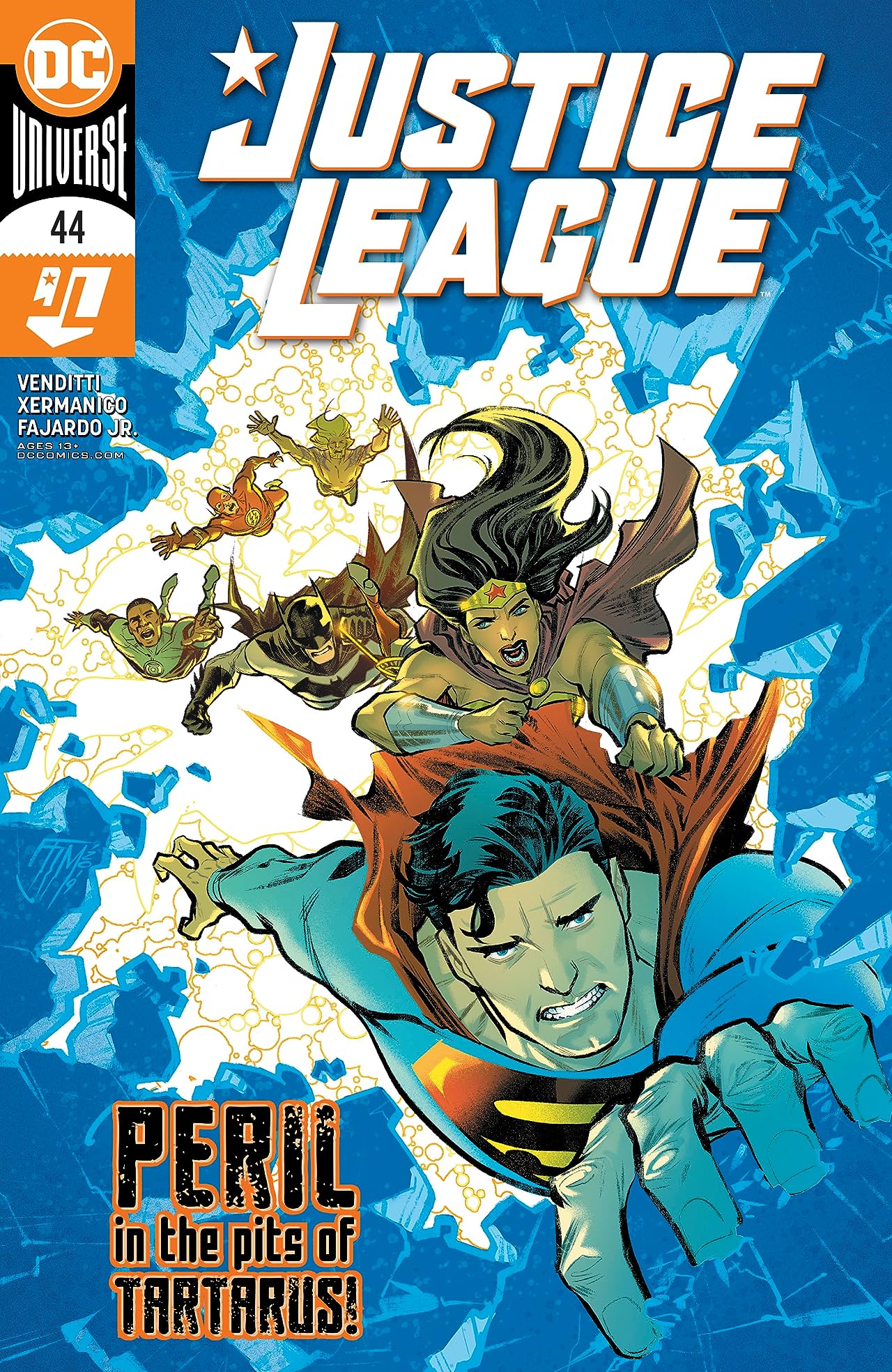 Some comics try to be deep, introspective, and profound. Writers and artists attempt to craft a complex story that they hope will leave a profound impact on reader on the best possible way. I fully support these kinds of comics. It’s part of why “Watchmen” is such a groundbreaking achievement for the genre.

At the same time, however, I support books that take the opposite approach. In lieu of being deep, it sticks to the basics of what makes comics fun, but still leaves room for novelty. That’s exactly where books like “Justice League #44” come in. It doesn’t try to reinvent any genre. It just tries to have fun with DC’s most iconic characters.

After weeks on end with no new comics for mainline books, “Justice League #44” is just what we need to remind us why New Comic Book Day is the best day of the week. Writer Robert Venditti and artist Xermanico stick to a basic formula. Take the Justice League, have them answer a distress call, and then unleash giant mythical monsters for them to fight. It’s every bit as entertaining as it sounds.

That’s not to say its shallow or crude. There is a deeper plot at work here. It’s hinted at through some mysterious monologues throughout the issue. We don’t find out who it is until the end, but they provide that extra bit of novelty that makes “Justice League #44” more than just a generic heroes vs. monster brawl.

Those versed in Greek mythology will recognize some of those monsters. Others versed in Wonder Woman’s lore will also sensed something amiss before the fighting stops. What starts off as a distress call from Aquaman in Antarctica turns into a much larger threat that even the Justice League is ill-equipped to handle. The how and the why are teased, but the extent and breadth of that threat are abundantly clear.

In a sense, Justice League comics are the comic book equivalent of comfort food. They’re what you go to when you want something as warm and familiar as an old pair of sweat pants. Between global pandemics and massive upheavals in the comic book industry, we all need a little bit of that comfort food. Even with a limited selection, that’s exactly what “Justice League #44” provides and it’s delicious.