Anyone who has read superhero comics for a sizable chunk of their lives knows the difference between a gimmick and a genuine plot upheaval. Gimmicks are shallow. They’re sales tactics disguised as shocking twists that promise to change a character, world, or team forever. Most of the time, they get retconned within a few years.

Plot upheavals that are real, genuine, and permanent are rarer, but that’s what makes them more precious. They often become defining moments in their own right for a character or a franchise. For comic fans, they’re like major life-changing events.

In the same way you vividly recall your first kiss or your first car, you remember where you were when Superman married Lois Lane.

You remember where you were when the Joker brutally beat up Jason Todd.

You remember where you were when Barry Allen died during Crisis on Infinite Earths.

In that same tradition, you’ll probably remember where you were when you read “Superman #18.” This is a comic that promises to change Superman’s life and his story in major ways. It’s the comic in which he finally reveals his secret identity to the world. It’s not a gimmick this time. This is real and it has an impact that will likely resonate for years to come. 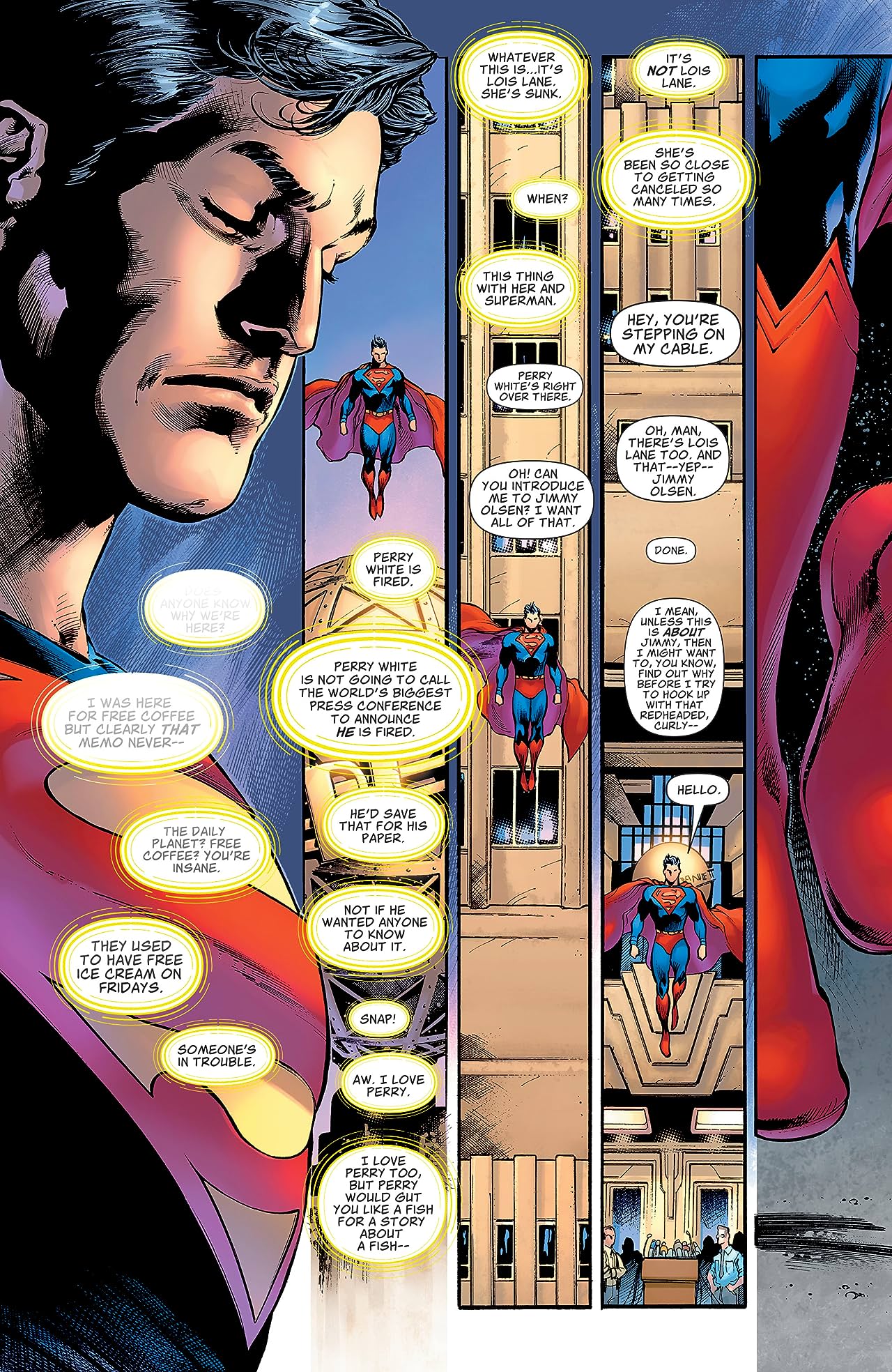 Writer Brian Michael Bendis has built a career on powerful, dramatic moments. He did it for years at Marvel with Spider-Man, the Avengers, and the X-Men. Since he began his run on Superman, he’s taken the Man of Steel through his share of upheavals. Superman’s semi-stable family life with his wife and son became a lot less stable, but he still hung onto the same identity that had kept him grounded for decades.

That finally changes in “Superman #18.” It’s not a snap decision, either. This isn’t Tony Stark going off the cuff at the end of “Iron Man.” That’s not how Superman does things. He’s thoughtful, thorough, and very much aware of the implications. He doesn’t agonize or brood over it, as many other heroes are prone to do, especially if they have egos like Tony Stark. He simply tries to determine the right thing to do.

It’s not easy. Before the big reveal, Bendis takes Superman through a round of self-reflection in which he goes over all the reasons why he maintained his secret identity as Clark Kent. Some of those reasons were entirely valid. They weren’t excuses that kept demanding more excuses. They genuinely felt like the right thing at the time.

Superman lived as Clark Kent so he could be human. That has always been important to him, going back to the Golden Age. He’s an alien from another world, trying to live and be part of this new home that he has come to love. Being Clark helped him be human, even though he is objectively not human. 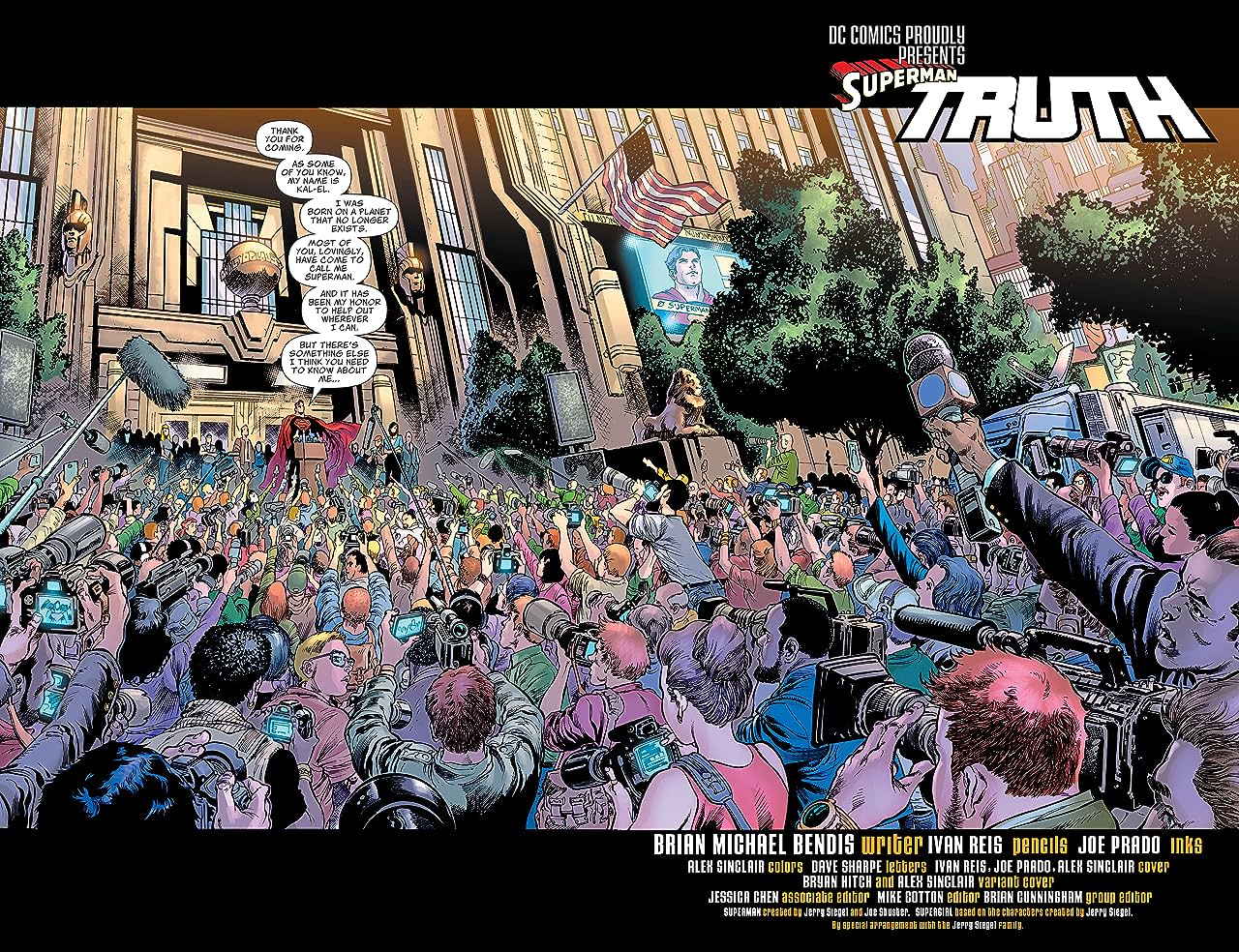 While that might have been important before, a lot has changed for Superman. He no longer has anything to prove. He’s built a life as Clark Kent. He has established himself as Superman, a hero among heroes who sets the highest standards for humans and aliens alike. He couldn’t have done this without maintaining his secret identity. The only question is what more can he do to justify keeping that identity?

The tipping point in “Superman #18” comes when Superman recounts what happens when others in his life have kept secrets. Even if they were kept for good reasons, it never ended with just that secret. One secret demands another. As they compound over time, they become dangerous.

That’s still only part of the issue. Beyond the secrets, having that identity sends a message to the same people he’s trying to protect. It says that he doesn’t trust them to handle him being both Superman and Clark Kent. Maybe that made sense when he was still winning their trust, but it doesn’t make sense anymore. It also helps make the right thing to do very clear.

That effectively ends the debate. Whenever Superman is faced with a decision, his first and only instinct is to do the right thing. That’s exactly what he does in “Superman #18.” 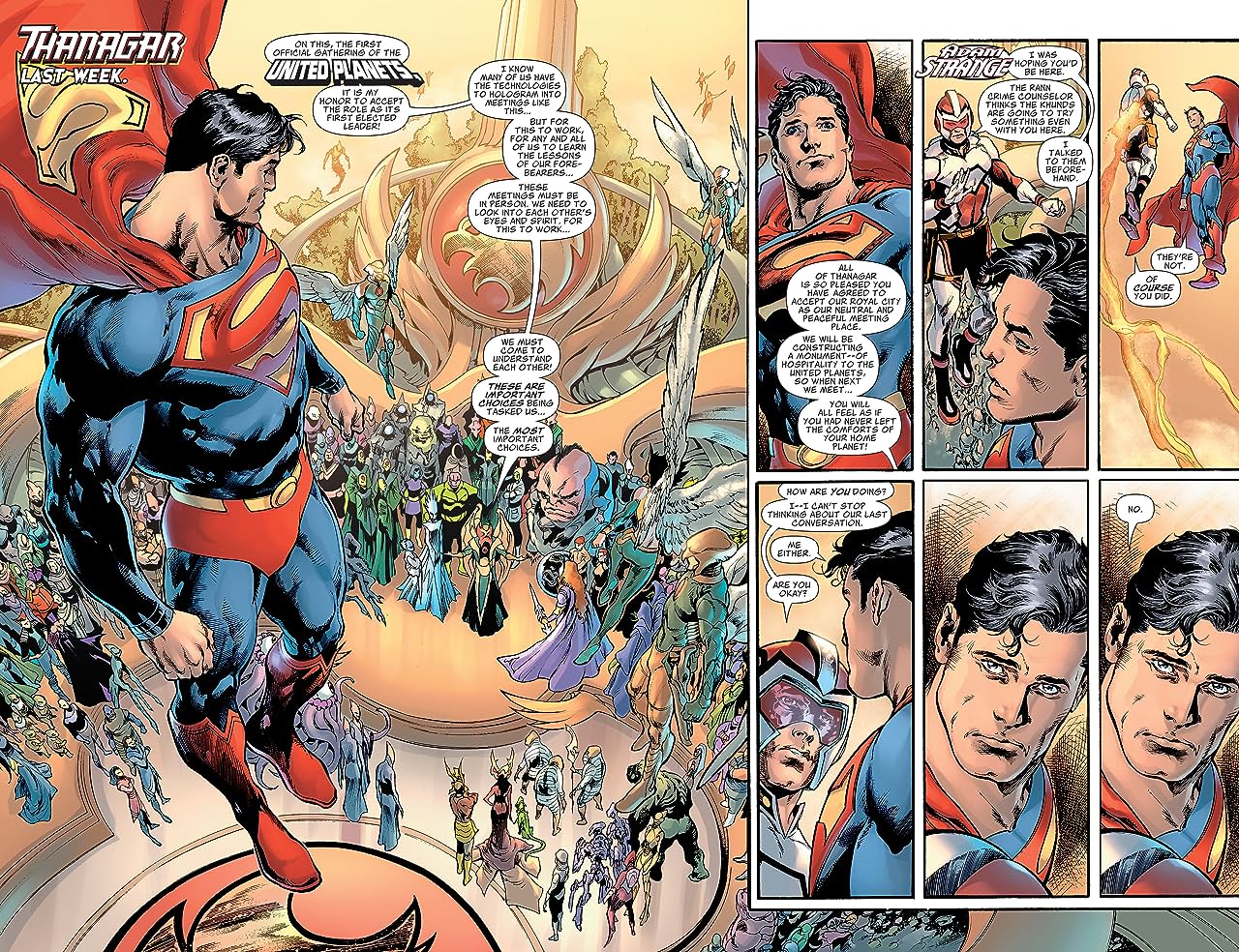 It’s what helps make the big moment in “Superman #18” feel like something other than a gimmick. Bendis makes sure that Superman revealing his identity to the world is the right thing to do. It never comes off as the end of something, either. Whenever Superman’s identity has been revealed in the past, it has always been a complication or a last resort. That’s not how it’s framed here.

“Superman #18” feels like another step in Superman’s journey to be the hero by which all other heroes are measured. He’s lived as a human. He’s become an iconic hero. Those lives no longer need to be separate. In Superman’s eyes, they shouldn’t be. He’s still the same man, whether he’s wearing glasses or his iconic cape.

In principle, it’s a minor distinction. However, at no point in “Superman #18” does it feel trivial. Superman acknowledges that this is going to change things. His life is going to change, both as Superman and as Clark Kent. He knows there will be difficulties, but he’s willing to face them. He’s also willing to trust in the same people he protects to face them with him.

It’s a beautiful, powerful moment made all the more memorable by the art of Ivan Reis. It doesn’t require Superman to save the world, defeat Lex Luthor, or punch a planet into dust. It just requires him to do the right thing. That doesn’t just make him a hero. That’s what makes him Superman.