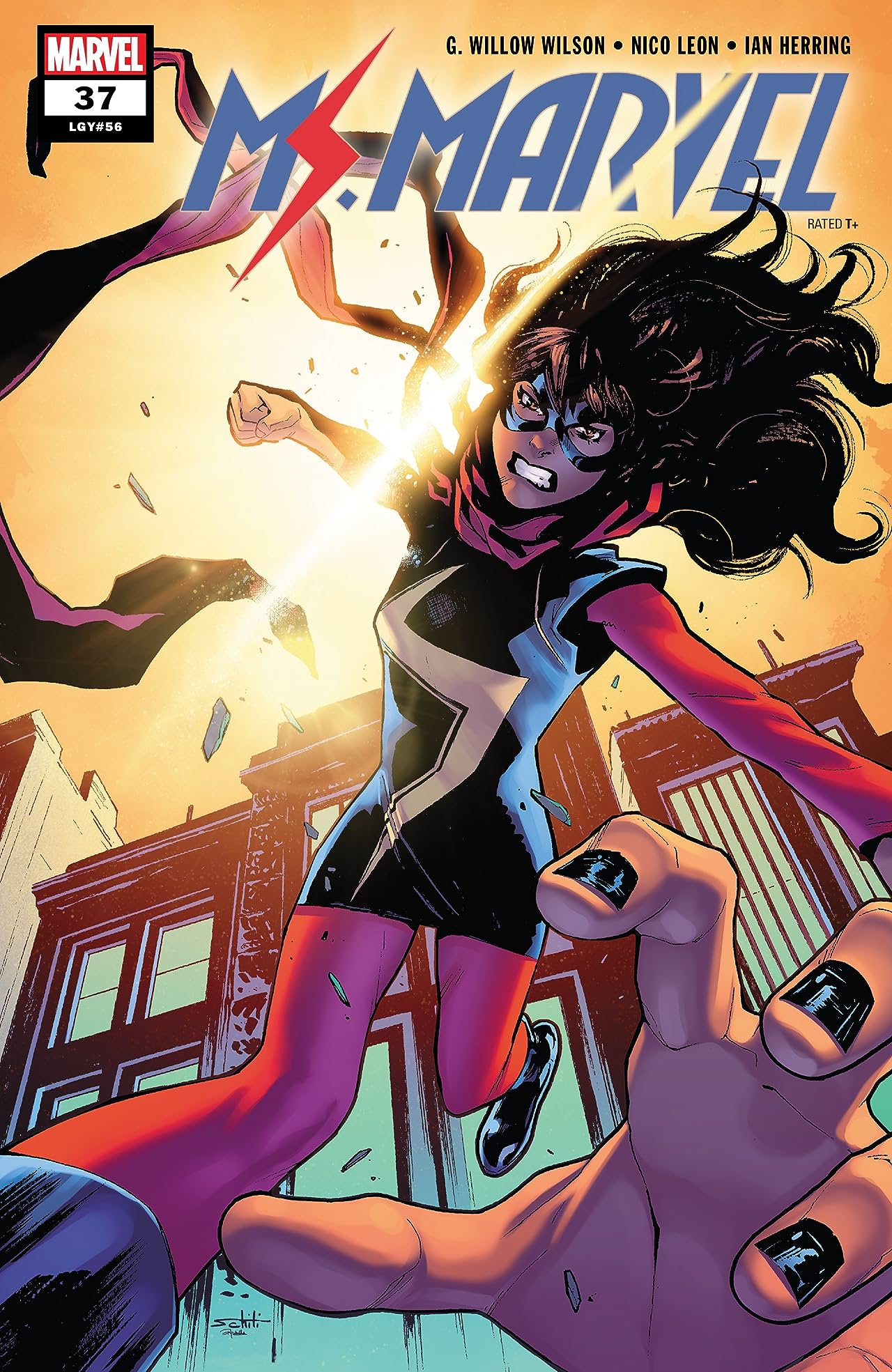 Every Wednesday is a holiday for comic book fans. That’s the day when a fresh batch of comics from companies we love to complain about give us a fresh dose of ink-laden awesome. Within each batch of books are plenty of comics to brighten your week and make the world a little more magical. I try to single one particular comic out from that pack that I feel has more magic than most.

This week’s comic quick pick was tricky. There were some quality books this week from the likes of X-men, Justice League, Wonder Woman, and Spider-Man. However, one book found a way to stand out in the most adorable way possible. That book is “Ms. Marvel #37” and if you have a low tolerance for cuteness, this book may be too much for you.

I’ve sang the praises of Kamala Khan in the past. I’ll likely find new ways to praise her in the future, especially if she ends up joining the Marvel Cinematic Universe. She’s one of the most likable characters in all of superhero comics. It helps that she hasn’t been around long enough to do something awful, but it also helps when her personal struggles and her superhero struggles blend together perfectly. 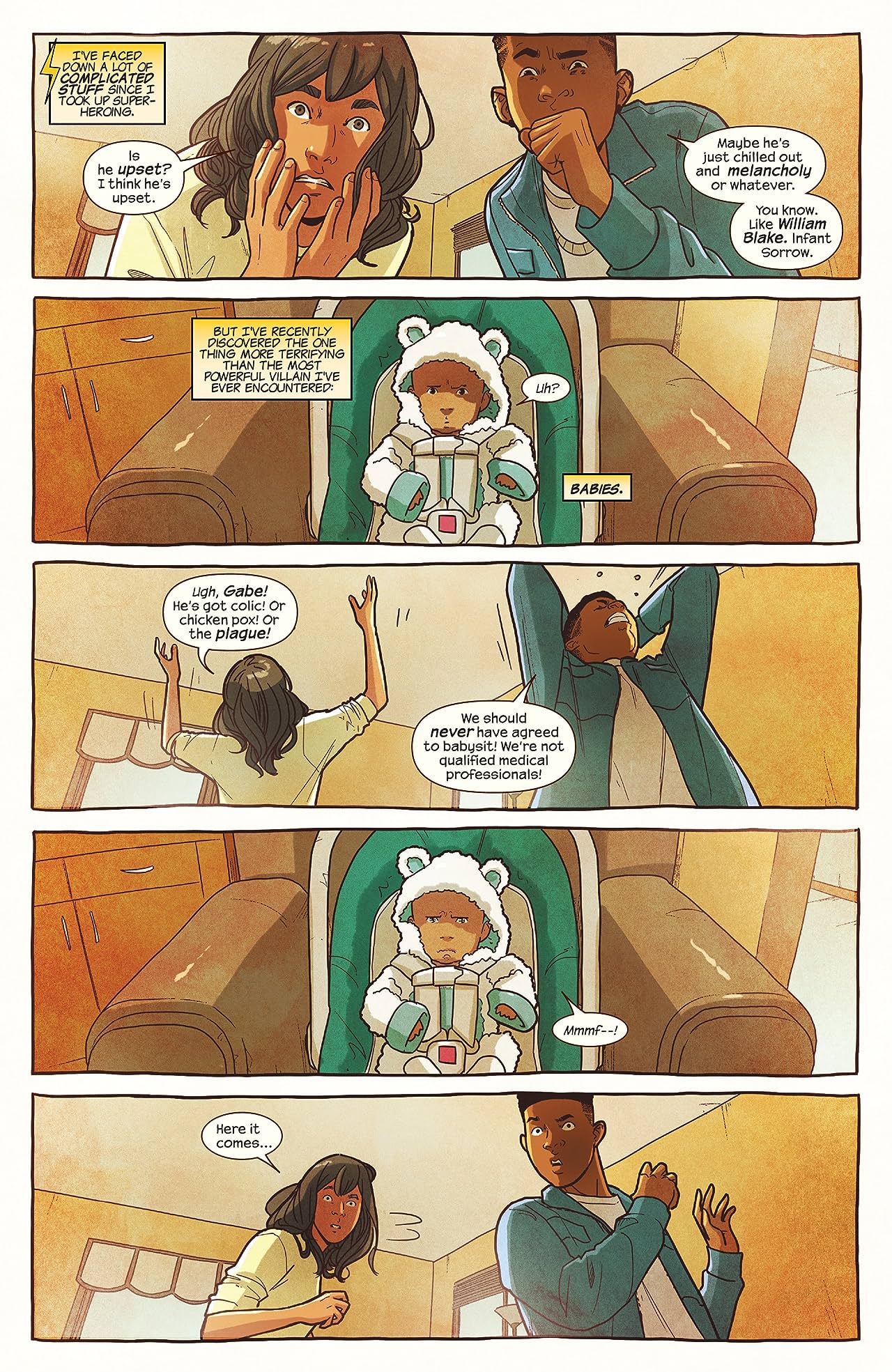 That’s the primary theme in “Ms. Marvel #37.” There isn’t a villain to fight, for once. There is a disaster, but it’s not caused by a 100-foot monster or a mad scientist with access to too much plutonium. It’s caused by some a mix of bad luck and poor infrastructure, something that just happens to be a growing issue in the real world.

It’s not nearly as preachy as it sounds. It’s the kind of issue that the Avengers and other superhero teams don’t get to do often enough, help innocent people dealing with a disaster. Kamala gets to be a different kind of hero, one who does more than just punch villains. It helps reinforce that she’s not just a hero for the sake of wearing a fancy costume. She’s a hero because she genuinely wants to do the right thing.

What a concept, right? Kamala is someone who just does the right thing because it’s the right thing. Superman doesn’t have to be the only one with those kinds of values. Unlike Superman, though, Kamala has to do the right thing while babysitting. No, I’m not referring to having an annoying side-kick. I’m talking about a real, actual, diaper-wearing baby.

That baby belongs to her brother, Aamir. He entrusted Kamala and his wife’s brother, Gabe, to watch him. It started going wrong before people needed rescuing, albeit in a hilariously endearing way. Kamala has dealt with some pretty major threats since becoming Ms. Marvel. However, she’s never dealt with a baby and that overwhelms her than her last team-up with Carol Danvers. 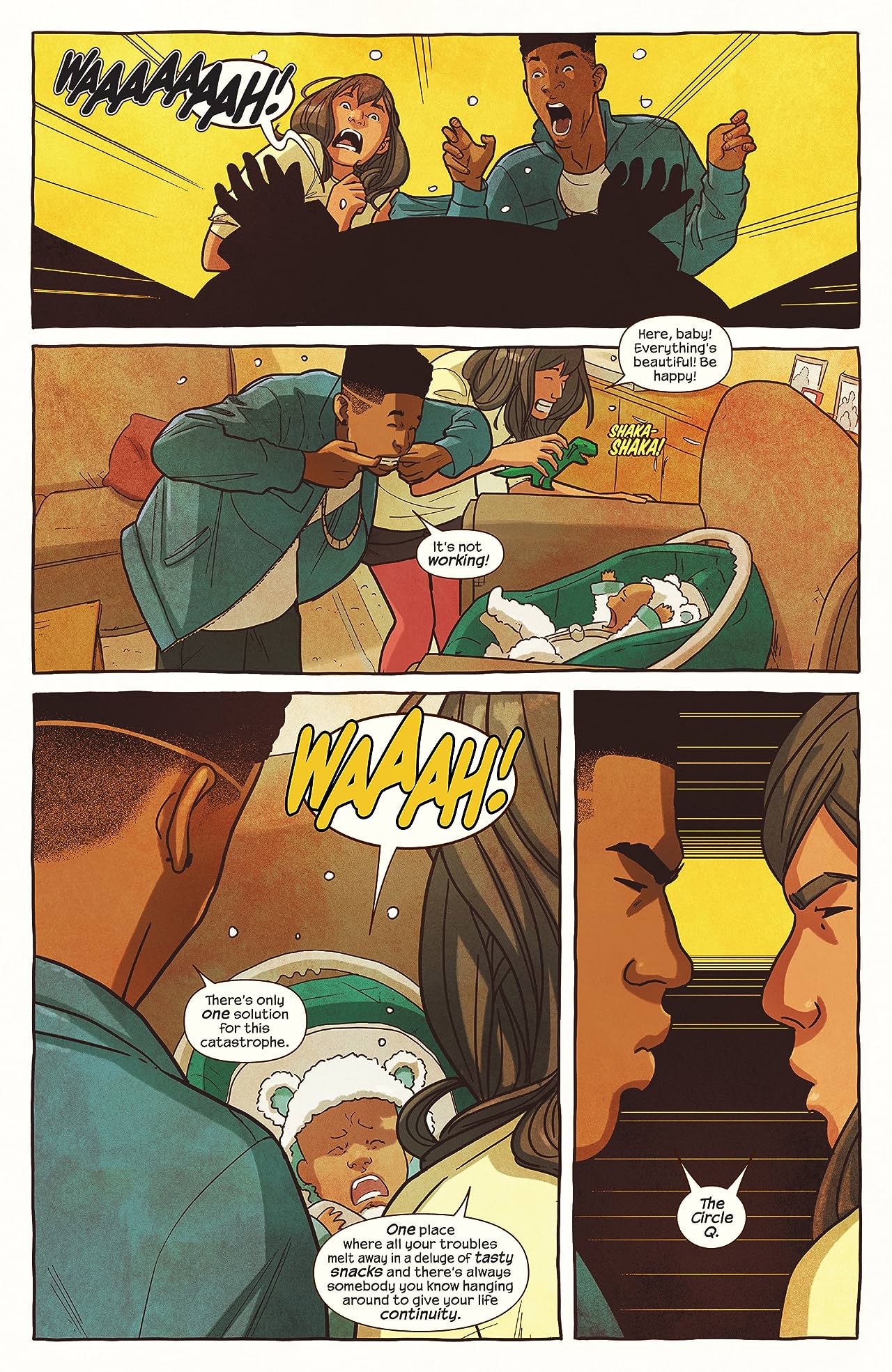 It’s as hilarious as it is fitting. It shows that Kamala is still a teenage girl. She’s still young and easily overwhelmed by things she isn’t familiar with. She ends up having to rely on friends and supporting cast to help her, of which she has many. They all have a knack for showing Kamala that things don’t have to be as dire as she thinks. Experience will help you cope, regardless of whether you’re a superhero.

It’s a good message that’s a lot more useful than old PSA’s about eating vegetables and saying no to drugs. “Ms. Marvel #37” continues Kamala’s tradition of making a positive statement through superhero comics, something that seems corny on paper, but works beautifully through her.

It’s part of what makes Kamala so endearing. It’s also what makes her such an effective superhero as Ms. Marvel. She doesn’t just save the day. She inspires others and is, in turn, inspired by them. When things get rough, she reacts in a way that feels distinctly human. In the Marvel universe, which is populated by gods, demigods, and Squirrel Girl, it’s nothing short of refreshing. 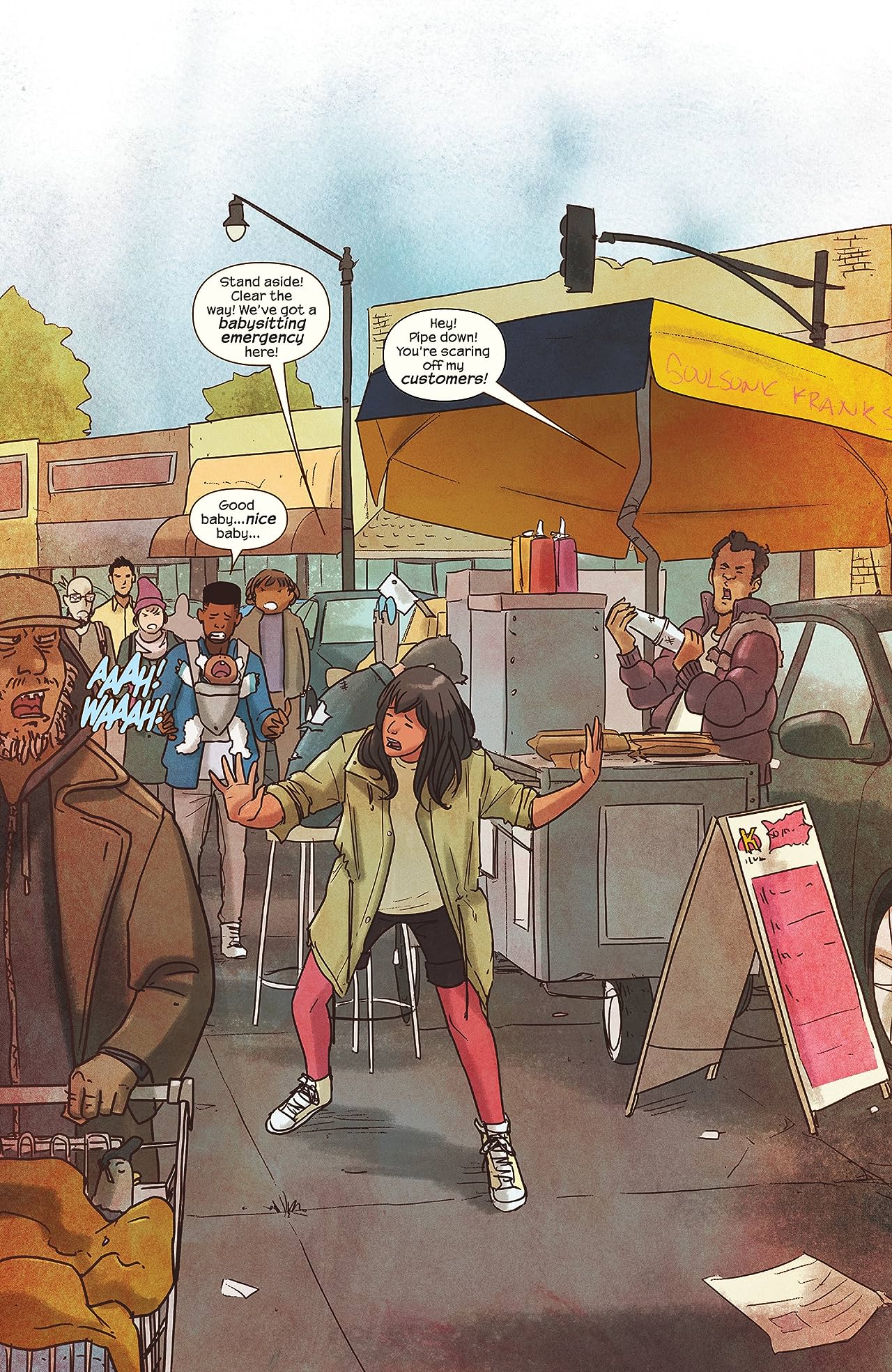 To say Kamala has a rough, but enlightening day in “Ms. Marvel #37” would be accurate. It’s just as accurate to say that she has a few low points where she lets the stresses of babysitting and superhero work get to her. That only makes how she handles it that much more fitting.

“Ms. Marvel #37” is not part of a larger story arc, nor is it tied to some ongoing event. It’s a simple, self-contained comic that G. Willow Wilson and Nico Leon use to remind us why Kamala Khan is so lovable. In that sense, it works. In another, the final page provides an ominous hint that Kamala and her family are about to endure a major upheaval in the best possible way.

There are a lot of events going on in the world of superheroes. It’s tough, if not frustrating, to keep up with all of them. That’s exactly what makes “Ms. Marvel #37” so enjoyable. It’s one comic with one story about one lovable hero. You get you’re money’s worth, both in terms of satisfaction and feels. What more could you want?