Walter White Vs. Saul Goodman: A Tale Of Two Villains

If the road to Hell is paved with good intentions, then the road to villainy has many paths with similar landmarks. Well-developed villains can be every bit as compelling as their heroic counterparts, if not more so. Ever since Heath Ledger’s Joker stole the show and an Oscar in “The Dark Knight,” great villains aren’t just a complement to the heroes. They’re a journey unto themselves.

At the moment, Walter White from “Breaking Bad” is the ultimate embodiment of this journey. His path to villainy made for some of the greatest moments in modern television and Bryan Cranston has the Emmy trophies to prove it. Since then, it seems as though everyone is just struggle to keep up.

However, there’s one journey that comes very close and is remarkably similar. Fittingly enough, it spins right out of the world of “Breaking Bad.” I’m talking, of course, about “Better Call Saul,” the prequel/spin-off that tells the story of how an aspiring lawyer named James McGill became the morally bankrupt legal guru, Saul Goodman.

I’ve been watching this show closely for a while now. I was originally planning to wait until the conclusion of Season 4 to write about it, but after re-watching the Season 3 finale, I feel like there’s too much to work with. After seeing that episode, I feel like I saw a turning point in the ongoing transformation of James McGill to Saul Goodman. I also saw some important parallels with Walter White that are worth discussing.

At its core, “Breaking Bad” is a story about how a law-biding man goes from an underpaid chemistry teacher to a blood-thirsty drug kingpin. Creator Vince Gilligan nicely summed up Walt’s transformation as going from Mr. Chips to Scarface. That journey, and the story behind it, took an initially unassuming character and turned them into someone they never thought they could be. The essence of “Better Call Saul” is very different. James McGill is not the same as Walter White. From the very first episode, we can see traces of the unscrupulous con man manifesting in a many ways. The show establishes in Season 1 that James McGill is not some clean-cut straight-arrow like Walt was. His soul was tainted before he ever applied to law school.

James “Slipping Jimmy” McGill is someone who always seems inclined to cut corners, break rules, and cheat to get ahead. That’s something his older brother, Charles “Chuck” McGill, constantly points out over the course of the first three seasons. Every time Jimmy had a chance to do the right thing, he compromised. Just doing the right thing wasn’t enough for him. 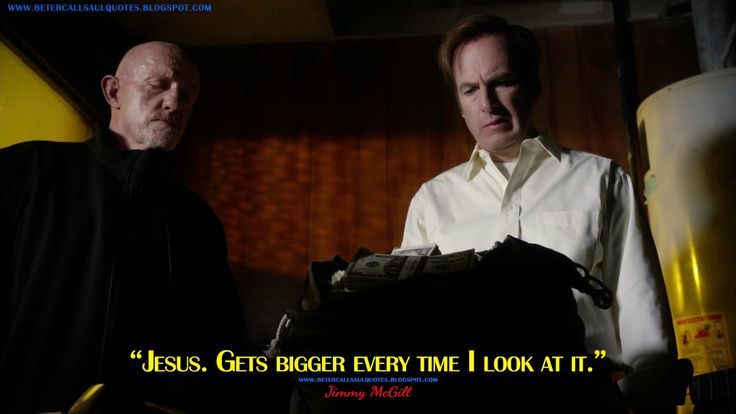 Walter White’s decision-making process was similar. In the early seasons of “Breaking Bad,” he showed a reluctance to cross certain lines and go too far. He often found himself pushed or tempted, sometimes by forces beyond his control and sometimes by the consequences of actions. At the end of the day, though, he still didn’t get off that path.

That’s a common thread for many villains in their journey. They find themselves on that path and they see opportunities to leave it, but they choose not to. They don’t seek redemption like a hero would. They just keep making excuses, willfully entering a brutal cycle of corruption and compromise.

Whereas Walt succumbed to that cycle, though, James McGill steadily embraces it. Moreover, he isn’t drawn into that path by tragedy or bad luck. He gravitates towards it. He’s even excited by it. James is at his most animated and charismatic when he’s pulling a con, putting on a show, or crafting a lie. It’s not a necessity like it was for Walt. It’s a thrill. 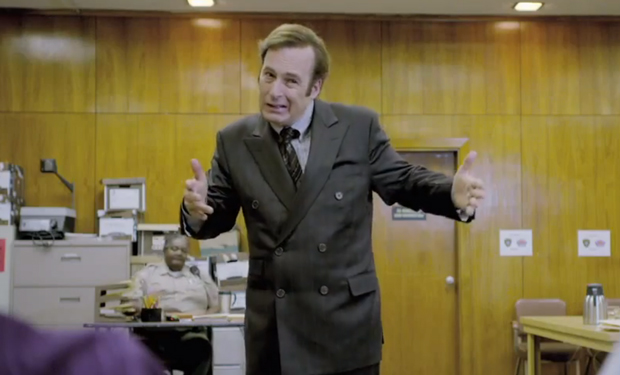 If James is tempted by anything, it’s the lure of walking the honorable path like his older brother. In fact, Chuck might have been the only positive influence that kept Jimmy from becoming something worse than a sleazy con-man. He and a host of other influence, especially Kim Wexler and Howard Hamlin, play the part of a reverse temptress, trying to keep him off that villainous path.

Early on, there’s a sense that James genuinely wants to be a decent, upstanding lawyer. There are situations where he does the right thing. Some of the causes he takes on, such as a case against an elder care facility that was stealing money from its residents, are objectively noble. In the end, though, doing the right thing isn’t enough for him. The end of Season 1 really cements that.

Walt goes through a similar process early on. Like the “refusal of the call” that heroes experience, Walt attempts to escape the villainous path. However, a combination of circumstances and choices put Walt back on the road towards becoming Heisenberg. By the end of Season 1, there’s a sense that there’s no going back.

Where Walt and James diverge, as villains, it’s how and why they make their choices. Walt becomes Heisenberg because he think he has to, first for his family and later for selfish reasons. James becomes Saul Goodman because he wants to. He tried to be the upstanding lawyer his brother and friends wanted. It just didn’t work for him. Being James McGill just wasn’t enough.

There’s plenty of conflict surrounding those choices. Part of why I love “Better Call Saul” is how it reveals the steady progression from James McGill to Saul Goodman. It doesn’t happen all at once. It doesn’t even happen in a steady, linear narrative. James fluctuates on his journey to becoming Saul. He even hesitates a few times. He still doesn’t avoid it in the end.

That ending, as revealed through the finale of “Breaking Bad” and the flash-forward sequences of “Better Call Saul,” shows one other key distinction between Walt and Jimmy. While both men complete their villainous journey, they both end up in very different places. Walt is dead or at least close to it, as some fan theories predict. However, Saul Goodman’s fate might actually be worse. 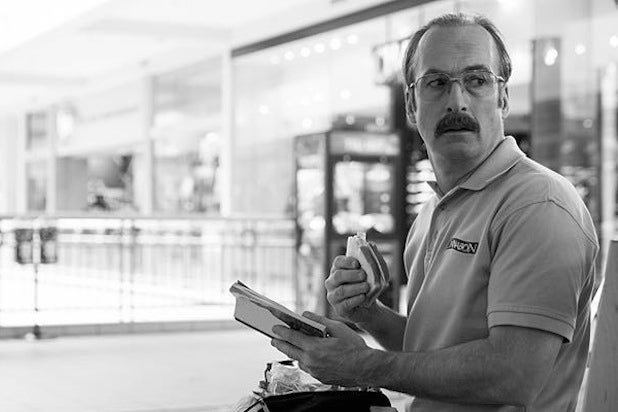 In the first minutes of the first episode of “Better Call Saul,” we see what came of James McGill/Saul Goodman after the events of “Breaking Bad.” Gone are the days where he shows up in flashy commercials and hatches elaborate cons on unsuspecting people. Instead, he lives an unexciting, mundane life in Omaha, Nebraska managing a Cinnabon.

Some might argue this is Saul’s personal Hell, trapped in a such a sad and unassuming life. I would say it’s more like his purgatory. In this world, he can’t embrace that villainous persona that gave him so many thrills. Even if he wanted to be that villainous character again, he can’t because it means losing what little he has left.

Just as he frequently did in the early seasons of “Better Call Saul,” James McGill takes the easy way out. Walt tried that too in the last few episodes of “Breaking Bad,” but that didn’t last. He eventually chose to confront the byproduct of his villainous choices. James ran and didn’t look back. The easiest path, in the journey of a villain, is often a coward’s path.

Whether or not James McGill escapes his purgatory or continues wallowing in obscurity remains to be seen. The fact he ends up in this state after undergoing this transformation into Saul Goodman reveals another critical component to the villain’s journey. While the hero ultimately triumphs, the villain eventually loses. It doesn’t always end with them going to jail, but they often endure a less-than-desirable fate.

“Breaking Bad” and “Better Call Saul” are both great shows that set a new standard for depicting the evolution of a character into a villain. I won’t claim that “Better Call Saul” is superior to its predecessor, if only because the story isn’t finished. It does, however, accomplish something every bit as remarkable as the story of Walter White. The process of becoming a villain is a steady, inconsistent journey full of many complications and tough choices. Walter White and James McGill began that journey under different circumstances and ended up in different places. Ultimately, they both crossed lines that sealed their respective fates. It’s tragic in some ways, but it makes for some damn good television.

One response to “Walter White Vs. Saul Goodman: A Tale Of Two Villains”