When (And When Not) To Listen To Fan Backlash

In Hollywood, there’s somewhat of a paradox when it comes to ego. You need to have a certain amount of arrogance to believe you can make the kinds of movies that fans, critics, and executives who love swimming in pools of cash all love. At the same time, you also need to be humble enough to know when your ideas are crap.

It’s a bit easier for someone like me because I’m not a famous director, artist, or novelist just yet. I can still walk down the street without body guards and not be harassed by fans or stalkers. For someone like Rian Johnson, though, I imagine it takes a very different blend of arrogance and humility to navigate the creative process.

I’m sure that blend has been more erratic than usual for the past several months for Mr. Johnson. There’s already a sizable contingent of Star Wars fans who see him the same way Batman fans see Joel Shumacher after “Batman and Robin.” To say fans had mixed reactions to “Star Wars: The Last Jedi” would be the most polite way of saying that these have been the most difficult times for those fans since the days of Jar Jar Binks.

While I made my sentiments on the movie clear last year, I don’t deny that fans have some legitimate gripes about the movie. There are indeed times when it feels like the movie is trying to push an agenda and it doesn’t push it very well. There are also fairly sizable plot holes that are difficult to overlook, which may also reflect some creative upheavals that occurred behind the scenes.

Regardless of how you feel about “Star Wars: The Last Jedi” or the criticism surrounding it, there’s no denying that it had issues. That was going to happen, regardless of how the movie turned out. However, it’s the way Mr. Johnson reacted to those issues that’s most revealing here. It’s also somewhat of a lesson in both arrogance and humility.

Since the film’s release, Rian Johnson hasn’t been willfully ignorant about fan criticisms. To his credit, he hasn’t resorted to name-calling or scoffing. He’s been fairly diplomatic, for the most part. In an interview with Business Insider, this was his primary response.

Having been a “Star Wars” fan my whole life, and having spent most of my life on the other side of the curb and in that fandom, it softens the blow a little bit.

I’m aware through my own experience that, first of all, the fans are so passionate, they care so deeply — sometimes they care very violently at me on Twitter. But it’s because they care about these things, and it hurts when you’re expecting something specific and you don’t get it from something that you love. It always hurts, so I don’t take it personally if a fan reacts negatively and lashes out on me on Twitter. That’s fine. It’s my job to be there for that. Like you said, every fan has a list of stuff they want a “Star Wars” movie to be and they don’t want a “Star Wars” movie to be. You’re going to find very few fans out there whose lists line up.

And I also know the same way the original movies were personal for Lucas. Lucas never made a “Star Wars” movie by sitting down and thinking, “What do the fans want to see?” And I knew if I wrote wondering what the fans would want, as tempting as that is, it wouldn’t work, because people would still be shouting at me, “F— you, you ruined ‘Star Wars,'” and I would make a bad movie. And ultimately, that’s the one thing nobody wants.

And let me just add that 80-90% of the reaction I’ve gotten from Twitter has been really lovely. There’s been a lot of joy and love from fans. When I talk about the negative stuff, that’s not the full picture of the fans at all.

While I agree with most of what Mr. Johnson said, it’s the bold parts that I find most questionable. It’s at that point where Mr. Johnson goes from being diplomatic to showing signs of the kind of arrogance that undercuts criticism, as a whole.

First off, the idea that George Lucas never made the original “Star Wars” with fans in mind is an unfair comparison. For one, that movie had no fan base to build from and no fans to please. Moreover, Lucas purposefully employed the kind of hero’s journey narrative that had been pleasing fans for centuries. The fact that Luke Skywalker’s story fits Joseph Campbell’s heroic archetype to the letter is not a coincidence. 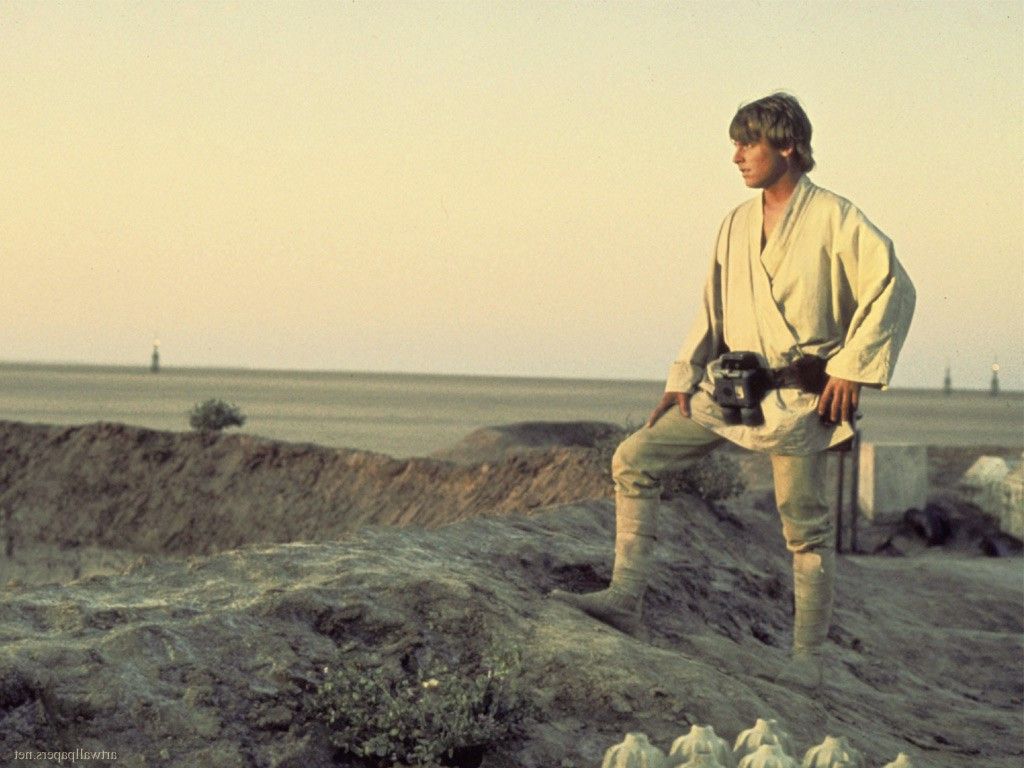 Secondly, the passions of fans aren’t just built around wanting to see more light saber battles and/or Princess Leia in a bikini. Fans may be unruly and unreasonable at times, but they are the ones that make franchises like Star Wars so successful. They’re the ones who wait in line at the theaters, dress up at comic cons, and spark heated discussions on message boards.

The fans matter is what I’m saying. When there’s an obvious disparity between what the fans are saying and what critics are saying, then there are clearly larger forces at work that go beyond fans being petty. That’s when backlash becomes more than just complaining.

It’s one thing for a handful of fans to overly scrutinize a movie. It’s quite another when there’s a large contingent of fans express a wide variety of concerns, ranging from agenda-pushing to real gaps in the plot. That kind of variety implies that there were missteps beyond not making clear whether Han or Greedo shoot first.

When the criticisms don’t have to get that petty, it’s usually a sign that you should grit your teeth, thicken your skin, and sift through the anger and outrage to see what didn’t work in the final product. Doing so doesn’t mean admitting that you’re a bad director or artist. It just means that you’re willing to take in criticism and learn from it.

Rian Johnson, as well-mannered as he has been since “Star Wars: The Last Jedi” came out, never gives the impression that he, an admitted fan, took the criticisms of fans too seriously. It was akin to getting information from a test screening and completely throwing it out, something movies often do at their own peril.

It’s one thing to have a vision that you want to see through. I certainly felt that way when I wrote some of my novels. It’s quite another when that vision becomes so rigid that you stop listening to people trying to tell you that parts of it are flawed. Mr. Johnson seemed to ignore those flaws while listening to those who told him what he wanted to hear. Being a successful Hollywood type, that’s kind of unavoidable. 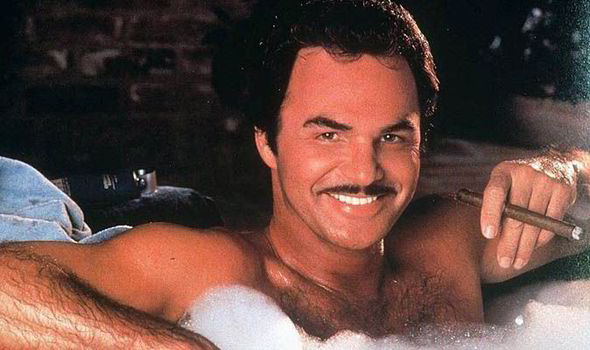 That’s also why maintaining a sense of humility is so important. I never assume that a vision that I have for a novel or short story is inherently flawless. In fact, I work under the assumption that it’s crap and needs refinement. The creative process itself is always ongoing and anyone who isn’t trying to improve their craft is dooming themselves to stagnation. Listening to fans, even annoying ones, is part of that process.

Now, I don’t know Rian Johnson and won’t pretend to understand the kind of pressure he faced from Disney to make “Star Wars: The Last Jedi” another billion-dollar hit. I also won’t pretend to understand what it feels like to see all sorts of hateful comments about how he ruined an iconic franchise. That takes thick skin that not a lot of people have.

However, when there’s an obvious disconnect between your vision and the sentiments of fans, one that is backed up by more than a handful of mean tweets, then ignoring the backlash is one of the worst things you can do. Trolls can be mean, but at a certain point, blaming trolls is no more credible than blaming the Illuminati.

If there’s a lesson to be learned from “Star Wars: The Last Jedi” and Rian Johnson, it’s that there are times when backlash is an unavoidable part of the creative process and there are times when it’s a sign that there’s a flaw in that process. The signs were there for Mr. Johnson. He chose to ignore them in the name of pursuing his own vision and arrogantly believing that it would work.

That arrogance isn’t necessarily a bad thing in terms of creativity, but it is a major risk and the fan backlash implies that the risk didn’t entirely pay off. J. J. Abrams played it safe in “Star Wars: The Force Awakens,” sticking to the tried and true formula that the original trilogy made so iconic. While it also had its share of criticism, it was minor and narrow compared to what Mr. Johnson got with “Star Wars: The Last Jedi.”

The fact that J. J. Abrams is coming back to direct the next Star Wars movie is another sign that there was more than just trolling behind the backlash surrounding “Star Wars: The Last Jedi.” While I still enjoyed the movie, personally, I believe the movie would’ve benefited by listening to the fans.

For Mr. Johnson and Mr. Abrams, I don’t envy the difficult position they’re in, having to direct the path of such an iconic franchise. However, if I could offer them any feedback whatsoever, it would be this. Fans are usually pretty forgiving. If Star Wars fans can forgive Jar Jar Binks, then they can forgive the flaws in Star Wars: The Last Jedi.” It just takes one solid story that reminds fans why they love Star Wars in the first place.