Understanding And Appreciating The Work Ethic Of Hank Hill

As kids, we don’t always appreciate the deeper messages of certain TV shows, movies, or songs. I imagine most kids who saw “Jurassic Park” in 1993 didn’t care that much about the larger points Ian Malcom made about tampering with nature. They just loved seeing dinosaurs eat cowardly lawyers off toilets.

That’s why re-watching shows you loved in your youth can be insightful. Sometimes, it can be a little distressing, seeing themes that aren’t quite in line with today’s taboos and social norms. However, I don’t want to focus on those unpleasant instances. Instead, I want to focus on insights that we appreciate more as adults than we do as kids.

This brings me to a show that, even by today’s standards, has uncanny appeal. That show is “King of the Hill,” a show I’ve already singled out as home to Hank Hill, a strong example of noble masculinity. After rediscovering the show, thanks to Hulu, I’ve found myself appreciating the less obvious messages of the show.

One clear message that seems to come up several times over the course of the show’s 13 seasons is the value of a work ethic, especially when contrasted to those who have none. It’s a value few kids and teenagers appreciate. That’s understandable because in the innocence of youth, most go out of their way to avoid hard work or laborious tasks.

What makes “King of the Hill” stand out, more so to adults than to kids, is how it portrays work and the way people go about it. One of Hank Hill’s core traits is his dedication to his job. Among his most memorable and oft-repeated quotes is that he sells propane and propane accessories. That’s not just his job, though. It’s part of his identity.

Hank, unlike many male protagonists in animated sitcoms, actually loves his job. It’s not just something he does to pay the bills and provide for his family. He genuinely loves selling propane and propane accessories. That love is played up in plenty of comedic ways. In one episode, “Hank’s Back,” even doctors had a hard time believing that anyone would avoid a worker’s comp settlement. 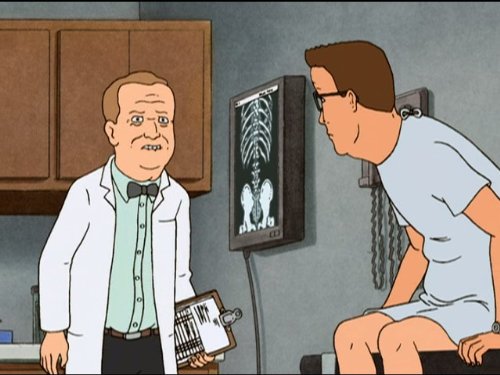 What makes that comedy work is the common expectation that few people actually like their jobs. If they do, it’s only because they’re rich and it affords them all sorts of fancy perks. However, Hank is not rich. One episode even goes out of its way to show that, even by middle class standards, he’s not that well off. He’s no Al Bundy, but he’s not Charlie Harper, either.

That doesn’t matter to Hank because his is not entirely about money or even the opportunity to make more money. It’s about doing something he loves and deriving real meaning from it. His job selling propane and propane accessories gives him a unique sense of fulfillment that can’t be quantified with money.

This sort of approach to work isn’t just unique among sitcom dads. It reflects an approach to work that is rarely emphasized, even in a world where work is changing due to automation. Growing up, the nature of work and careers is presented in a certain way. It’s not always through the media or movies like “Office Space,” either. 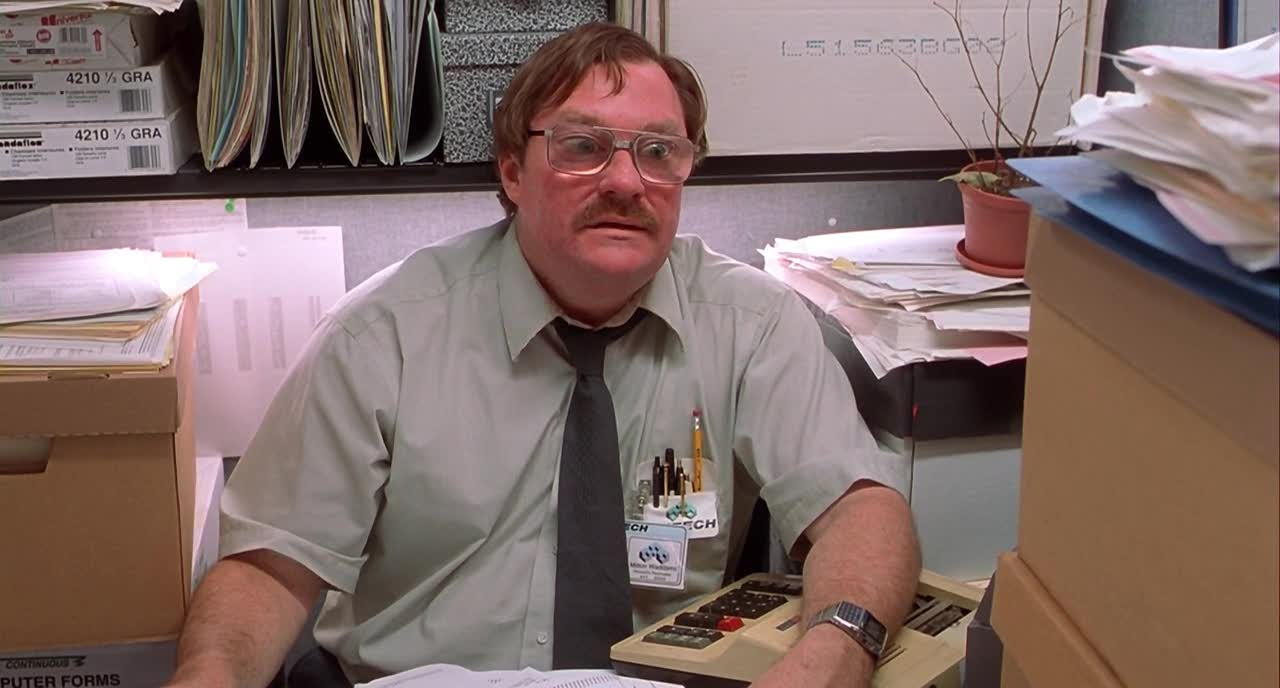 When kids and teenagers are encouraged to think about future careers, it’s almost always framed as a means to an end. First and foremost, a career provides money and resources with which to build a life, whether it’s a family or just a home in general. It’s part of a much larger process of becoming a productive member of society.

Most counselors and teachers will encourage kids to find a career they actually like. That’s the ideal. However, it’s a poorly-kept secret that few people ever land their “dream job.” Just as few people end up working jobs that are related to their college major. On top of that, many of these people who graduate college are underemployed, which put them in a similar position to Hank.

To some extent, Hank Hill is in an ideal career because he’s doing something he loves and he’s getting paid for it. That alone sets him apart from many career-seekers, both in the real and fictional world. However, the love he has for his work and his career actually runs deeper than that. 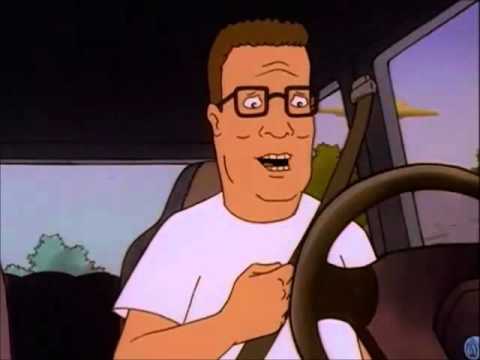 To him, his job isn’t just a means to an end. It is the end. The work itself is the reward. The money he makes is only ever secondary. For Hank Hill, the best moment of his job isn’t when he gets his paycheck. It’s when he sees the look on a satisfied customer’s face when he sells them a new grill or helps them refill their propane tank.

That kind of fulfillment isn’t just rare in an animated sitcom that includes a self-professed conspiracy theorist who never realizes that his wife cheated on him for years. It’s a rare and unique state of being, having a job in which the work feels so rewarding. Even in the real world, this sort of mindset is rare, which is part of what helps set Hank Hill apart.

For most of human history, people didn’t have careers. They just had things they had to do to survive another day, whether it involved hunting and gathering or growing crops. In modern times, a new host of jobs gave people a variety of ways to earn a living, but the nature of the work was rarely fulfilling and often laborious.

The idea of having a job that you actually like and feeling fulfilled in the work you do is akin to a modern nirvana, of sorts. It takes the very idea of work and turns it into something other than that stuff people have to do in order to make money. Hank isn’t just lucky in that he has that kind of job. He’s got the perfect attitude for it.

That attitude of seeing work as something inherently fulfilling often puts him at odds with other characters and sub-plots throughout the show. On many occasions, Hank’s approach to work often clashes with other characters who go out of their way to avoid hard work or seek to make as much money as they can for as little effort as possible.

His son, Bobby Hill, often embodies that sentiment and not just because he’s terrible in gym class. In multiple episodes, Bobby’s fondness of laziness is not very subtle. When faced with the prospect of having to work hard, he usually does what he can to avoid it. More often than not, trying to avoid the work backfires or ends up being more laborious than the work itself.

He’s not the only one who harbors this attitude. Hank’s loud-mouthed neighbor, Kahn Souphanousinphone, attempts more than one get-rich-quick-scheme throughout the show. To him, work is always a means to an end. Even though his job affords him more money and better material assets, or so he claims, he rarely comes off as fulfilled as Hank.

Even when money isn’t the endgame, others still approach work with a different end in mind. Hank’s wife, Peggy, approaches her job as a substitute teacher with more passion and purpose than most. For her, though, the work she does is less about the money and more about feeding her inflated ego. In some cases, it borders on outright narcissism.

Regardless of intent or goal, “King of the Hill” often comes back to the same theme with respect to work. Hank, for all his faults and shortcomings, has the right attitude when it comes to work. It’s not just about having your dream job and doing what you love for a living. It’s about seeing work as inherently fulfilling, regardless of money or material aspirations.

At a time when the future of work will likely change what it means to have a career, Hank Hill may very well be ahead of his time. Even in the current work climate, his has major value. It’s a perspective that most kids and teenagers don’t appreciate. For some, it may not even be an idea they’ve ever contemplated, the notion that a job could be so inherently fulfilling.

It may still seem like an impossible ideal for many, but Hank Hill shows that it’s not that impossible. Selling propane and propane accessories isn’t one of those jobs that requires a rare set of skills or talents. It requires only basic people skills, salesmanship, and a working knowledge of propane.

Hank didn’t go to college and he didn’t go through some rigorous training to achieve what he achieved. He simply took a simple job selling propane and propane accessories and made it part of his passion. Even in an animated world where impossible things can happen, Hank makes his approach to his job feel attainable, even in the real world.

Appreciating Hank’s work ethic was not the first thing that appealed to me when I watched “King of the Hill” when it was still on the air. However, as I get older and see people wrestle with their careers, I see more and more merit to Hank’s approach to work.

I don’t deny that hard work can be tedious, at times. I also don’t deny that every job, even so-called dream jobs, have bad days every now and then. Even Hank has a few bad days at Strickland Propane throughout the course of the show. That still never discourages him from doing his job as well as he does it and getting genuine fulfillment from it.

There are plenty of lesson in “King of the Hill” that are as relevant now as they were when the show first aired. It’s possible for people of all ages to appreciate those lessons and the comedy that comes with it. That’s part of what made the show so successful for so many years.

When it comes to work ethic and approaching a career, Hank Hill stands out more than most. He sells propane and propane accessories better than anyone has or probably ever will, but that’s not the point. For him, the work itself is the greatest reward. Whether you appreciate his many other quirks or not, that’s a sentiment worth respecting.