I grew up during a strange time. I know every adult could make that claim with the benefit of hindsight, but I think I have some substance to back it up. It was a time when the internet barely existed, Saturday morning cartoons were still a thing, video games were still mostly toys, and MTV was the ultimate evil in the eyes of parents, priests, and teachers.

There were a lot of transitions that were just starting to happen. As a kid, I didn’t understand them. I barely even noticed them until years later. I still feel their influence and have learned many lessons as a result. Some lessons were more critical than others. I still remember the day I got my first email address and I made the password so easy that my little brother guessed it. That was a small, but critical lesson I had to learn.

Another one took place a few years before that and it involved a video game that is still near and dear to the hearts of many. That game is “Goldeneye” on the Nintendo 64. For some, just mentioning that game should bring back fond memories of countless hours spent in the basement, yelling at anyone who dared to pick Oddjob in multiplayer. Those were good times. During that same time, I went to school in an era where things like the self-esteem movement and DARE were still a thing. It seems so archaic now, given how well-documented the failures of both initiatives have become in recent year, but it was a serious issue when I was a kid.

I remember seeing all sorts of platitudes and motivational messages on TV, in movies, and at school-sponsored events. They all conveyed the same sentiment.

You’re all equally good at everything.

You can achieve anything if you’re determined and work hard enough.

It all sounds so nice, but there’s just one huge problem and it’s one my awesome, wonderful parents went out of their way to teach me. It’s not entirely true.

Yes, we’re all unique, which is not the same as being special.

Yes, we all have equal worth, but we’re not equally skilled.

Yes, you can achieve a lot with hard work, but you can’t achieve anything.

These all seem like rational, reasonable lessons to teach a kid. I’m certainly glad my parents made an effort to give me that perspective because it was hard to ignore the whole “you can achieve anything!” mantra that kept playing out every day. I admit I got caught up in it at certain times. I also got upset when I felt like I didn’t achieve something that I felt I’d worked hard enough for.

At some point, I had to learn that all this idealized encouragement was flawed. My parents did their part, but it took a particularly memorable experience to really hammer that point home. This is where “Goldeneye” comes in. 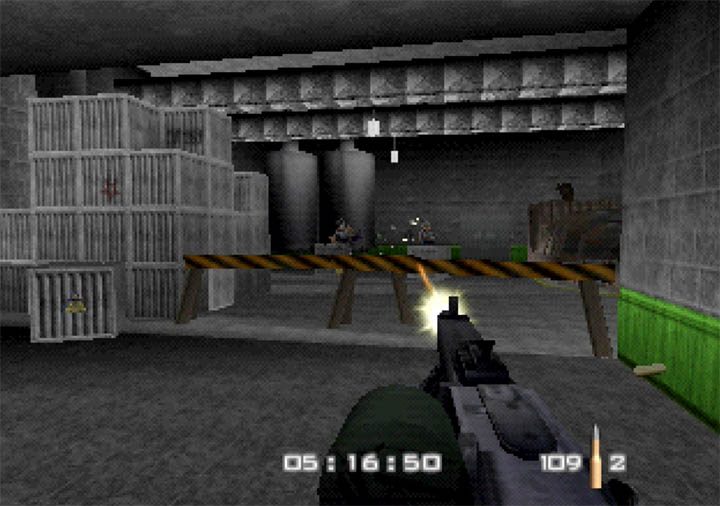 There was one summer in which this game basically dominated our entire day. I would wake up, meet up with my friends, and we’d start playing the game for hours at a time, much to the chagrin of our parents. These were good times. That, I cannot overstate. However, there was one issue that often came up over the course of that summer.

One of my friends, who I’ll call Shawn, was just too damn good at the game.

By that, I don’t just mean he won more multiplayer matches than most. I mean he always beat me. It didn’t matter which character I used. It didn’t matter which maps we played in. Aside from a few lucky shots, he pretty much kicked my ass every time I played him. Some of my other friends did challenge him, but he was still the best. That much, we all knew.

I thought he was good because he played more often than me. I thought I could eventually get to his level if I practiced enough. For a good two weeks in July, I essentially trained myself with match after match in “Goldeneye.” I tried to memorize every map. I tried to get a good feel for every character and weapon. I tried to hone my aim so that I made every shot count.

While I did improve, especially compared to some of my friends, it didn’t change the outcome. Shawn still beat me almost every time. It wasn’t that he played or practiced more. Shawn just had a natural talent for gaming. His reflexes were a lot quicker than most. He had a visual acuity that most couldn’t match. He could also concentrate in a way that was downright Zen-like.

To his credit, Shawn was humble about his skill. He didn’t brag or rub it in my face, although he certainly could have. He didn’t have to in order to get the point across. In certain activities, be they sports, video games, or underwater basket weaving, there are just people who are inherently more talented. It doesn’t matter how hard you work or how much you train. You just aren’t going to reach their level.

I eventually came to accept that. It was the first time it really sank in. Hard work and dedication won’t help you achieve everything. It can help, but there are going to be people who just have more talent and you can’t always work around that. It was a hard truth that I’d tried to avoid up to that point, but after that summer, I came to accept it. Coincidentally, this is around the same time when I stopped taking those self-esteem messages at school seriously. As I got older, my perspective became a bit more realistic. In the long run, that probably served me better than just blindly believing I could do anything if I worked hard enough. I genuinely worry how much I would’ve crushed my spirit if I had to learn that lesson the hard way later in life.

Again, I got lucky. On top of having two great parents who kept me anchored, I had a friend who was just naturally talented at kicking my ass in “Goldeneye.” While all those losses were annoying, they taught me a valuable lesson and one that still helps me to this day.

To Shawn, who I hope reads this one day, I sincerely thank you for that.

Also, I apologize for all those times I threw my controller at you.