Abortion Restrictions, Personhood, And The Difficult (And Absurd) Implications

Imagine, for a moment, that an armed government officer shows up at your door and points a gun at your head. The officer informs you that for the next nine months, you will be injected with a generally non-fatal strain of flu that’ll make you feel tired, sore, and occasionally nauseous. Then, after that nine-month period is up, you’ll be given an infant child that you are henceforth responsible for.

Failure to comply with any part of that request will result in you or anyone who assists you going to prison for an extended period. You can protest it all you want. There’s no getting out of it. The government agent keeps the gun pointed at your head the entire time and if you want to avoid breaking the law, you just have to endure.

What I just described isn’t a perfect parallel to the strict abortion law recently passed by Alabama, but it helps illustrate what women are facing in light of such laws. While other parts of the world are liberalizing their abortion laws, certain parts of the United States are going in the other direction. However, the Alabama law represents a new extreme. 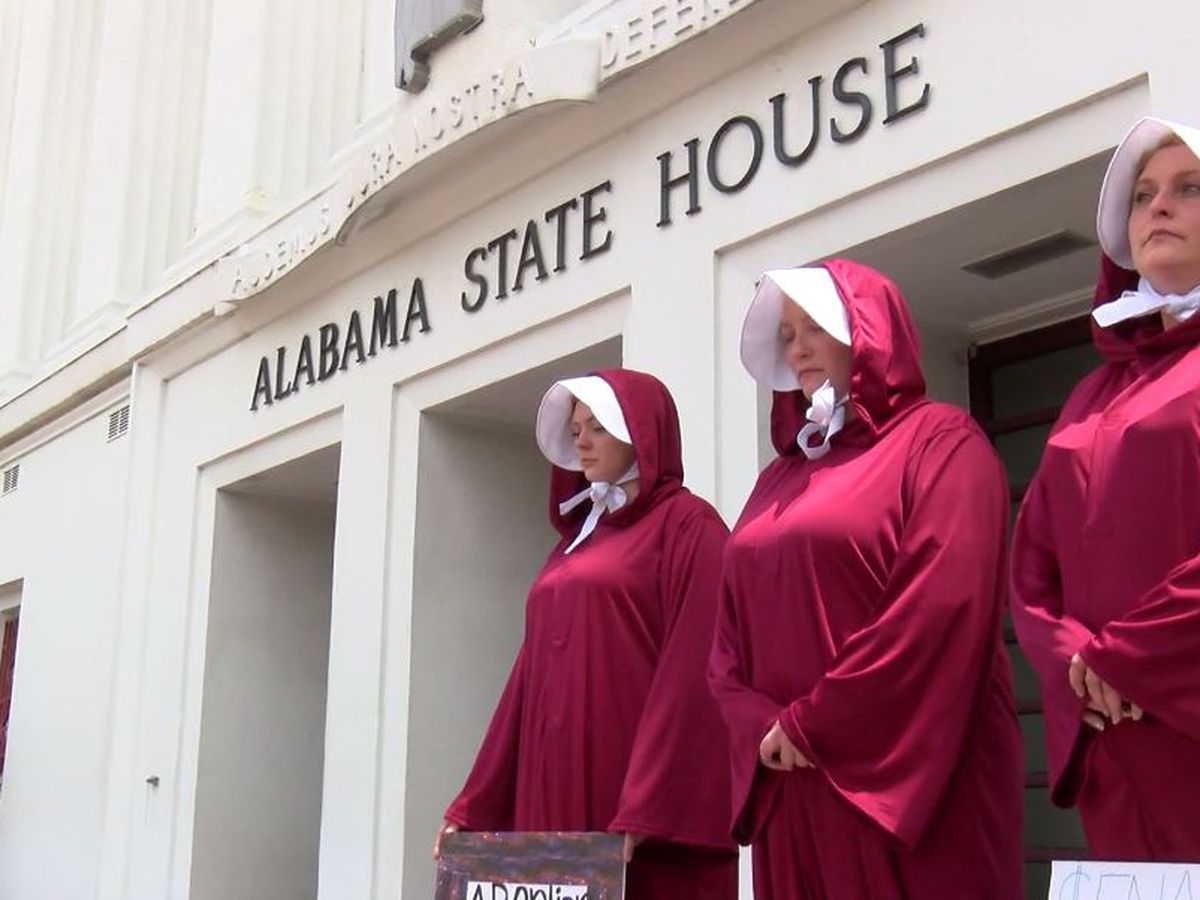 Now, even though I’ve discussed abortion before, I want to reiterate that I don’t like talking about this issue. It’s not because I’m a man or because I’m inherently skeptical of movements tied to organized religion. This issue affects everyone, regardless of gender. The principle alone of forcing someone to endure nine months of bodily rigor makes it relevant.

It’s for that reason that I tend to favor the pro-choice side of the debate. There are too many real-world examples of the dire consequences of a society where abortion is outright banned. I singled a former communist country one whose policy is quite similar to that of Alabama’s. However, my feelings on this issue go beyond just the consequences of these restrictive laws.

Even if I agreed with the idea that life beings at conception, I would still be in favor of keeping abortion legal in most cases. I just can’t support an effort that involves the government holding a gun to the head of women and their doctors, prohibiting them from making choices about their health and their bodies.

Now, I already know how the pro-life crowd will respond to that sentiment. They’ll point out that if life truly does begin at conception, then abortion is murder, by default. I’ll even concede that their reasoning isn’t entirely flawed. A fertilized embryo has many of the defining traits of biological life. It even has many traits we associate with personhood.

This idea that a fertilized embryo is a person makes up the bedrock of pro-life arguments. It’ll likely be the argument that’ll likely be used, should abortion access become an issue for the Supreme Court, which many pro-life groups are banking on. Considering how religious and logistical arguments rarely count much in a courtroom, this is their best bet.

There are a many flaws in the pro-life arguments, some of which I’ve touched on before, but this is the one I want to focus on because it’ll likely be cited more frequently as the debate intensifies. I believe that if abortion is ever banned in the United States, it’s because the law will recognize a fertilized embryo as a person.

However, with that distinction comes many implications, some of which lead to unavoidable inconsistencies. As the late George Carlin once so brilliantly illustrated, inconsistencies tend to reveal absurdities. To highlight just a few, here are just some of the questions that we’ll have to answer if we determine a fertilized embryo is a person.

If a fertilized embryo is a person, then at what point do identical twins become two individual persons? This question has implications of its own. Part of the principle behind saying life begins at conception is the idea that when the sperm and egg meet, it combines to create a unique strand of human DNA, which constitutes human life. That sounds good on paper, but when identical twins enter the picture, it breaks down.

Identical twins, by definition, have the same DNA. At some point during gestation, they split into two individuals. At what point does that occur? By what basis are they distinct? If the answer to that is arbitrary, then how is saying life begins at conception any less arbitrary? Once personhood status is granted to a fetus, this will be something the law and doctors will have to answer.

If a fertilized embryo is a person, then does one that fails to implant on a woman’s uterus count as an accidental death under the law?

This happens to every sexually active woman, regardless of whether they’re in a monogamous marriage or working in a brothel. Even if an egg gets fertilized, it doesn’t always implant. The reasons for this are many, but if a fertilized egg is a person, then that still constitutes a death. As such, it would have to be treated as such under the law.

Most women don’t even know that a fertilized embryo has failed to implant. Most just end up getting flushed down a toilet, as part of their menstrual cycle. Under this legal definition of personhood, though, there’s no difference between that and flushing a live infant down a toilet. Given how Susan Smith was convicted of murder when she drowned her children, will other women face a similar sentence?

If a fertilized embryo is a person, then how does the state go about monitoring sexually active women to determine how many deaths occur because implantation did not occur?

This ties directly to the previous question. As soon as the law determines that an embryo is a person, it suddenly has a daunting challenge. It must now monitor and document every sexually active woman very closely to see how many fertilized embryos pass through her system, if only to determine how many deaths occurred inside her.

Even with advances in medical technology, it requires a level of invasiveness that even the most totalitarian state in the world can’t administer. There are over 150 million women in the United States. Is the government really equipped to monitor the activity inside every one of their wombs without breaking some very significant laws?

If a fertilized embryo is a person, then wouldn’t any woman who had a miscarriage be subject to manslaughter laws if her actions indirectly caused it? 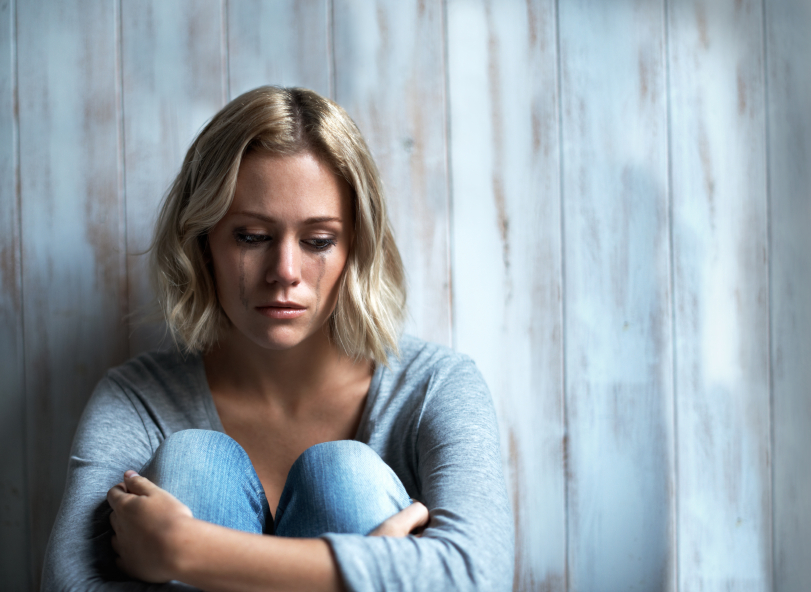 This has already come up in a few states with restrictive abortion laws. Women who have suffered miscarriages are already being investigated as criminals. Ignoring, for a moment, the difficulty of determining whether a woman intentionally caused her miscarriage, look at it from a personal perspective.

A woman just suffers a miscarriage. She is likely distraught, distressed, and physically weakened. Now, government agents are going to treat her like a criminal and possibly prosecute her for a crime. While manslaughter is not on the same level as murder, it’s still treated as a crime and people do go to jail for it.

That means, for embryos to be considered persons, it must also be necessary to put women who suffered a miscarriage in prison. I don’t think even the most ardent pro-life adherent can comfortably stomach that.

If a fertilized embryo is a person, then would that person be legally culpable if a woman suffers complications during the pregnancy and dies?

This is somewhat a reversal of the previous question. There are occasions where pregnancy actually leads to a woman’s death. According to the Centers for Disease Control, approximately 700 women die every year in the United States due to complications during pregnancy. In the cases where the infant survives, are they somehow culpable?

If an embryo is a person, then their actions can’t be entirely distinct from that of any child. There are cases in which children get convicted of murder and are punished for it. Even if an infant cannot have intent or malice, their presence inside the woman is still the cause of the complication. That means manslaughter or wrongful death could be applicable.

I know there’s plenty of inherent absurdity in the notion of prosecuting an infant for the wrongful death of his or her mother, but if they’re going to be defined as a person, then that includes the same rights and responsibilities. To do otherwise would just be inconsistent and require the same arbitrary distinctions of which pro-life individuals are so critical.

If a fertilized embryo is a person, then would that person be culpable in the event that an identical or fraternal twin dies in utero, as can be the case in Vanishing Twin Syndrome?

A lot of things can happen inside the womb during gestation. Twins are just one of them, but there are instances where the presence of another fetus causes one to die or become unviable. Regardless of whether it involves an identical twin or a fraternal twin, the legal implications are the same. One person has died while the other has not. Like any other person, it would have to be investigated.

It could be the case that one infant hogged nutrient, causing the other to starve to death. There are also cases in which one twin will absorb the other. Technically, that would make the other baby both a cannibal and a killer. It would have to be investigated and prosecuted as such.

I concede that some of the scenarios I’ve described are absurd. That’s my underlying point. If the pro-life movement gets its way and fertilized embryos are treated as legal persons, then that has consequences that are logistically, legally, and morally untenable.

The bigger picture surrounding these questions tends to get lost among those who simply call abortion murder. However, if those same people got their way, then they would be unable to avoid these questions and their consequences.