How To Tell When A Protest Has Failed (Besides Violence)

These days, it seems as though America has a new favorite pastime. It’s not baseball. It’s not football. It’s not starting flame wars in the comments section of a Justin Bieber music video either. It’s protesting.

Ever since the migraine-inducing side-show that was the 2016 Presidential Election, there has been a lot of protesting going on. I’ve even commented on some of them. First, there was the women’s march. Then, there was the March For Life. These were more about ongoing issues, though. Other protests, in recent months, have been more vocal, to put it kindly. 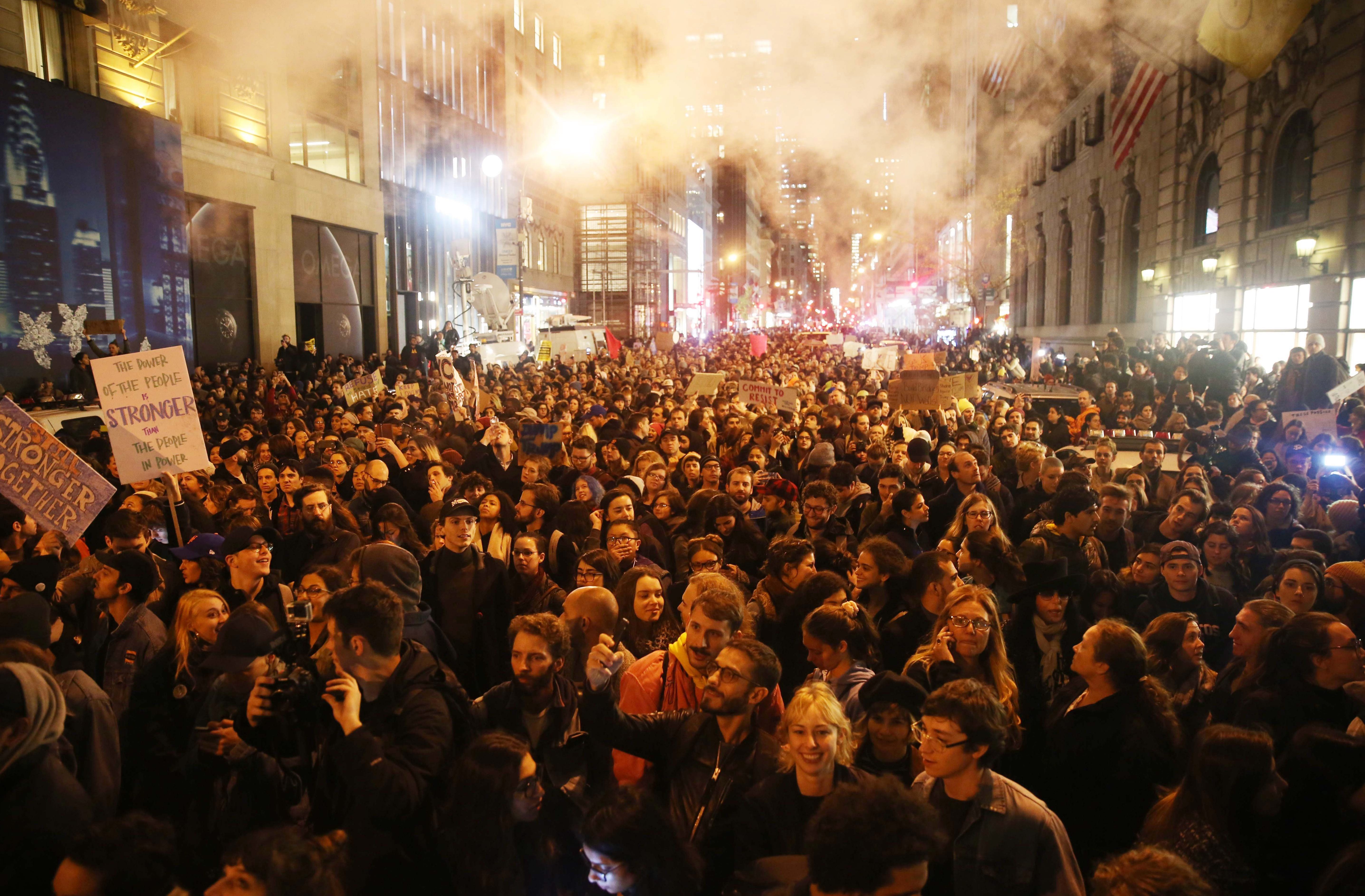 It seems everybody’s tribal instincts, which are the same instincts I’ve said will destroy us all if we don’t confront them, are in overdrive. Everybody is picking a side. Everybody thinks their side is the side of truth, justice, and thong bikinis. They all see themselves as George Washington taking down an army of Hitler clones with nothing more than a pistol and the American spirit.

Obviously, they all can’t be right, but they all can be wrong. They can all be horribly misguided as well, some more than others. I understand why protesting is a big deal. People feel very passionate about certain issues. Some issues definitely warrant that passion.

Issues like civil rights, the right to marry the person you love, or the right to craft sexy erotica/romance novels without some government bureaucrat micromanaging every page are worth fighting for. People have fought for those rights in the past. While there have been setbacks, progress usually sides with those who aren’t assholes.

That’s what makes the recent surge in protests so frustrating. I can see the passion. I don’t deny it’s there. I also don’t deny that the people feel strongly about what they’re protesting. I do, however, question the merit behind it.

It’s as though people have just skipped the part where they look at the issue they’re protesting, think critically about the implications, and adjust their message accordingly. That’s kind of a big deal in any protest. From Gandhi to Martin Luther King Jr., the ability to craft and convey the right message was critical to their success.

These days, every issue being protested feels like an extension of a petty flame war on a Harry Potter message board. The attitudes involved can best be summed up with this simple chorus.

“Your worldview doesn’t agree with mine so you must be a terrible person!”

It doesn’t matter which side of the political spectrum you’re on. It doesn’t even matter if you’re a card-carrying anarchist. If the crux of your argument is that the world isn’t doing enough for you beyond not putting you in chains and making you lick lead bricks, then your protests are empty.

This brings me to the most recent string of protests that have rocked the news. Unless you’ve been living in a windowless basement for three days, playing Call of Duty, eating only frozen pizza, and shitting in buckets, you’ll know there has been some pretty major protests in Charlottesville, Virginia.

I won’t get too deep into the substance of the protests. I won’t even break down the two opposing sides. I’ll just acknowledge that these protests, unlike the Women’s March or the March For Life, got pretty ugly. One person is dead and others have been injured. By most measures, it’s a protest that went wrong.

I’ll even go a step further. I’ll say that the protest has outright failed for both sides. I get that’s just my opinion. It’s probably not a very popular opinion, but this is how I feel about it after taking a few days to process the events. I get that the opinions of an erotica/romance writer barely amount to a wet fart in a shit factory, but I still feel compelled to share it.

As to why I think it failed, I’d like to explain by setting up a checklist of sorts. Think of it as a basic criteria for determining whether a protest actually has some substance behind it and warrants further debate. It doesn’t always have to result in a law or formal declaration of victory. It just has to be something that furthers the human condition in some meaningful way.

For the sake of not digging too deeply into inherently unsexy topics, like politics and social injustice, I won’t make the list too long or too specific. I’ll try to make sure it can fit on a notecard. That way, if you see a mob of protesters walking down your street, you’ll know whether they’re worth joining.

Read over these six questions. Think about them carefully and don’t just answer on a whim, which I know can be hard since that’s how our brains are wired make most decisions. Try to go beyond caveman logic for this because if you’re going to join any protest, you should make sure it’s the right kind.

If, after all that contemplation, the answer to all six questions is no, then there’s no getting around the truth. The protest and the agenda behind it is a failure. It’s either doomed to fail or has already failed. It doesn’t always means that it ends in violence, but it often does and, as we’re seeing in Charlottesville, that tends to override any meaningful debate. 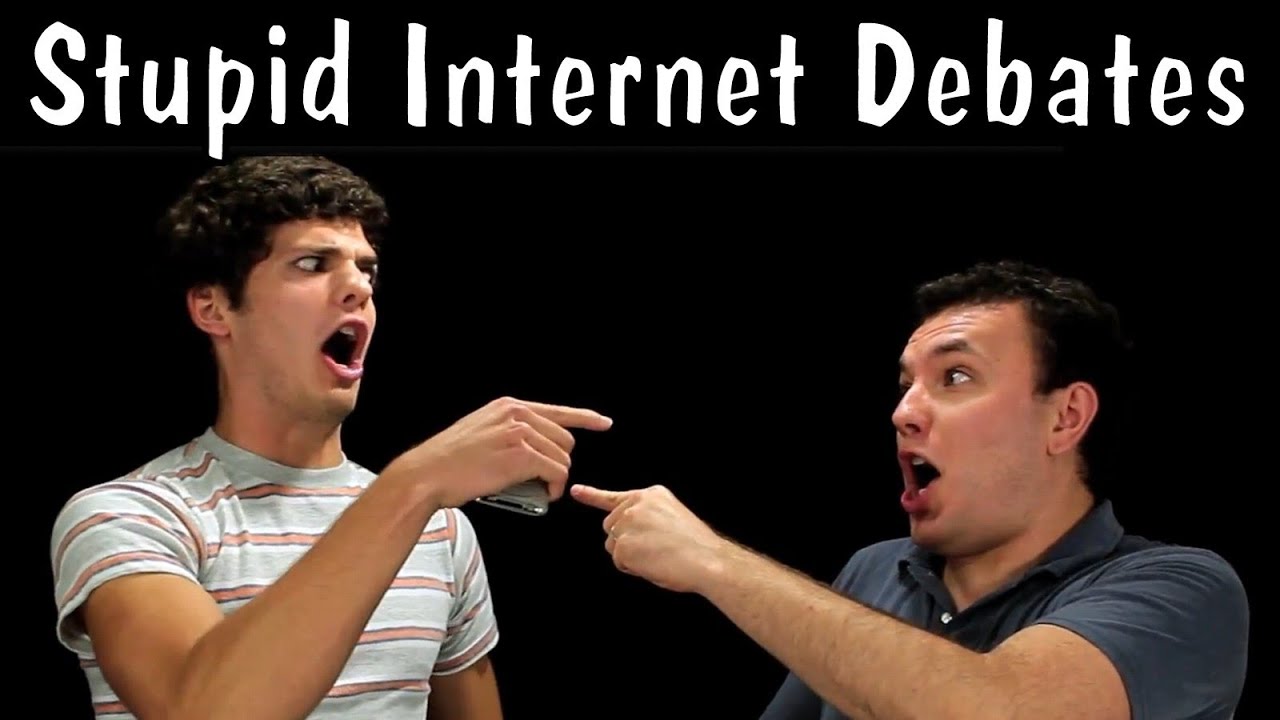 In a sense, Charlottesville is a case study in a protest wherein both sides can’t claim much moral high ground. One side is yelling, “Look at our tribe and how great it is! Acknowledge its greatness and celebrate its glory!” The other is yelling, “Your tribe is awful! You people should be ashamed of who you are!” This is not a meaningful argument, nor is it one anyone can win.

The biggest flaw in both sides is that both sides are reducing the other to some kind of inherent wrongness. There’s no effort at all to understand or even talk about the substance behind their sentiment. Just being part of that particular group somehow makes you a horrible human being and that’s it.

Well, I’ve got news for both sides they would be wise to heed before their next failed protest. Human beings are extremely complicated. An individual is more than the sum of their tribal affiliation. While it’s in our nature to lump groups of people into certain tribes, that can often blind us to the real, genuine sentiments of our fellow human beings.

Granted, some of those human beings will be petty assholes who just want the world to carry it on its shoulders so it can sleep in every morning. You’ll find dishonest, disingenuous assholes in every tribe. It’s just part of the erratic nature of humanity. However, the vast majority of people are genuine. We couldn’t have survived as long as we have if we weren’t.

The world is chaotic and our caveman brains aren’t wired to make sense of it for now. We agonize over the chaos of the world, which often can be unjust, because we feel the need to do something about it. However, if that something involves just demonizing other people instead of actually dealing with them as human beings, then you’re not protesting anymore. You’re just whining.