The Hard Consequences Of Soft Censorship

If you walked up to any random person on the street and asked them how they feel about censorship, chances are they would say they’re against it. Absent any context, most people equate censorship with tyranny and rightly so. Historically speaking, tyrannical societies are not beacons of free speech.

When you add context to that same question, though, then people are a bit more diverse in their response. They may say they’re against censorship, but they’ll also oppose hate speech and even support efforts to remove it from certain venues or platforms. It’s not the same as government-suppressed speech, but it’s still censorship on some levels.

A government’s effort to prohibit or punish speech is more daunting. That’s exactly why we have things like the First Amendment. Governments are big, powerful entities with armies and tax collectors. Their brand of censorship is a lot more concrete than others. That’s why such extensive legal protections are necessary.

When it comes less overt forms of censorship, though, the line isn’t as clear and neither are the legal protections. It can take the form of de-platforming a controversial speaker, which has happened on college campuses. It can also take the form of banning certain websites or certain subgroups within a website. These efforts aren’t usually called censorship. They’re usually referred to as preventing the spread of hate.

Personally, I don’t buy that excuse. As much as I abhor some of the things people say, both online and in person, any attempt to indirectly silence them is still censorship in my book. I call it “soft censorship” because it doesn’t involve government force. In many cases, it’s a grass roots effort to combat certain ideas that many find offensive.

That seems to be the most notable standard these days, the offensiveness of certain speech. That’s understandable, given how the world is more connected than it has ever been in human history. It’s now easier than ever for hateful, offensive speech to spread. Conversely, it’s also easy for the outrage to that speech to spread as well. 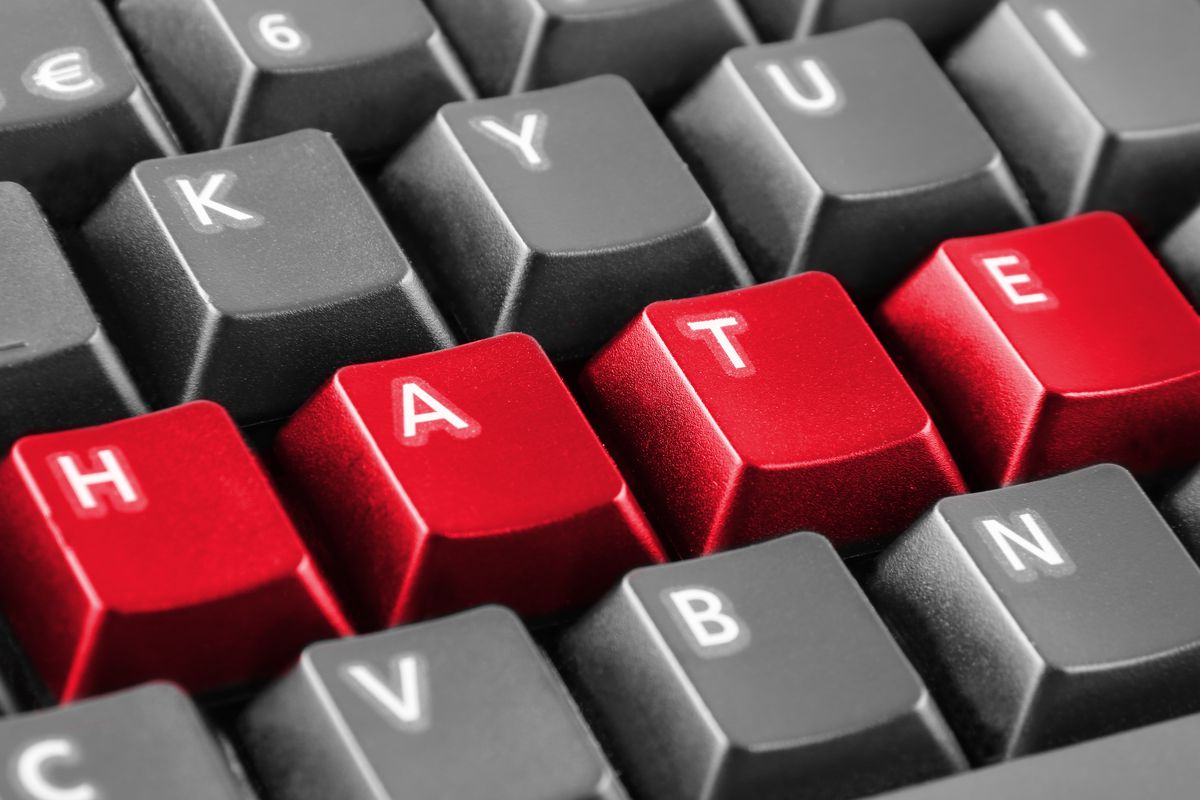 As a result, the forces behind that outrage are often the most powerful forces behind soft censorship. That outrage takes many forms too. It can be driven by political correctness, religious dogma, and general trolling. Censorship or suppression of speech is not always the stated goal, but it is often a desired result.

Given the ongoing changes to the media landscape, this brand of censorship seems to be getting more prominent than anything government effort. In fact, the reason I chose to bring this issue up is because of a few notable incidents that highlight the growing disconnect between free speech and movements to combat hate speech.

The first incident happened earlier this year and came from the gaming world, a domain that is no stranger to censorship and targeted outrage. The outrage in this case, though, had nothing to do with how beautiful women are depicted and everything to do with the policy of the popular Steam platform by Valve.

Surprisingly, and refreshingly for some, Valve opted for a more libertarian policy. The standards are simple. As long as the content isn’t illegal or outright trolling, then it’s permitted. In the context of freedom of speech and creative freedom, this should count as a victory. However, that’s not how some saw it.

Almost immediately, Valve was heavily criticized for this freedom-centric policy and for all the wrong reasons. Some went so far as to call it irresponsible and cowardly, daring to permit games on their platform that might be overly graphic, crude, or sexy. Being a private company and not a government, that’s certainly their right.

Even so, it generated outrage. People didn’t see it as an act to promote free expression. They see it as a means of spreading hateful, offensive, sexist content and profiting from it. At at time when the video game industry sparks outrage every time it depicts a female character, Valve really took a chance by taking this approach and it’s sure to generate plenty more controversy, albeit for the wrong reasons.

Those same reasons showed up in another incident involving Reddit, a site on which I’m very active. Specifically, it involved a subreddit called KotakuInAction, which emerged in wake of the infamous GamerGate controversy in 2014. As a result, it has a reputation for being pretty brutal in its criticisms of regressive, far-left attitudes.

It’s oftent cited as one of the most “toxic” places on Reddit. There have been more than a few efforts to ban it. At one point, for reasons that I’d rather not get into, it was actually removed by its original creator. However, it was saved and put back up within less than a day, much to the relief of the nearly 100,000 subscribers.

Few will call that a victory for free speech. Those who criticize Valve and Reddit for permitting it don’t see their actions as suppressing speech. They see it as combating harassment and hate. Therein lies the problem with that effort, though. Harassment and hate are serious issues, but attacking only the speech is like attacking a single symptom of a much larger disease.

Even if Reddit had permanently banned KotakuInAction and Valve had opted to censor offensive games, it wouldn’t have made the ideas behind them disappear. Like putting a censor bar in front of female breasts, it doesn’t change the fact that they’re there and that they have an impact.

You could turn off the internet, burn every book, and shut down every newspaper tomorrow. That still wouldn’t stop people from thinking and feeling the things that lead them to want to say something offensive or create an offensive game. Speech is just a byproduct of ideas. Attacking the speech is not the same as confronting the source.

In fact, doing so can be counterproductive. There’s a real phenomenon called the Streisand Effect wherein efforts to hide, remove, or cenors something ends drawing more attention to it. The fact that Area 51 is a super-secret government facility that everyone knows about shows how powerful that effect can be.

In the context of combating hate, efforts to censor those behind it can end up elevating their message. When someone is censored, there’s an application of force implied. Whether it’s from a government or a moderator on a message board, censorship requires some level of force. Applying it to anyone is going to put them in a position to feel oppressed and that oppression tends to fuel hatred.

Harassment is different because when it comes to free speech, the line between discourse and threats is a bit less ambiguous. The Supreme Court has established a criteria for what constitutes “fighting words,” but it’s when things happen on a computer screen where it gets tricky.

Like hate, though, there’s a right and wrong way to deal with harassment. The right way to deal with a direct threat is to contact local law enforcement. The wrong way is to make it into a spectacle that requires that both the harasser and the platform they used to be condemned.

It’s an inescapable fact of life in any functioning society. The same platforms we use to interact will be used by others for disgusting, hateful, and offensive activities. We may feel disgust and revulsion for these things, but trying to silence both the people and the platform doesn’t make the sentiment behind it go away.

That’s the ultimate danger of soft censorship. It’s not like a censorship-loving government that can be overthrown or reformed. It’s a mentality that seeks to remove content from certain mediums in hopes that it will subsequently discourage the mentality behind it. Unfortunately, human beings aren’t wired that way.

That’s the ultimate danger of soft censorship. It’s not like a censorship-loving government that can be overthrown or reformed. It’s a mentality that seeks to remove content from certain mediums in hopes that it will subsequently discourage the mentality behind it. Considering the impact of the the Streisand Effect, it’s utterly backwards.

I’m all for confronting hate and combating harassment, but not through censorship, hard or soft. It’s hard enough trying to change someone’s mind in an era where they can customize their news feeds. At the end of the day, we can only truly affect someone’s heart and mind by focusing on the person and not what’s on their computer screens.