I’ve made a concerted effort to focus on the best aspects of masculinity. To date, I’ve profiled two characters, Joel from “The Last of Us” and Hank Hill from “King of the Hill.” I’ve cited both characters as examples of noble masculinity. It manifests in different forms, but it helps bring a unique strength to their characters.

They have a wide range of traits, some of which aren’t distinctly masculine. When those manly characteristics do emerge, though, they don’t just reveal the greater subtleties in who they are. They demonstrate just how powerful masculinity can be when it’s channeled. In that spirit, I’d like to highlight another character who channels that kind of masculinity in a way that’s compelling, memorable, and full of memorable one-liners. 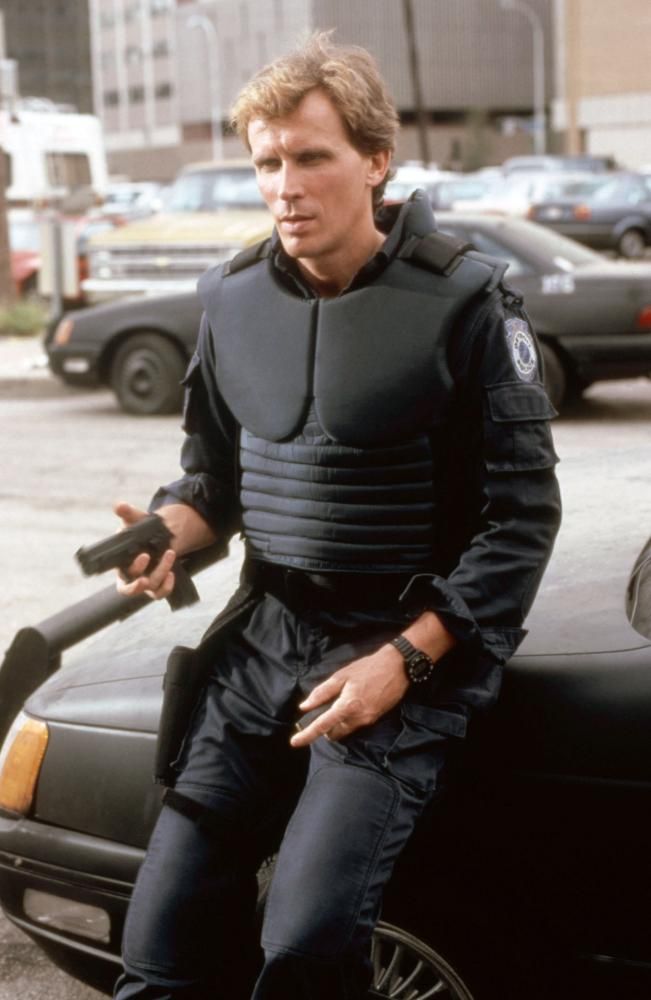 That character’s name is Alex J. Murphy of the Detroit Police Department, but most know him as Robocop. He’s not just a cop who got caught up in a greedy corporation’s agenda. He’s not just a man in a machine carrying out the duties of a cop. When you take in the entirety of Robocop’s story, including the Jesus connotations, you find a character whose masculinity shines even in the R-rated violence that is Detroit.

Now, before I go any further, I want to establish that the version of “Robocop” I’m citing here is the original 1987 version played by Peter Weller. This profile will not draw from the 2014 “Robocop” played by Joel Kinnaman. I’m not saying that version of the character is without merit. I enjoyed that movie. However, it did not come close to demonstrating the level of noble masculinity that the original conveyed.

On the surface, the original “Robocop” wasn’t that groundbreaking for its time. Stories about urban decay and dystopian cities were already popular thanks to movies like “The Terminator” and “Blade Runner.” In terms of substance, though, “Robocop” achieved something profound in terms of crafting a memorable male character.

The core of Alex Murphy’s character, even before he became Robocop, is that he’s a good, honorable man in a city that doesn’t have many of them. This version of Detroit, which is sadly very similar to the real-world version, is full of deviant criminals and corrupt business types. The very company that creates Robocop, Omni Consumer Products, is full of ruthless individuals who see crime only as a hindrance to profits.

A man like Alex Murphy is a precious rarity in that world. As such, it doesn’t take long for it to get snuffed out. On Murphy’s first day on the job, he’s callously killed by a gang of sociopath criminals led by Clarence Boddicker. All that innate nobility and idealism Murphy had was literally shot to death within the first twenty minutes of the movie. 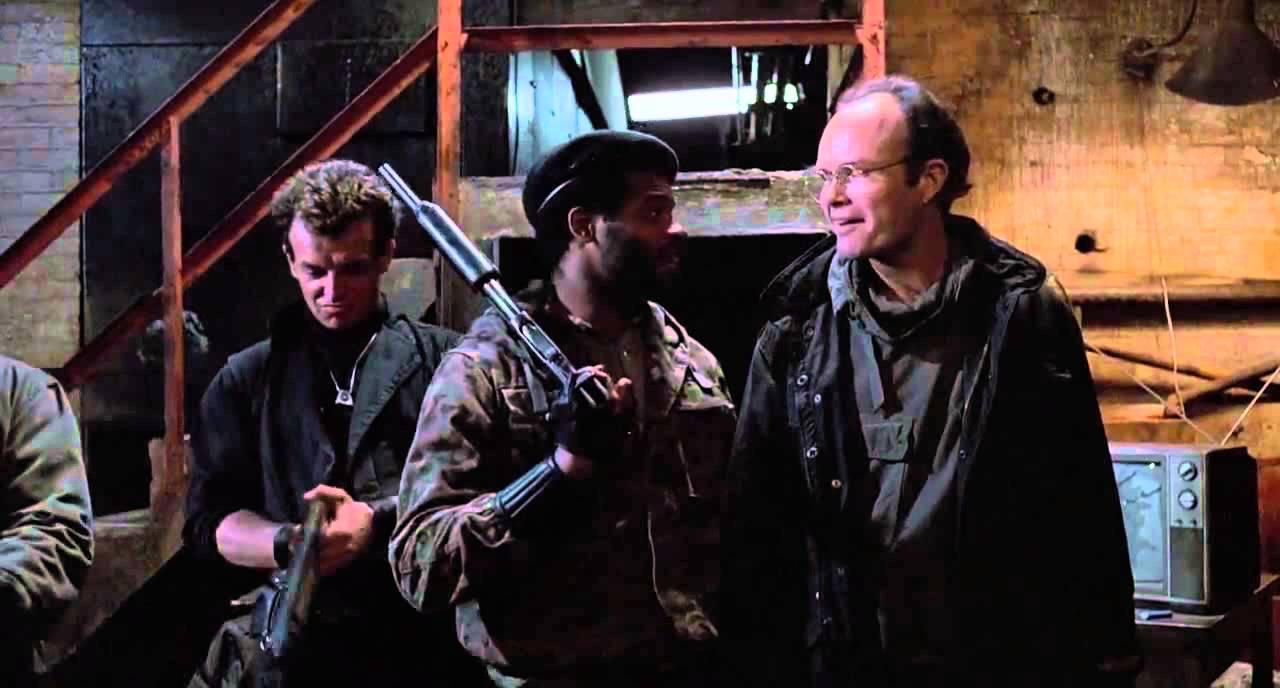 However, that was not the end of Alex Murphy’s story. It was only the beginning. When he’s turned into Robocop by OCP, who see him only as a means to further their business plan, the extent of the noble masculinity he portrays only grows. The fact it does so while he cleans up Detroit’s rampant crime is a nice bonus as well.

From the moment he awakens as Robocop, we see what looks to be only a shell of a man. In fact, OCP goes out of their way to remove as much of the man as possible, not bothering to salvage his hand or anything below the neck. The only part of Alex Murphy they keep is his brain and part of his face.

It’s a total deconstruction of a man, ripping away the very flesh that makes him masculine and yes, that includes his genitals. To OCP, he’s a machine who just happens to run on human parts. They try to filter out the humanity in hopes of creating an obedient commodity that they can then mass produce, market, and utilize for profit.

It’s dehumanization to an extreme, more so than what characters like Wolverine endured. For a brief while, it looks like OCP succeeds. Initially, Robocop carries himself like a machine, confronting Detroit’s worst criminals with an efficiency that wasn’t possible as Alex Murphy. He could’ve become a perfect example of reducing all men to machines, devoid of emotion and focused only on a task at hand.

Then, the story takes a more human turn and Robocop suddenly becomes more man than machine. Despite everything OCP took from him, including his body and his free will, Alex Murphy still emerged. Even after everything that made him a man was deconstructed, literally in some cases, he fought to regain control. 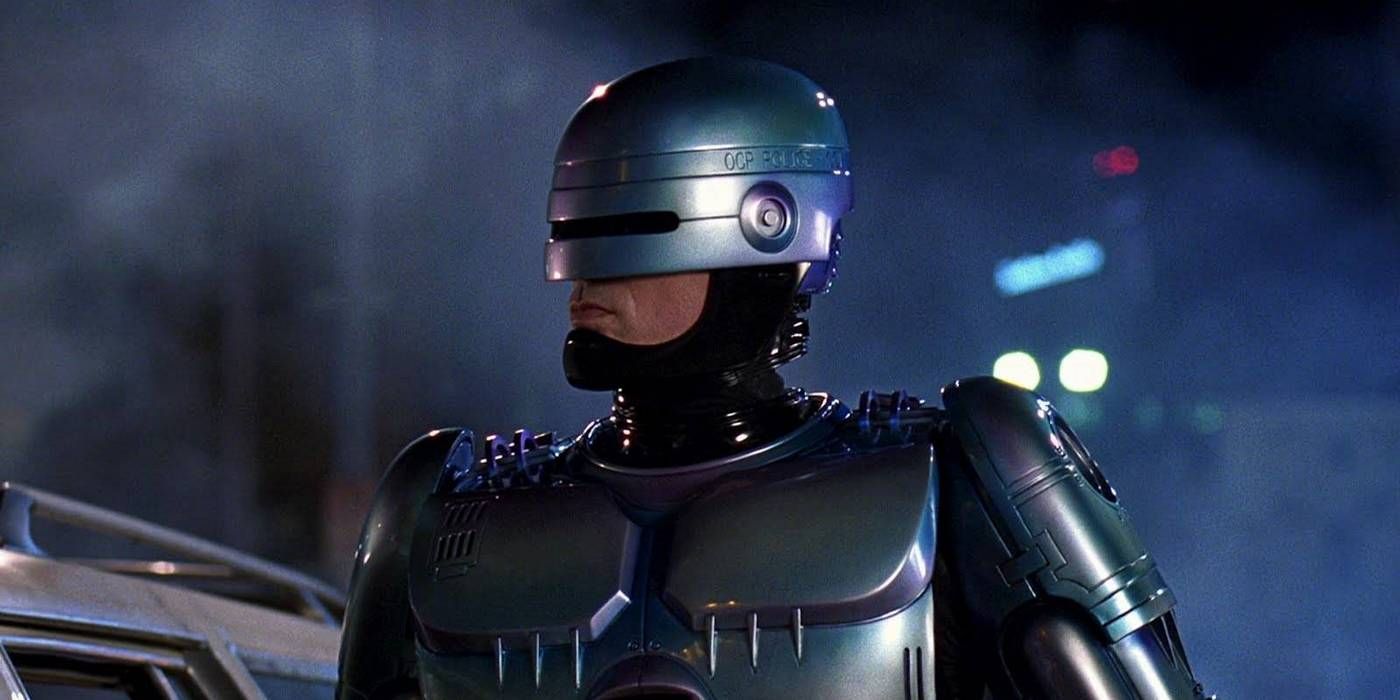 In the process, we get to see Robocop learn about the man he used to be. We see glimpses of his life as a father and a husband. We find out just how good a man he was to his wife and his son. It contrasts heavily to the ruthless criminals and callous business people that affect much of the story. That’s critical in terms of establishing Robocop as someone who conveys a heroic brand of masculinity.

From the outside perspective of the audience, Alex Murphy’s home life seems mundane and even a little corny. However, when put into the context of a crime-ridden urban dystopia, it becomes instrumental in elevating Robocop’s sense of duty. They make his prime directives more than just base programming. By adding Murphy’s humanity into the mix, they gain greater meaning.

It’s an inherently masculine trait, protecting those who cannot otherwise protect themselves. Murphy already embodied that trait because he was a cop and a family man. However, he could only accomplish so much on his own, as his fatal encounter with Boddicker proved. 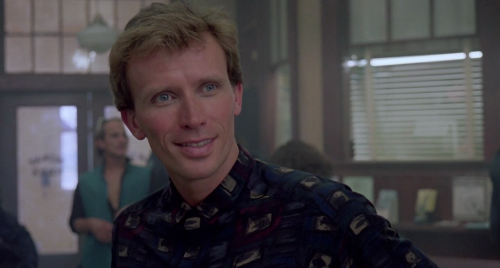 By becoming Robocop, that role is elevated because technically speaking, he’s better equipped than any man has ever been. He’s got a human mind, but he has a robot body, complete with bullet-proof skin and the ability to shoot with inhuman accuracy. Instead of stripping him of his masculinity and his humanity, becoming a robot actually enhanced it.

That, more than anything, is what elevates Robocop’s noble masculinity to another level. An act that should’ve utterly dehumanized him ended up making his humanity even stronger. It had to be in order to overcome OCP’s control and uncover the plot to exploit him as just another product. The fact that OCP tries and fails in the sequel to recreate him further reinforces just how unique Robocop is.

Through that journey from utter masculine deconstruction to total reaffirmation of his identity, the line between Robocop and Alex Murphy blurs. The line between carrying out noble acts and following basic programming blurs as well. In the end, Robocop isn’t just a machine following a program. He’s a man inside a machine, doing the same job he did as a man, but with much better weapons and more memorable catch phrases.

“Robocop” is hailed as a classic for many reasons. Robocop, as a character, continues to be an icon, despite sub-par sequels and a failed reboot. I think a big part of that appeal comes directly from how the first movie managed to portray the best traits of masculinity within a setting where the worst often thrived.

Even in a contemporary context, beyond the current state of Detroit, Robocop conveys a powerful message that men and women alike can appreciate. You can put a good man in the worst situation, destroying and deconstructing him at every level. That same man will find a way to re-emerge and do what needs to be done.

It’s a testament to the strength of manhood and our willingness to protect innocents in an unjust world. Robocop combines the spirit of a man with the power of a machine. One need not subvert the other. In fact, one can supplement the other and, dead or alive, the criminal element of any gender doesn’t stand a chance.