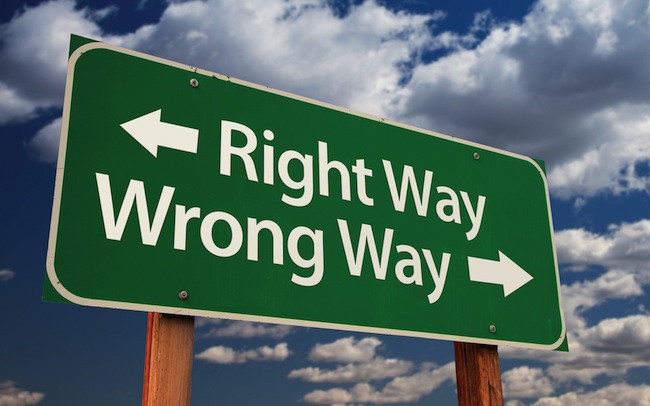 We’ve all been in situations like that at some point in our lives. Most of the time, it’s mundane. It effects only us and those in our immediate surroundings. In those instances, motivations tends to be basic. You make a decision you feel works best and you deal with whatever consequences that occur. However, when it comes to larger decisions by people in powerful positions, it tends to get more complicated.

Those complications have become a lot more visible in recent years, due to the internet and social media. Now, if you’re a rich celebrity or in a position of power, your choices are always scrutinized. Doing the right thing is not just a matter of morality anymore. It’s an added complication for public relations and advertising.

People will do the right thing because it’s good for their image.

People will do the right thing because it’s for a cause they believe in.

People will do the right thing because they’re being pressured, criticized, or condemned.

Whatever the case, the decision is usually the same. Even the moral components of the decision are the same. It’s just the motivation that’s different.

With that in mind, and given the dynamics I just described, I have one more question to add to this issue.

When it comes to doing the right thing, how much or how little do motivations actually matter?

It’s a relevant question in a connected world where it’s painfully easy to overreact. Recently, I speculated on the reactions to the recent news that the Washington Redskins were changing their controversial nickname. It didn’t take long for those speculations to become real.

Less than a day after this announcement was made, people were already saying that it was too late. Even if it was the right thing to do and was the desired result that advocates had fought for, it’s somehow not enough. They’ll point out that the only reason the name was changed was because major sponsors pressured it.

That point is probably valid. If the franchise stood to lose a great deal of money over clinging to its old nickname, even if they sincerely believed it wasn’t offensive, the economic pressures were just too great. When it comes to impassioned pleas versus financial pressure, money usually wins out.

It’s unfortunate, but that’s the world we live in. Money talks louder than outrage. It always has. It always will. No matter how much we resent that, that’s not something we can change right now. Regardless of how you might feel about that system, the question remains.

Does it truly matter? Advocates got their wish. The name of the team is changing. It might not be changing for the reasons they want, but it is changing. Isn’t that enough?

Do the results matter more than the motivations? We can never see, touch, feel, or measure someone’s motivations. We can only ever experience the results. One is tangible. The other is not. Which matters more to you?

I think it’s a relevant question because those continue to complain, protest, and whine about the team are only doing a disservice to their cause and future causes like it. They’re setting it up so that, no matter what their opponents do, there’s no way they can ever appease them.

If they don’t change the name, they inspire more outrage and criticism.

If they do change the name, they’re still subject to outrage and criticism because they didn’t do it soon enough or for the right reasons.

How is that fair? How is that even logical? If anything, that kind of approach only gives everyone a good excuse to never engage with opponents. They know there’s nothing they can do to placate them, so what’s the point? Short of getting in a time machine and undoing history, there’s literally nothing they can do.

Either results matter or they don’t. It’s as simple as that. If you’re not happy with the results, then you’ll never be happy with anything.