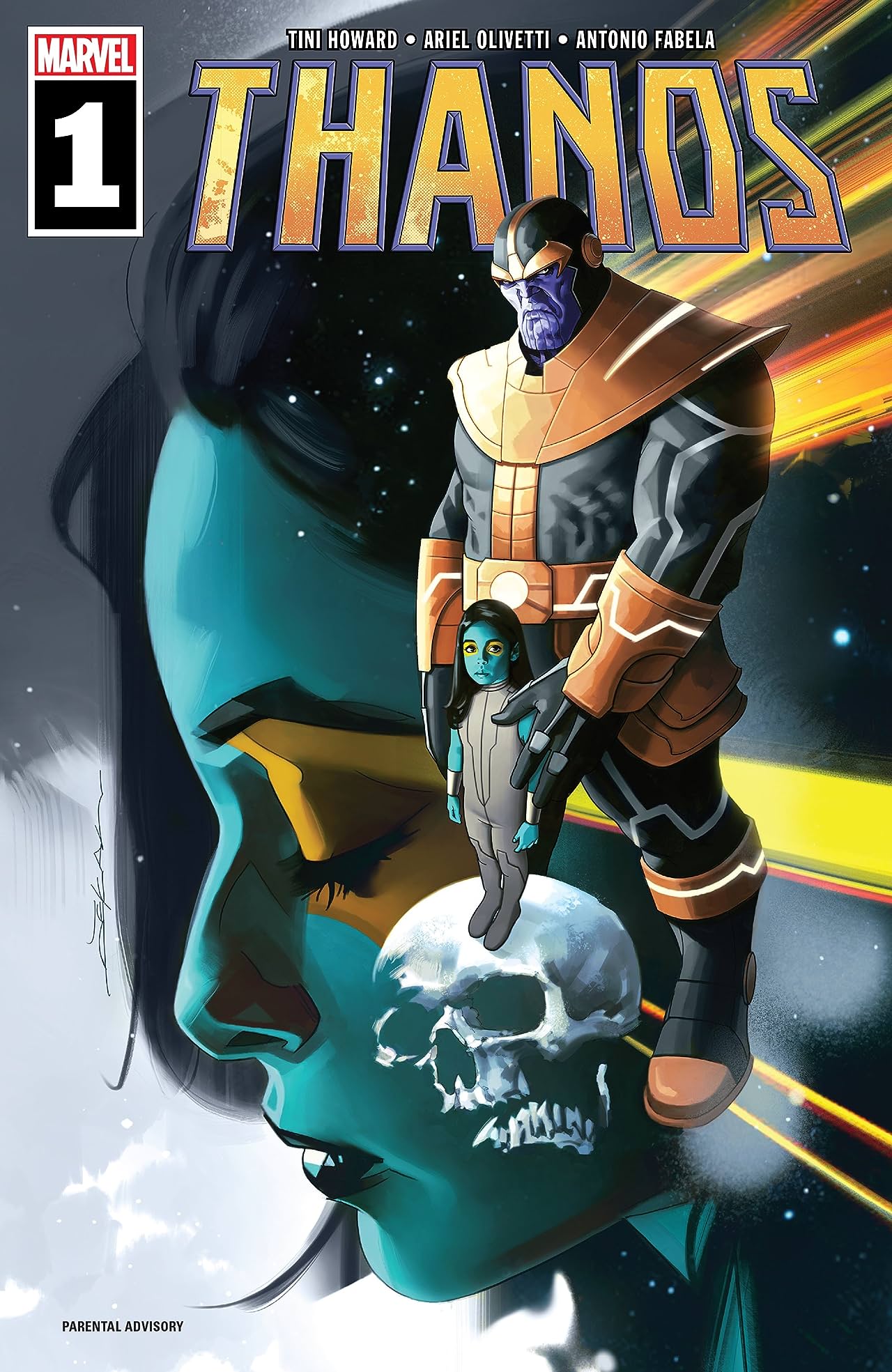 Every Wednesday, a new batch of comic books comes out to bring a badly-needed dose of awesome to a world that can never have too much. Not all of them are generic superhero comics. Not all of them are cheap kid-friendly comics full of talking animals and princesses, either. However, they all contribute to the overall awesome in their own unique way.

This week has more going for it than most. While new comics are certainly a joy to fans of superhero media, the upcoming release of “Avengers Endgame” is, by far, the bigger event. I would go so far as to argue that it’s the biggest event in the history of the superhero genre. However, that event wouldn’t be possible without the comics that birthed these iconic characters.

This week, one character is destined to stand out over everyone else and he’s definitely not a hero. He is Thanos, the Mad Titan who brings death, destruction, and wrath wherever he goes. He brought the Marvel Cinematic Universe to its knees in “Avengers Infinity War.” He’s done it more than a few times in the comics as well. However, “Thanos #1” dares to tell a different kind of story.

In this story, Thanos is still the death-loving, power-mad titan he’s always been. A good chunk of the narrative is spent reinforcing this in ways as brutal as anyone would expect of the Mad Titan. That brutality is important, but not just to Thanos. This story is more about Gamora than it is about him. 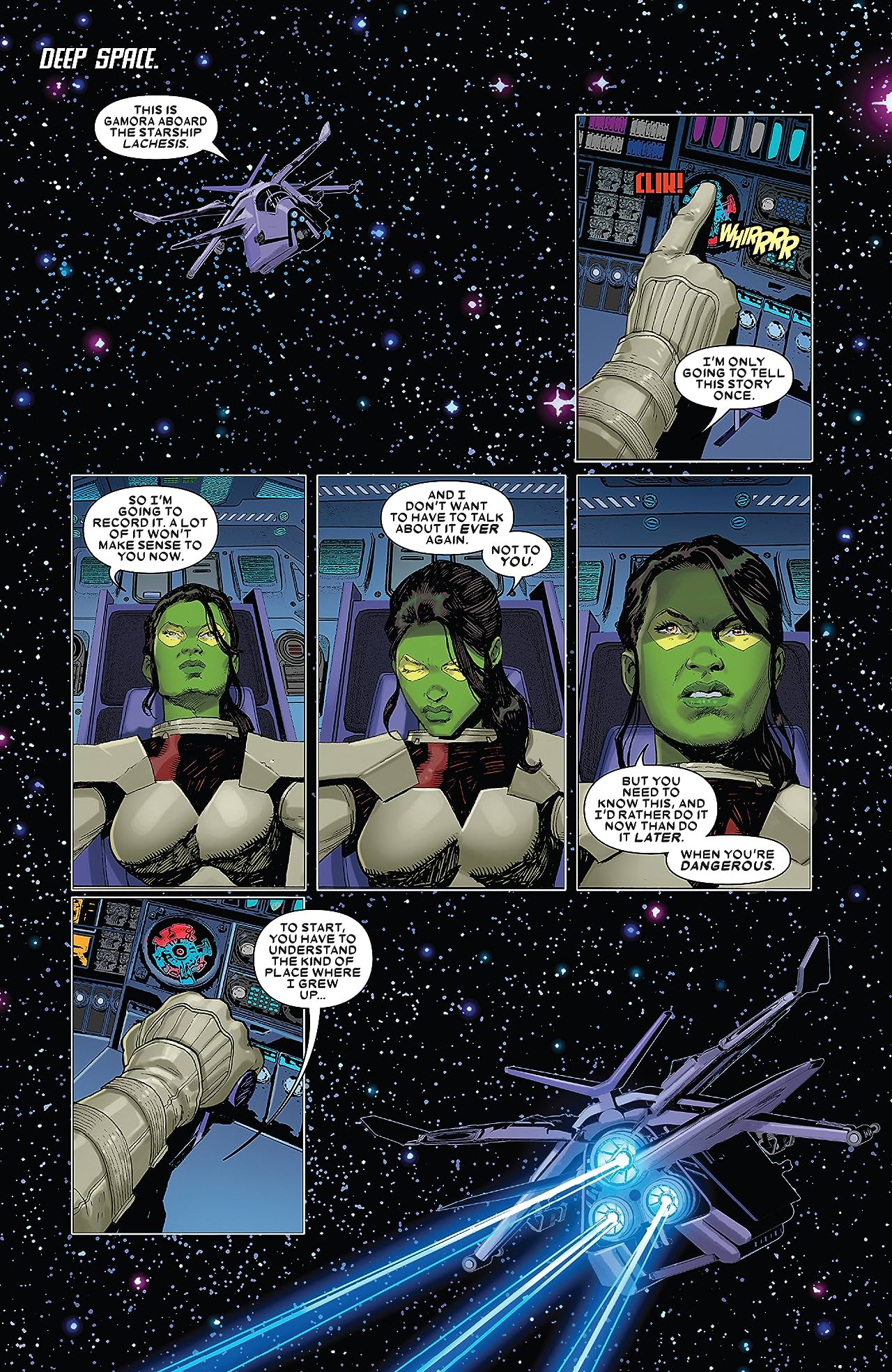 “Thanos #1” isn’t just some extended flashback that reinforces how menacing Thanos is or why he’s one of Marvel’s greatest villains. This is Gamora telling her story about how she became the most dangerous woman in the universe under his guidance. It’s definitely a story worth telling and writer, Tini Howard, doesn’t gloss over the gruesome details.

Through Gamora, we see that Thanos isn’t just a cruel, mass murderer. He really is mad on many levels. There are times when he kills with a goal in mind. While that goal isn’t always logical, he does show that he knows how to employ tactics and he knows how to lead other killers into battle.

Then, there are the times when he just kills because he is not a stable mind. It doesn’t matter if it costs him valuable soldiers and crew members. He kills for the same reason other people collect Star Wars toys. He’s obsessed with it. In the same way some fans can never have too many Darth Vader action figures, Thanos can never have too much death. Howard does plenty to flesh out this side of Thanos. By reinforcing the extent of Thanos’ madness, it makes Gamora’s role a lot more meaningful. That meaning is important because Thanos shows, time and again, that he’ll kill anyone and everyone without a second thought. Whether it’s an entire planet of pacifists or his own crew of murder-happy minions, he does not hesitate for a second when that murder itch strikes.

However, he does hesitate when he encounters Gamora. It’s not out of compassion or pity, either. Something about her stands out that sets her apart from the countless victims Thanos has killed throughout the cosmos. It’s not immediately apparent. It’s also substantially different than what we saw in “Avengers Infinity War,” but the underlying theme is the same.

It still carries dramatic weight and the artwork of Ariel Olivetti nicely captures that drama. Gamora, who narrates the story, doesn’t portray herself as an impressionable victim who was eager for a power-hungry madman to corrupt her. She was, by and large, just a young girl trying to escape a massacre with her family.

She didn’t come from a warrior culture. She didn’t have a violent streak in her. She was, by all accounts, just an ordinary alien woman who wanted to live peacefully in the only world she’d ever known. For her to become the most deadly woman in the universe, she had to be forced down that path and molded in the most brutal way possible. It’s yet another testament to just how devious Thanos is, both in the comics and the movies. He’s not just capable of leading a team of murderers from one slaughter to another. He’s also capable of turning an otherwise innocent woman into one of the most deadly killers in the universe.

“Thanos #1” is one of those comics that came out at the best possible time. Thanks to the events of “Avengers Infinity War” and the upcoming release of “Avengers Endgame,” the extent of Thanos’ villainy has become a major component of the superhero genre. He is the standard by which other villains are measured now and, like the movies, Gamora is part of that story.

Despite the differences between Thanos in the movies and Thanos in the comics, they share a common link through Gamora. She is an integral part of his journey, as a villain. She embodies just how much Thanos’ cruelty can shape and mold those around him. She is who she is because of Thanos and, as much as she hates it, he defines her.

Gamora’s story is not a pleasant one, but “Thanos #1” proves that it’s worth telling. At a time when all things Marvel are fueled by all things Thanos, the timing couldn’t be better for such a story.