Brace yourselves because I’m about to say something that’s going to explode heads and confuse genitals everywhere. Are you sitting down? Has it been a while since your last meal? If not, take about a half-hour or so to let it digest. You’ll thank me later. I promise.

Are you back? Are you sitting? Are you bracing yourself appropriately? Okay, here goes. Again, don’t say I didn’t warn you because this is going to shock more people than it should. 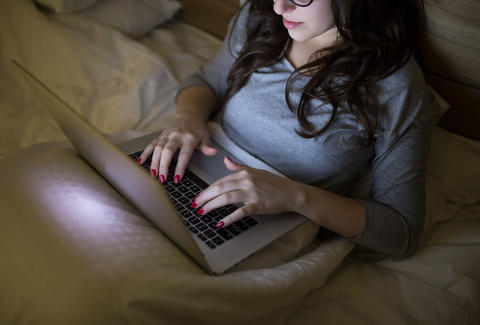 That’s actually not as difficult as it sounds. Yes, I know the concept of understanding women is often equated to understanding quantum physics. No, I don’t believe that’s accurate. That’s just an overplayed gimmick in every bad romantic comedy made since 1977.

It is possible to understand women on some levels. You just have to do something so simple, yet so revolutionary, even in 2017. You have to actually listen. I’ll give everyone another moment to stop gasping.

Now I’m not saying I’m a professional listener, but I have a functioning brain and functioning ears. Those are the most vital tools last I checked. In addition, there are others who just announce to the world what women think and what they find sexy. You just have to be willing and able to listen. Again, it’s not as hard as it sounds. It did not need to be a sub-standard Mel Gibson movie.

One such medium that has been very informative to this blog before is ThinkTank. They’re not scientific. They’re not overly preachy either. They’re about as balanced as you can get on the internet these days, which I know is not saying much.

Here’s the video. It’s fairly SFW and not overly graphic. It does, however, paint an interesting (and telling) picture.

That said, I don’t think we’ll agree on the factors behind this. I know there are radical feminists and even a few overly religious types who will whine about the extent to which women are sexualized. I don’t doubt that happens. It’s fairly well-documented, albeit incomplete, that women are more sexualized in North American media than men.

It can happen though. A single X-men comic that came out last year proved that a relationship of equals can really work. It’s the kind of relationship I’m trying to craft in my novels. My upcoming book, “Passion Relapse,” really makes an effort at this and I hope it has that unique appeal to women and men alike.