New York Comic Con 2020 Is Cancelled (And Everything Is Worse) 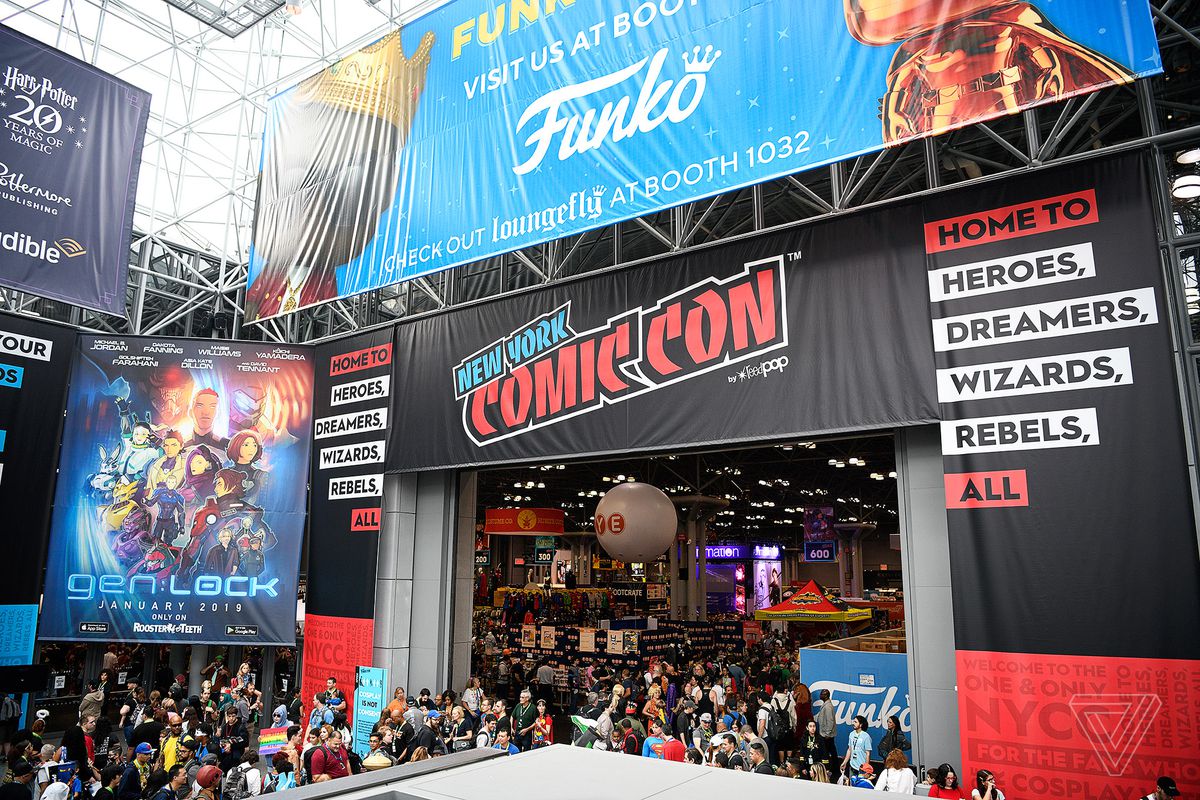 In case I haven’t made it clear enough, this year fucking sucks. I want nothing more than to purge the year 2020 from my memory. Every week, it seems, a new brand of awful emerges to crush our collective spirits. Most of it stems from the global pandemic that has cancelled damn near everything we love.

Some of those cancellations hurt more than others. Personally, I can endure going a year without the NCAA basketball tournament. I can even endure NBA and NHL playoffs getting pushed back. Those are painful, but they’re bearable.

Then, there’s the New York Comic Con. Losing that is a different kind of pain. Losing that hurts me on a level that I cannot put into words. I’ve been bracing for it ever since the San Diego Comic Con got cancelled.

Finally, it became official and still, it hurts. As bad as this year has been, this just makes it utterly irredeemable.

New York Comic Con’s physical presence is canceled this year. The annual convention typically takes place in Manhattan’s Javits Center. Organizers announced today, however, that “it likely comes as no surprise that NYCC 2020’s physical event at the Javits will not be able to run as intended.”

Because of the pandemic, all major events this year — including Google I/O, E3, and SXSW — have come to a stop. Organizers canceled San Diego Comic-Con in April for the first time in 50 years in favor of an online event. NYCC will follow suit with an online-only event, taking place October 8th-11th, through an online portal dubbed New York Comic Con’s Metaverse. “We are partnering with YouTube to bring to life four days of incredible content from the biggest studios, publishers and creators in the business,” organizers said.

Although digital is the best effort any event can safely make, events like Comic Con are social affairs. The fun for many fans is dressing up, seeing favorite celebrities in person, and spending time with fellow geeks. Online events are also ripe for logistical problems; SDCC’s online event, which took place late last month, had streams taken down due to copyright claims or required fans to have access to several streaming platforms.

I’ll say it again and I’ll belabor it as much as I damn well please. This hurts me. This hurts me a lot. I don’t care for some live “virtual” event. That didn’t work for San Diego. It’s not going to work here, either. Having a virtual comic convention is like having a virtual massage. It’s just not physically possible.

I’ve been going to the New York Comic Con every year since 2012. I’ve documented some of those trips. What makes it worth going to has less to do with the news that often comes out of these conventions and everything to do with the experience. You cannot replicate that with a fucking livestream video that cuts out and gets interrupted by shitty insurance commercials ever 20 minutes. You just can’t.

You go to congregate with your fellow fans.

You go to meet new people, bond over your hobbies, and enjoy the many activities that you can experience in New York City.

Now, I’m not the most socially capable person on the planet, but at the New York Comic Con, I feel like I can connect with anyone. I can make new friends, flirt with cute girls, and share memorable moments. It’s an experience surrounded by spectacle. There’s just so much to see and do. The idea of not being able to do it this year is just soul-crushing.

I get why it can’t go on. Given the crowds at the New York Comic Con, it’s not exactly easy to social distance. We’re in a pandemic. Thousands have died and thousands more are likely to die before all is said and done. It’s awful. It’s taking lives and destroying the things that make life worth living.

There’s no upside. There’s no hope, aside from waiting another year, assuming the world is still intact. I’m willing to be patient, but my spirit is now fully and utterly crushed. The New York Comic Con is cancelled this year and everything is worse. There’s nothing more to say.