For the past two months, it seems everyone is longing for or agonizing over a sense of normalcy. They look back on the days of being able to go to a movie theater, sit inside a crowded restaurant, or smell someone’s breath while they stand in a crowded subway car. While that last one might not be that fond a memory, it still symbolizes the same idea.

We miss that sense of normal. Even if the concept of “normal” had its problems, as it often does, we miss it. We’ve all spent the last two months enduring extended isolation while watching increasingly grim news surrounding a global pandemic. People don’t agree on much, but they can agree that this abnormal experience sucks.

I’m of the opinion that we can never truly go back to the “normal” we once knew. I’m also of the opinion that “normal” is an overrated concept. At the same time, I long for some aspects of that pre-pandemic world. That’s why the prospect of New Comic Day returning is such a relief.

It’s still not back to full capacity, but it’s getting there. Books that were supposed to come out back in late March are finally starting to hit both comic shops and Comixology. This week marks the first week where all the major comic companies make a concerted effort at returning to normal. I can’t speak for all comic fans, but I’m rooting for them to succeed.

As part of that effort, I’ve assembled a pull list and pick. It’s still too early to call this a return to normal, but I’ll take it.

My Pick Of The Week
Marauders #10 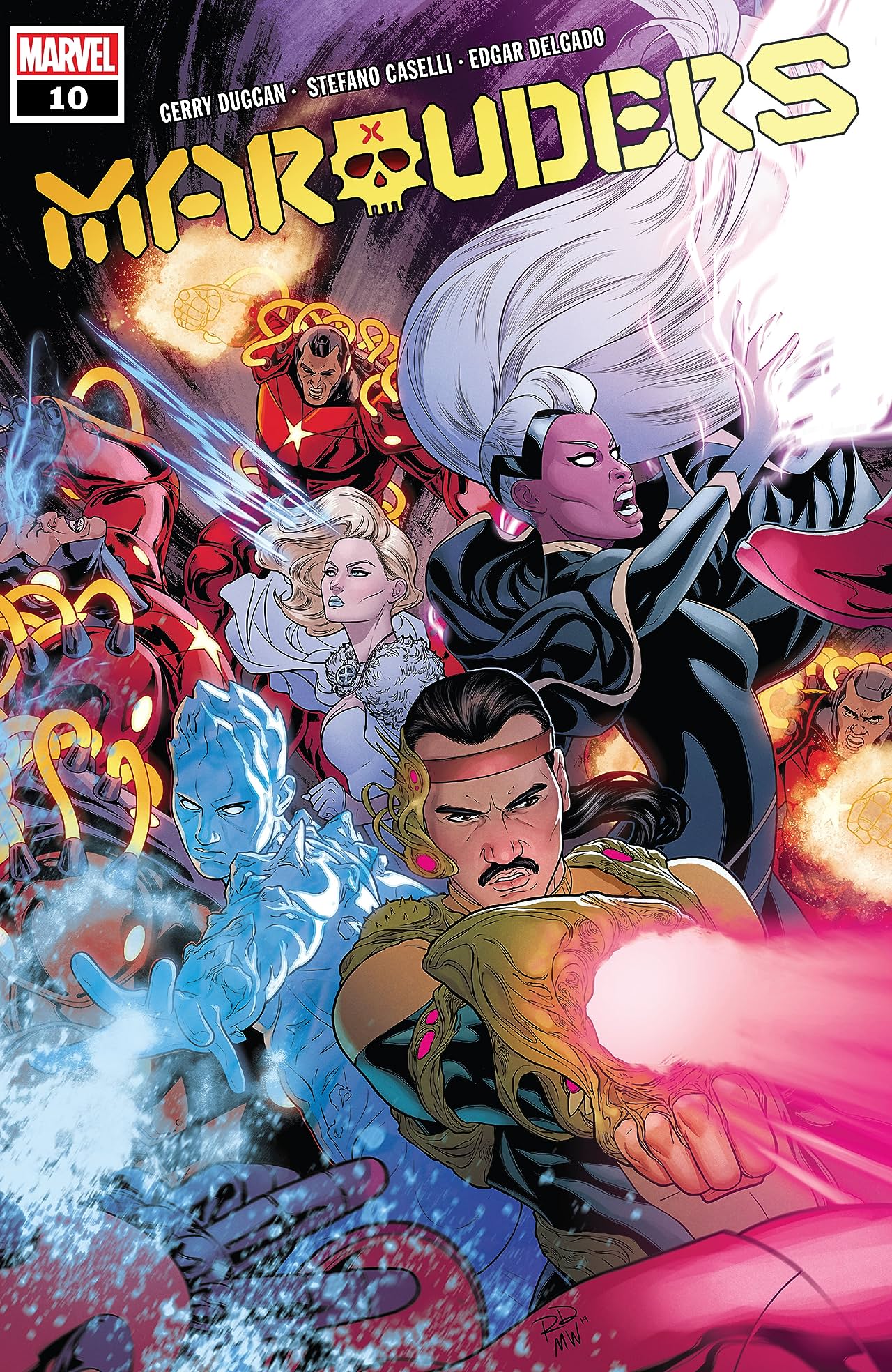 There’s an inescapable law in superhero comics that’s right up there with characters not staying dead or Deadpool being annoying. If you invent a certain technology that can be used by villains, then there’s no uninventing it. You can scrub your computer. You can burn on the schematics. You can even try to mind-wipe everyone you told about it, which is possible in worlds that have telepaths.

There’s no getting around it. Some asshole will find it and use it to inflict harm, suffering, and chaos. That’s a lesson that Forge, and all of Krakoa, learn in “Marauders #10.” For the last several issues, someone with ties to corrupt, mutant-hating Russians has been using power dampening technology to abduct mutants and harass Krakoan exports. It has cost Krakoa money and it may have cost Kitty Pryde her life.

I say “may” because X-Men comics have really twisted the meaning of death and dying after “House of X/Powers of X,” albeit in a very awesome manner. However, Kitty’s status among the living is only secondary. What happened to her is just more motivation for Emma Frost and the rest of the Marauders crew to get back at the Russians who think they can get away with trolling Krakoa.

It’s a serious effort that has serious ramifications for Krakoa’s emerging status among nations. That doesn’t stop writer Gerry Duggan and artist Stefano Caselli from having fun with it. This isn’t some standard clash where the X-Men take down a few evil minions and blow up a few killer robots. There’s some real strategy and cunning employed.

By that, I mean Emma Frost weaponizes her tits in battle.

Yes, it’s as awesome as it sounds.

Naturally, Emma Frost steals the show, but there’s a bigger picture in “Marauders #10” that goes beyond stopping a bunch of renegade Russians. It’s another step in Krakoa’s growing pains as a nation. Mutants have established themselves as a world power. They’ve shown that they have valuable resources to trade.

Naturally, those resources are going to come under attack. Like any nation, Krakoa has to deal with competitors, enemies, and rogue elements from unfriendly nations. When mutant powers are involved, both the threats and the geopolitical implications are compounded. Smaller conflicts are now much bigger in scope.

It doesn’t help that things like power dampening technology and mutant killing robots are still out there in the world. Chances are the schematics are available on the dark web for a few bitcoins. When mutants were just scattered or on the brink of extinction, these dangers were localized. Now, they’re a matter of geopolitics.

That’s the kind of world that the X-Men live in now and “Marauders #10” builds on it. There are still plenty of obstacles for the X-Men and Krakoa to deal with. Some will be harder to overcome than others, as the loss of Kitty Pryde has shown them. However, even if they can’t undo technology like Sentinels and power dampeners, they can still fight through it and thrive.

It’s a testament to both Krakoa’s emerging power and Emma Frost’s uncanny tits.