During times of crisis, be they global or just a string of bad days, you got to make the most of what little good you can find. One major benefit of being a comic book fan is that you get a nice shot of good once week, every Wednesday. For us, New Comic Day is like a free massage, a free meal, or a free lap dance that adds a silver lining to an otherwise shitty time.

Let’s be honest. It’s been a long time since things have been this shitty. The news surrounding the Coronavirus/COVID-19 is historically bad and keeps finding ways to get worse. For the foreseeable future, there can be no sports, no concerts, and no major gatherings of any kind. It sucks, but that shouldn’t stop anyone from enjoying a fresh stack of comics.

This feels like one of those weeks where every comic fan is entirely justified in spending more than they usually do. When you’re stuck at home or are looking for new ways to combat boredom, it’s the best possible time to pick up a new series or take advantage of one of Comixology’s many sales. You might just find something awesome.

The world will continue. The news will likely get worse before it gets better. Until then, every bit of awesome we can find is all the more precious. Below is my pull list for the week and my pick. A new batch of comics may count for much for some people, but in my experience, there aren’t many bad situations that cannot be improved by great comics.

Guardians of the Galaxy #3 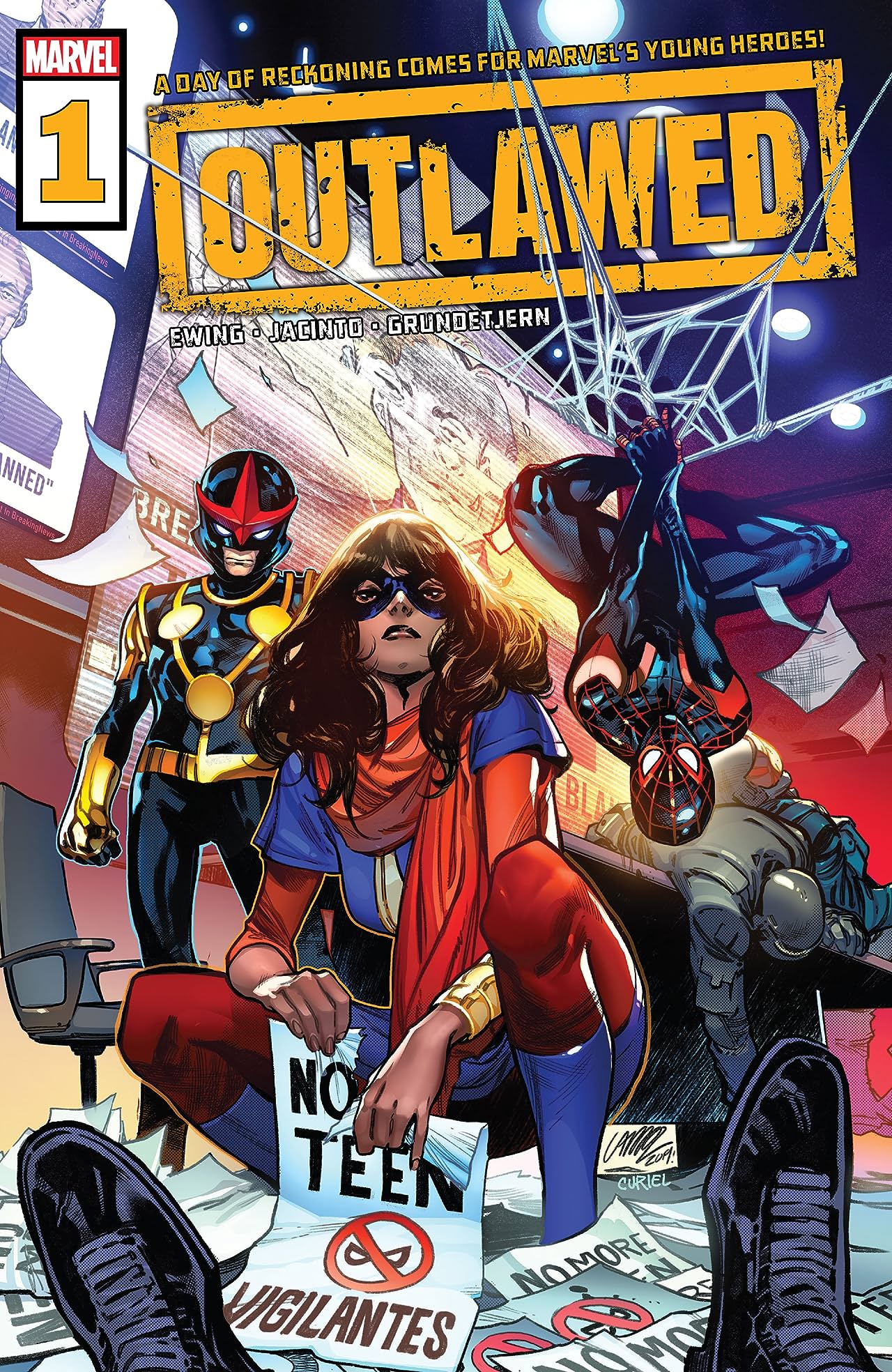 Teenage superheroes are among the high risk/high reward ventures of superhero comics. When done right, teenage superheroes can create great characters who grow to become iconic heroes. Peter Parker is the gold standard for just how great those characters can be, as evidenced by his merchandising sales. However, he’s the exceedingly rare exception.

Most of the time, teenage superhero end up being superheroes with teenage angst. That’s why so few go onto become iconic. In recent years, Marvel has been reaping the rewards of putting considerable effort into their teenage heroes. Characters like Ms. Marvel, who is destined for her own Disney+ series, is probably their greatest success story. However, a comic like “Outlawed #1” reminds us that her success extends beyond her character.

A big reason why teenage superheroes have become so prominent at Marvel lately is because the adult heroes aren’t exactly raising the bar. Between superhero civil wars and mass Hydra infiltration, they’ve been letting the younger generation of heroes down a lot lately. They’ve been trying to make up for those shortcomings and it’s led to some remarkable stories and character growth, especially in books like Champions.

All those efforts finally hit an adamantium wall in “Outlawed #1.” Writer Eve Ewing does something different in taking a step back to see the bigger picture surrounding teenage superheroes. The story raises an important question that probably should’ve been asked much sooner.

Should teenagers even be superheroes?

That’s a question that Marvel’s top teen heroes, including Nova, Ironheart, Moon Girl, and Miles Morales try to answer. Even other adult heroes like Captain Marvel and Captain America chime in. Unfortunately, there’s a messy context to the question and it badly affects the answer.

“Outlawed #1” effectively sets the stage for the teenage superheroes of the Marvel universe to prove themselves. Like teenagers who have to prove they can be trusted with their parent’s car, they have to show that they can handle the duties and responsibilities of being heroes. On top of that, they have to do so after striking out on an incident that went so poorly, the government got involved.

Even the most irresponsible teenagers rarely let it escalate to that extent. While their intentions were always good and their ideals always solid, their youth and inexperience showed. The authorities they rarely respect have successfully made the case that teenagers cannot be responsible superheroes. Now, they have to prove that notion wrong.

It’s a daunting prospect that gives “Outlawed #1” a level of dramatic weight we haven’t seen in superhero comic for a while. It doesn’t just raise questions about teenagers being superheroes. It doesn’t frame them completely as one of those simplistic concepts that involves adults lecturing teenagers on responsibility.

There will always be a place for teenage superheroes, but it’s worth questioning how capable these young heroes can be when they lack experience, maturity, and perspective. They’re difficult questions, but “Outlawed #1” gives these heroes an opportunity to answer in a way that makes this book an easy pick.

Regardless of how you feel about irresponsible teenagers, they’re going to do crazy things that adults don’t approve of. That includes being superheroes. Let’s face it, there are worse things they could do with their powers.