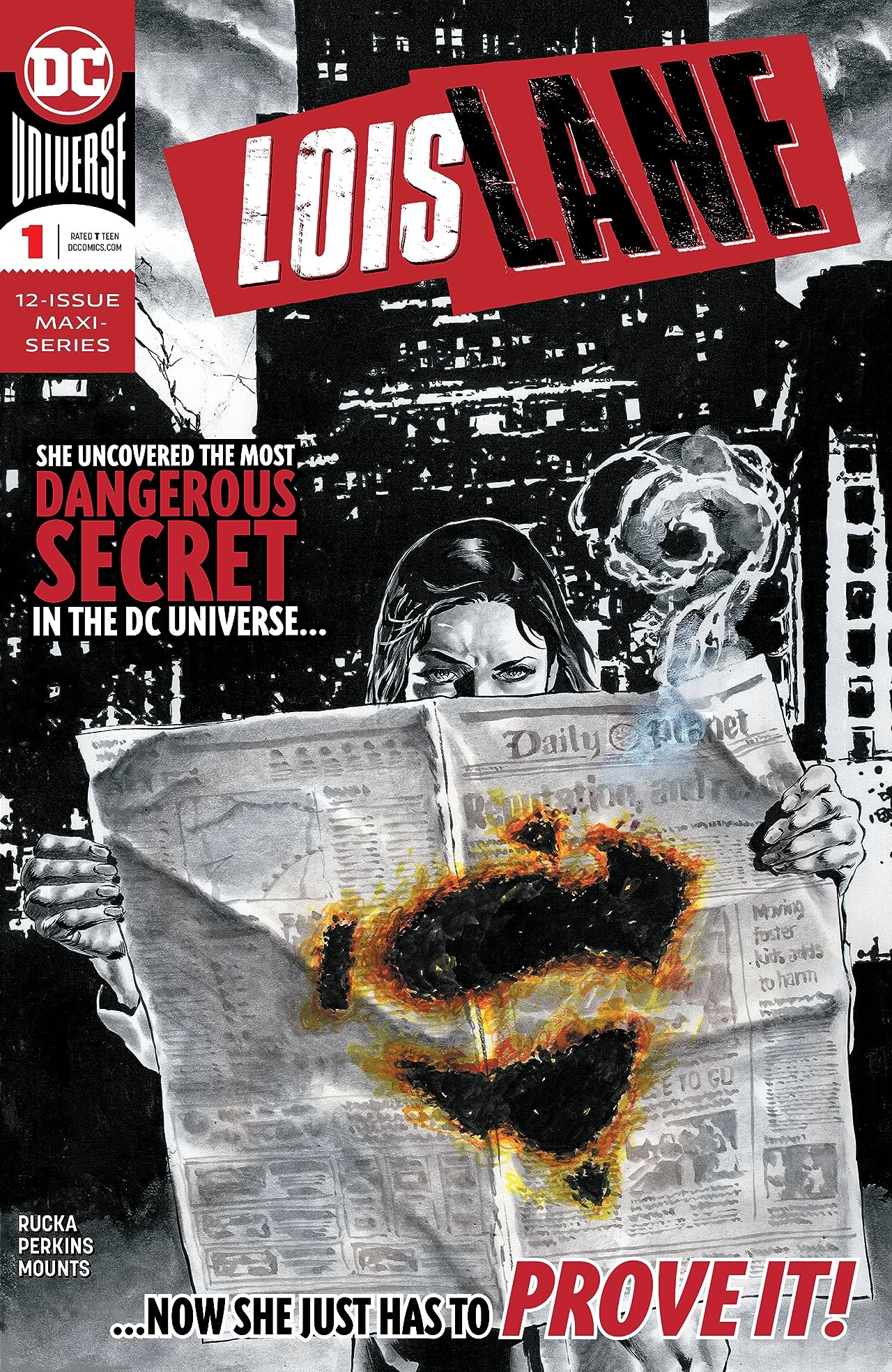 Every Wednesday, a new batch of comics enters this world in the never-ending effort to make it feel less hopeless. Fans like me take comfort and joy in reading stories about powerful superheroes using their immense abilities to pull off heroic feats. Many of these stories center around extraordinary individuals doing extraordinary things with power that few in the non-comic book world can comprehend.

Then, a comic like “Lois Lane #1” comes along and proves that heroic feats don’t need superhuman abilities. They just need a stubborn and unyielding commitment to the truth.

I admit that the idea of a Lois Lane comic didn’t seem all that intriguing. I also freely acknowledge that I’ve criticized how Lois has been utilized in recent years with respect to the larger Superman mythos. Those criticisms aside, I don’t deny the importance of her character. She is still an integral part of Superman’s world, as well as the larger DC universe.

“Lois Lane #1” doesn’t change that role, nor does it attempt to radically alter who Lois is. It just takes some time to focus on what she does, why she does it, and why it’s such a critical component of truth, justice, and the American way. You could even argue that those ideals are more critical now than they ever have been, which means Lois Lane’s story carries a weight beyond being Superman’s love interest. 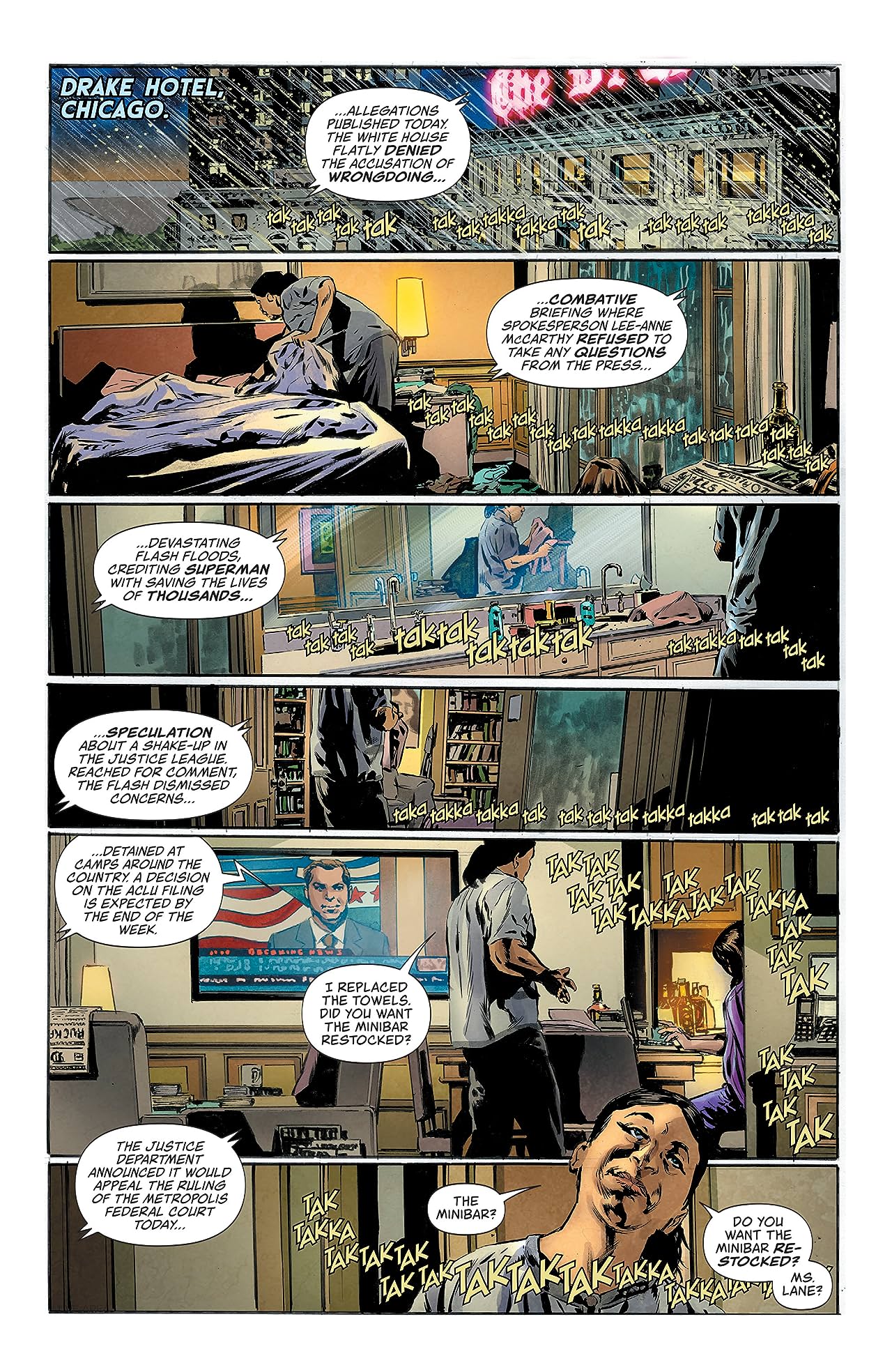 Writer Greg Rucka, who has considerable experience writing DC’s strongest female characters, builds an entire story around Lois Lane exercising her expert reporting skills. On the surface, it may not sound as exciting as watching Superman punch meteors out of the sky, but the underlying themes of the story go beyond just saving the day.

Those looking for another story about Lois needing to be rescued by Superman again will probably be disappointed by “Lois Lane #1.” However, those hoping to see someone pursue justice in a way that doesn’t require Kryptonian biology are in for a treat. Superman may be the personification of truth, justice, and the American way, but it’s Lois Lane who proves you don’t need powers to fight for it.

The story is a potent mix of a spy thriller and a mystery built around headlines that are all too real to anyone with a news feed. Yes, there are plenty of super-villains in the DC universe looking to destroy whole worlds and rip apart the fabric of reality. At the same time, there are smaller-scale forms of injustice and those are the battles Lois fights. 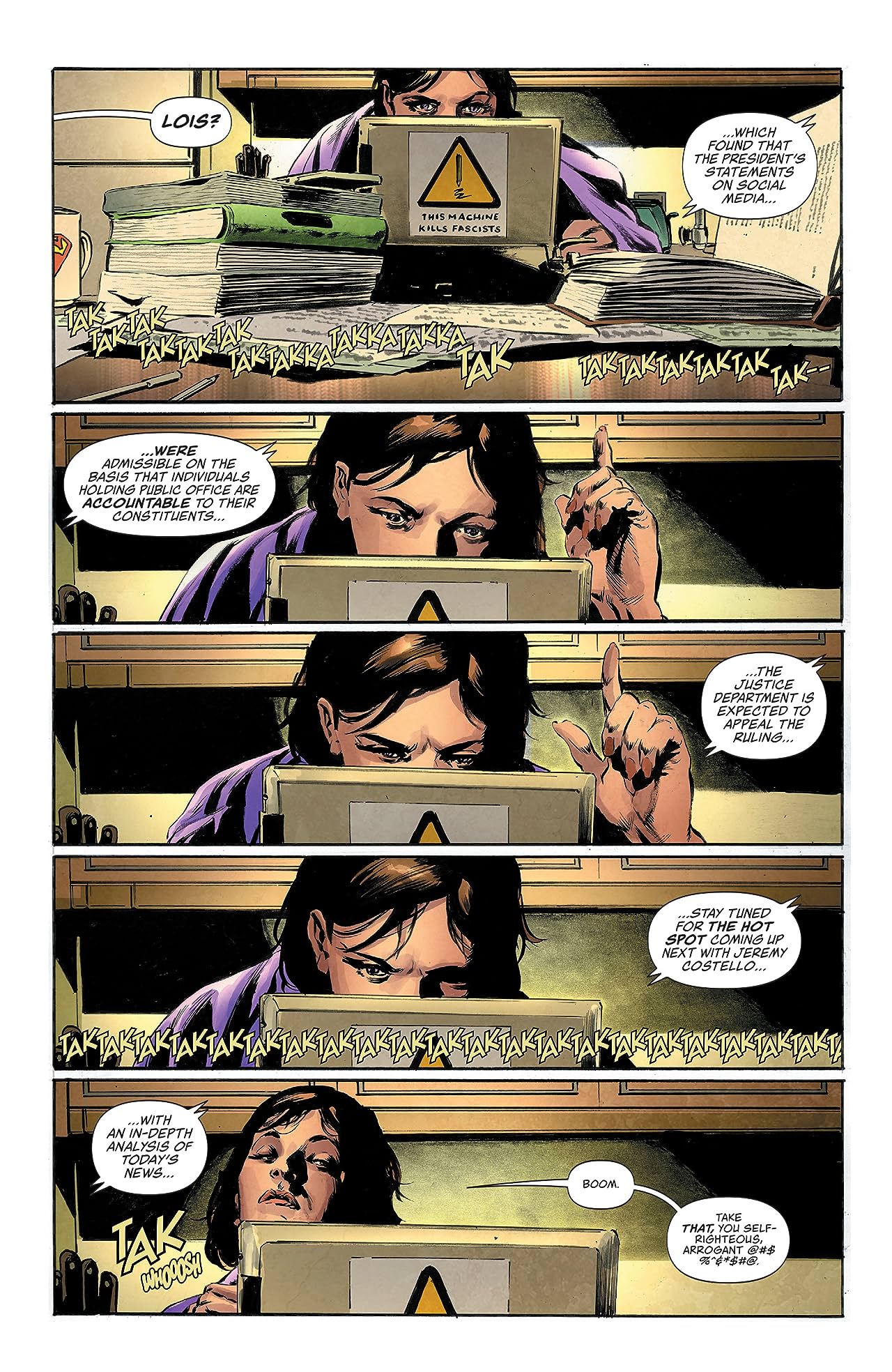 In this case, her fight takes her to Russia, a place not known for press freedom. She has a story that won’t defeat Darkseid, but it will expose the corruption, injustice, and lies that plague her world as much as ours. While Superman is still in the story, he actually plays no part in helping her navigate this battle. In this particular battle for truth, Lois is on her own and she proves she’s capable without superpowers.

In fact, for the truth she seeks, superpowers aren’t that useful. Exposing corruption and lies is never a matter of how many meteors or parademons you can punch. Lois is a reporter. She needs information, sources, and connections. These are not things you can punch or magically conjure. Rucka has Lois rely almost entirely on her reporting skills rather than her intimate relationship with Superman.

Those reporting skills might as well be superpowers. Lois isn’t just dedicated to finding the truth. She’s determined. She willingly puts herself in danger to find the information she needs. While this usually means Superman has to rescue her at least once a week, that’s not the case here.

“Lois Lane #1” shows that it is possible for Lois to navigate that danger without calling on her super-powered lover. After reading this comic, you feel as though this sort of triumph doesn’t happen often enough, both in the real and fictional world. 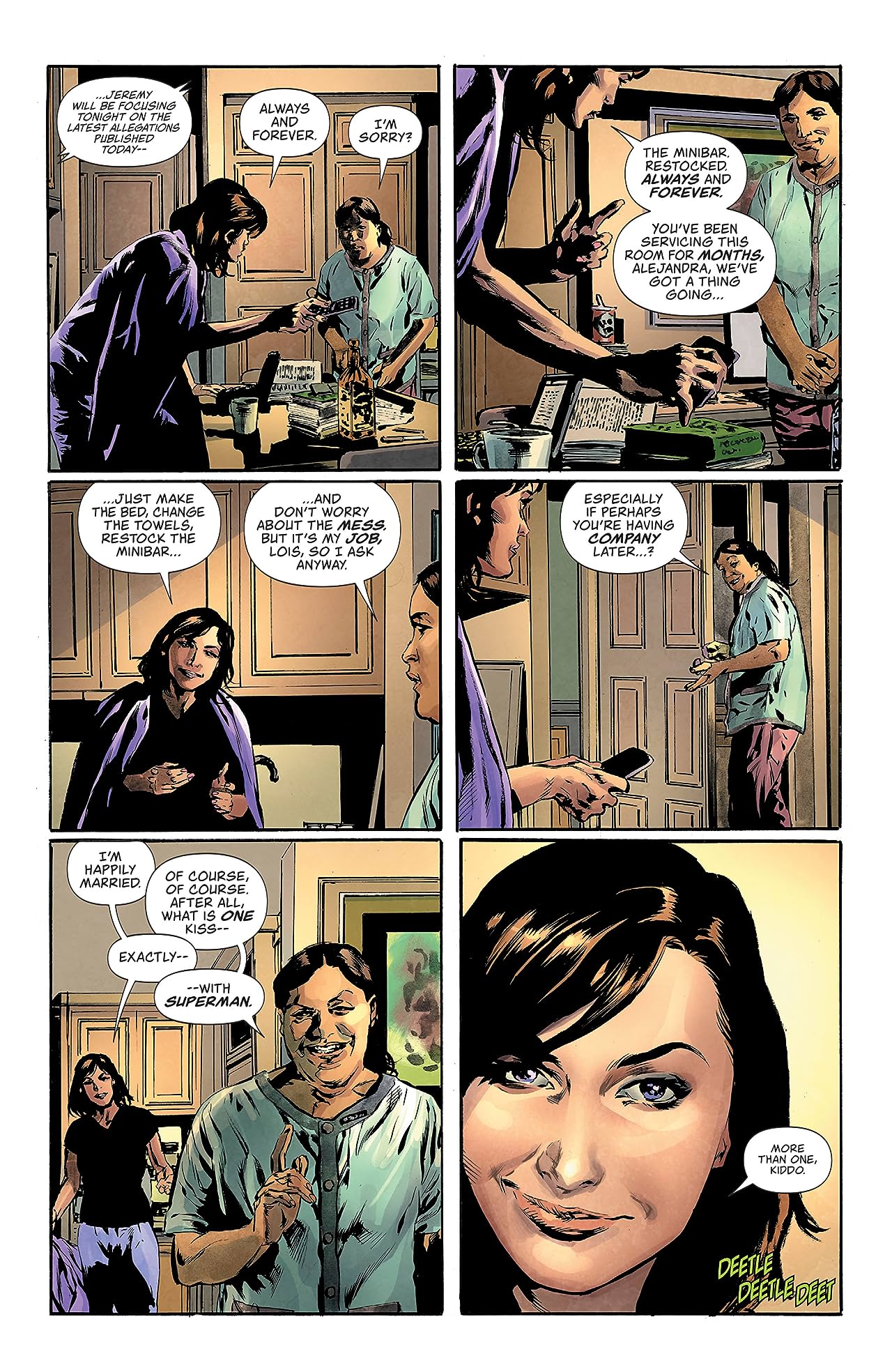 Throughout her history, Lois Lane has been a tricky character to develop. She’s so defined by her relationship to Superman that it’s difficult for her to stand on her own. Being a side-kick or a love interest tends to define a character more than what they actually do in a story.

“Lois Lane #1” doesn’t try to subvert or redefine her lengthy history. She’s still very much Superman’s love interest. She still plays a vital role in his story. However, this comic makes the case that Lois can carry her own story, as well. Rucka, along with the art of Mike Perkins, demonstrate that she can pursue truth and justice on her own. For someone who needs to be rescued so often, it’s both refreshing and overdue.

While Lois Lane will never be an iconic female hero on the same level as Wonder Woman, she embodies many of the principles that heroes of all kinds fight for. They readily protect the innocent and defend justice with their immense powers, but Lois Lane demonstrates why those principles matter.