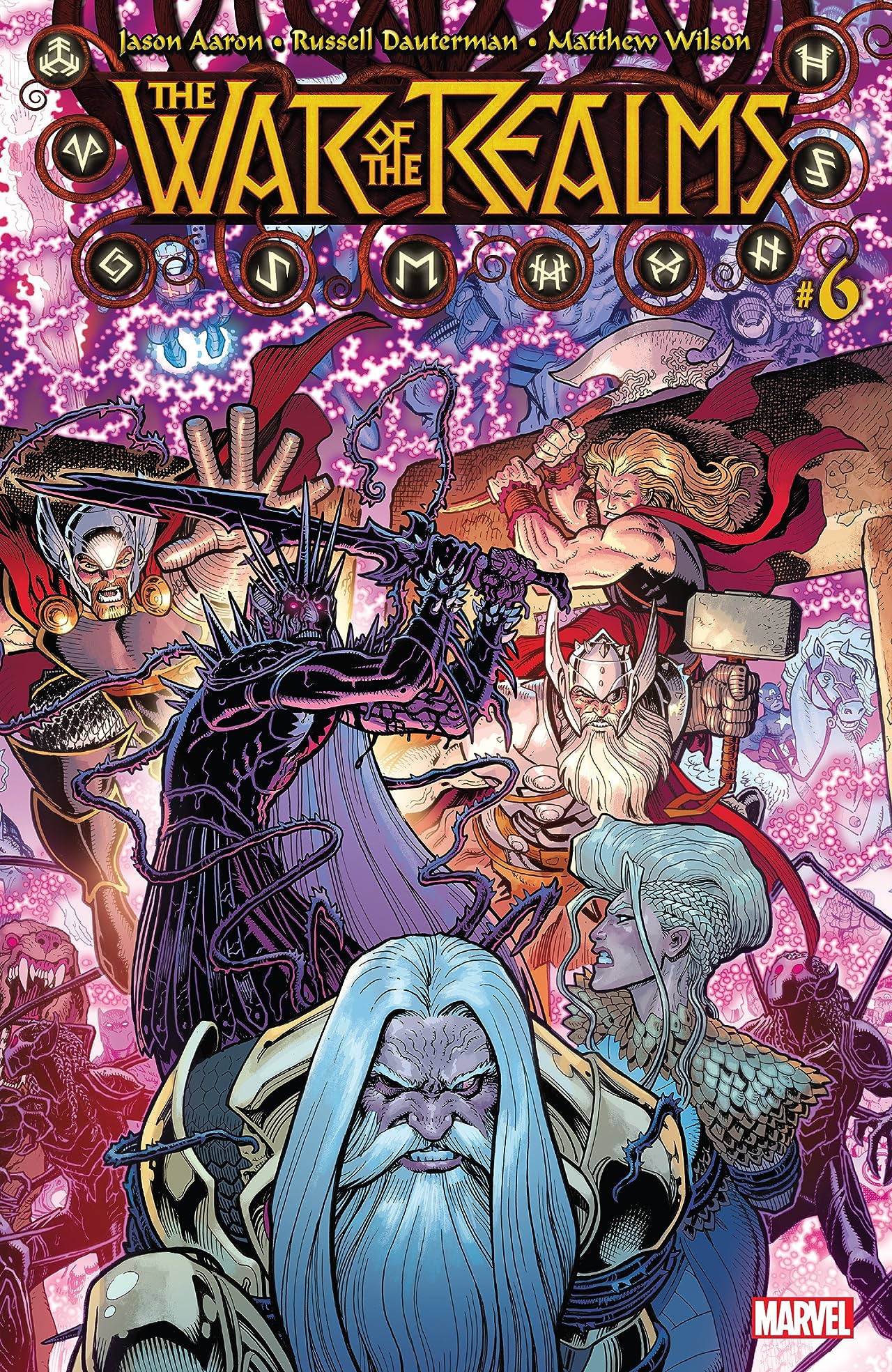 Once a week, the comic gods bless us with a wave of new material to help make this feeble world a bit more divine. Some weeks feel more blessed than others and when it comes to concluding epic crossover events, there are plenty of blessings to go around.

If the final battle in “Avengers Endgame” stoked your appetite for high-stakes superhero battles, then congratulations! You now know what long-time comic book fans have been enjoying for decades. Before superhero movies raked in billions at the box office, battles of such epic scale played out in events like Onslaught, Secret Invasion, and Maximum Carnage. Today, War of the Realms joins those marvelous ranks.

The verdict is in. The conclusion is unavoidable. “War of the Realms #6” effectively caps off both a massive conflict and an incredible era for a certain collection of characters. This seeds of this war that were planted years ago finally bore fruit and even if you haven’t followed every stage of growth, that fruit still tastes pretty damn sweet.

“War of the Realms #6” isn’t just the end of the massive, realm-spanning war that started with Malekith the Accursed. It’s the end of a rocky journey for Thor, his family, and his friends. By the time the fighting stops, the Thor we see is a Thor who is worthy on an entirely new level. Not even the pickiest enchanted hammer can deny that now. 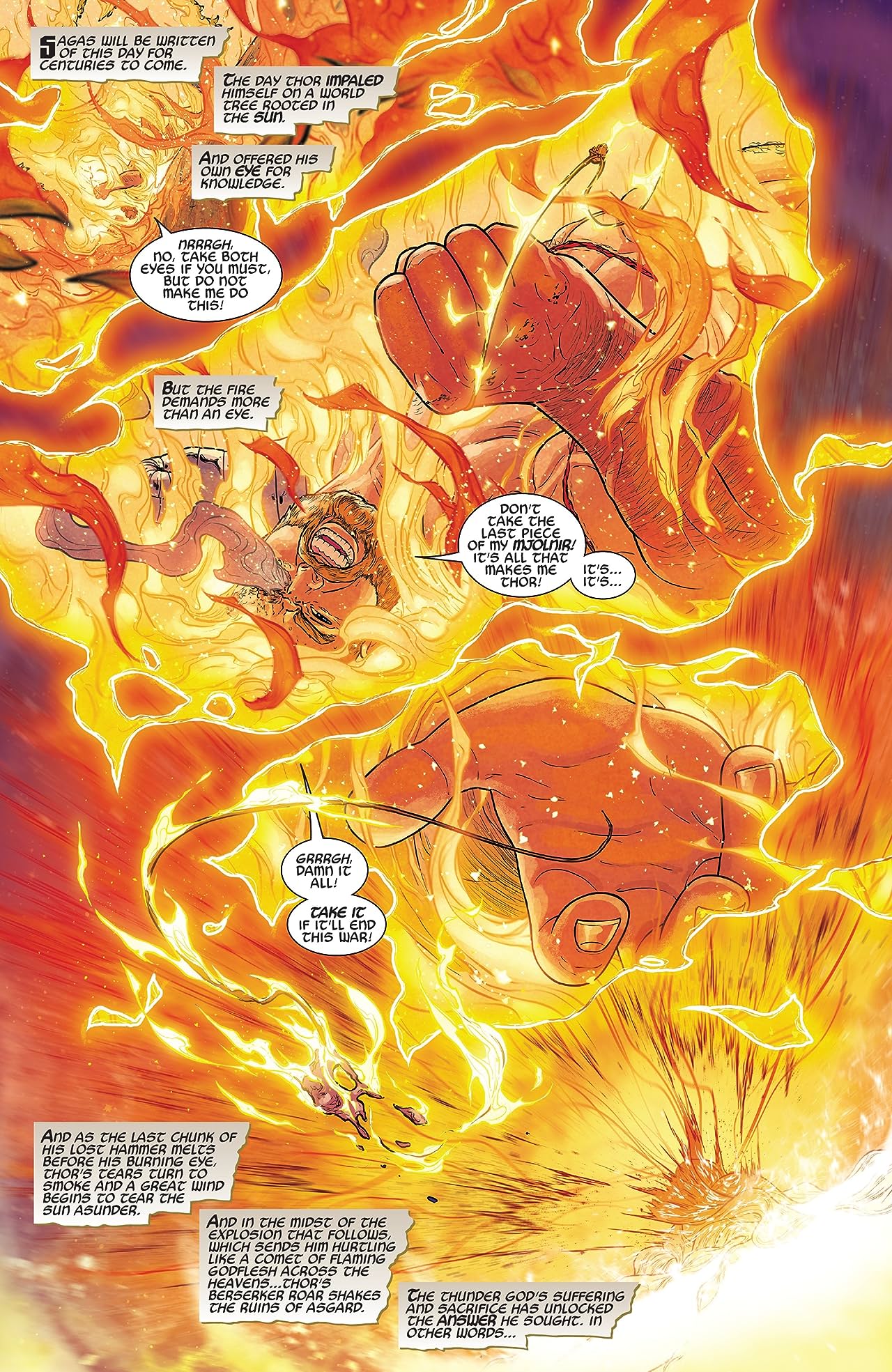 Malekith basically attacked at a time when Thor, Asgard, and the entire foundation of the 10 realms were vulnerable. Even before Thor became unworthy of his iconic hammer, the divine realms of the Marvel Universe faced some heavy upheavals. Asgard was no longer this beacon of power and order. Thor’s father, Odin, made more than a few ill-fated decisions and didn’t have Anthony Hopkins’ charm to get him through.

Over the course of War of the Realms, and its various tie-ins, one thing became clear. This war could not be won by simply reverting to the same tactics that had saved Asgard many times before. Thor, Odin, Freyja, and the Avengers who fought by their side had to be bolder. They also had to be willing to pay a price.

Historically, that’s something Thor has avoided. Sacrifice is something his father often preaches and warns about, but Thor often finds a better way, usually with the help of his fellow Avengers. That’s not the case, this time. Thor subjects himself to some heavy torment in “War of the Realms #6” to help win the day. The results of his actions are as satisfying as they are worthy. 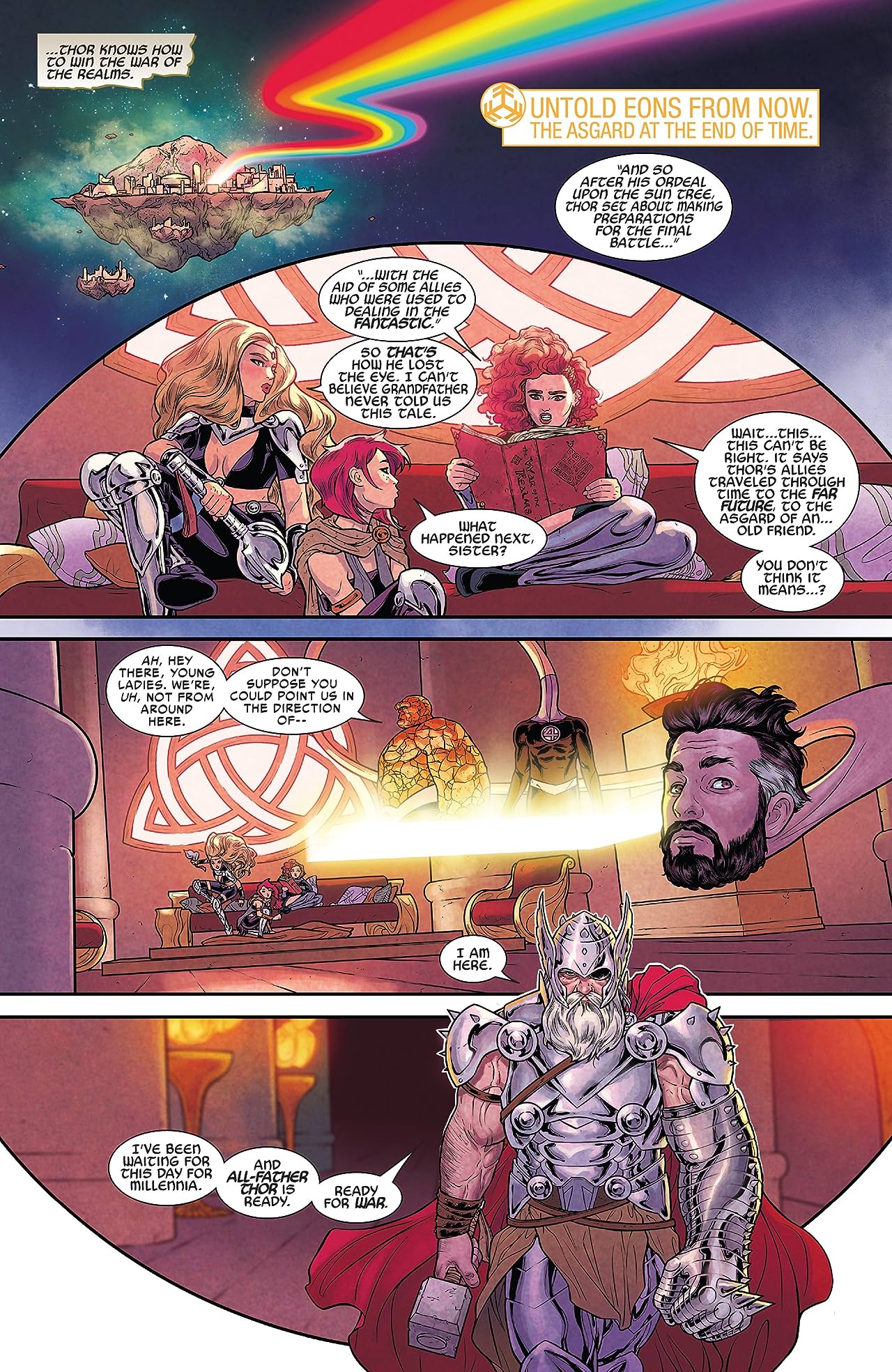 Writer Jason Aaron, who has been spearheading Thor’s story in the comics for years now, completes a lengthy chapter in the God of Thunder’s ever-evolving mythos. If becoming unworthy was Thor’s lowest point in this arc, then “War of the Realms #6” is a new high point.

Thor doesn’t just prove himself in the face of Malekith’s unending forces. He shows how much he’s grown in recent years and artist Russell Dauterman makes it a sight to behold. There’s redemption in some areas. There’s also vindication, which is something Thor has not had much of in recent years. By the end, even his father recognizes that.

Thor isn’t the only one who shines, either. War of the Realms has assembled a diverse and colorful mix of heroes with which to navigate this conflict. Wolverine, She-Hulk, Captain Marvel, Daredevil, Spider-Man, and the Punisher have all had great moments. Thor’s supporting cast, including Jane Foster and his parents, also play a major role in beating Malekith.

Even though War of the Realms is very much a Thor story, it feels like everyone involved had a chance to benefit from the struggle. Thor just happened to benefit the most. 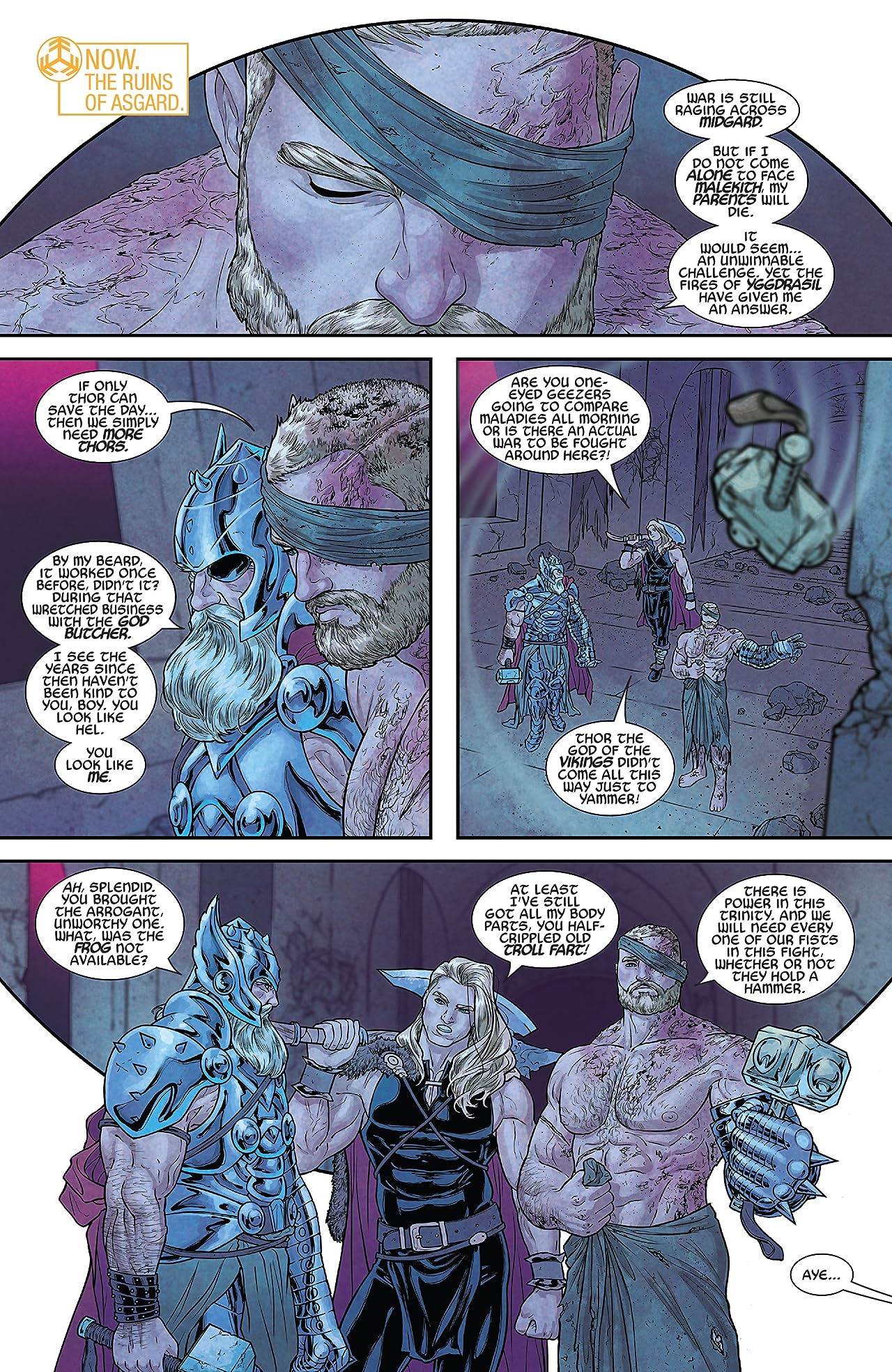 “War of the Realms #6” is one of those comics that feels like a turning point for a certain set of characters. In addition to being an action-heavy, super-powered conflict involving mortals, gods, and dark elves, it always felt personal to those involved.

For a crossover story, that’s a critical element. Whether it’s a comic book, a blockbuster movie, or the real world, a war with personal stakes is a war with greater meaning. Without those stakes, it’s just violence and bloodshed. In comics, meaningless action is fun, but meaningful conflict is what brings out the best in these characters.