How Technology Will Change Professional Sports

In 2008, the International Association of Athletics Federations issued a momentous ruling. From that day forward, double-amputees who used specialized blade prostheses were not permitted in Olympic competition. However, it wasn’t because that double-amputees were at an inherent disadvantage. It was because these high-tech prostheses made runners too fast.

Think about that for a moment. When someone loses their legs, it’s devastating. Their lives will never be the same. Never mind hindering their ability to participate in Olympic-level events. They will be forever handicapped, unable to conduct themselves in an able-bodied society. For most of human history, this was a sad reality.

Suddenly, advances in technology have flipped the script. Existing research on these blade prostheses shows that those using them expend significantly less energy to sustain their top running speed compared to their able-bodied counterparts. Now, a double-amputee actually has an advantage in a race, especially one that relies on stamina.

The implications go beyond helping double amputees live normal lives. This marks a critical turning point for technology and sports, alike. For once, able-bodied athletes are at a disadvantage and that gap is only going to get wider. I’ll go so far as to say that in the next few decades, professional sports will undergo enormous change due to technology.

That’s not an overly bold prediction. Technology and medicine have been enhancing sports for decades. I’m not just talking about the use of performance enhancing drugs, either. There are certain medical procedures, such as Tommy John Surgery, that can give professional athletes a competitive advantage. They’re so common these days that neither athletes nor fans think much of it.

On top of that, advances in medicine have made injuries that once ended careers into extended injuries. Just a few decades ago, an NFL player who tore their ACL was likely finished. Today, such an injury still means an extended stay on the injured list, but players can come back from it. Some even manage to have MVP caliber seasons.

In the future, more advanced treatments involving stem cells or lab-grown body parts will further improve injury treatment. Given the billions in profits generated by professional sports and the massive incentives to keep star athletes healthy, there’s are plenty of reasons to push this technology forward. Before long, star quarterbacks in the NFL playing into their 40s might not be so extraordinary. 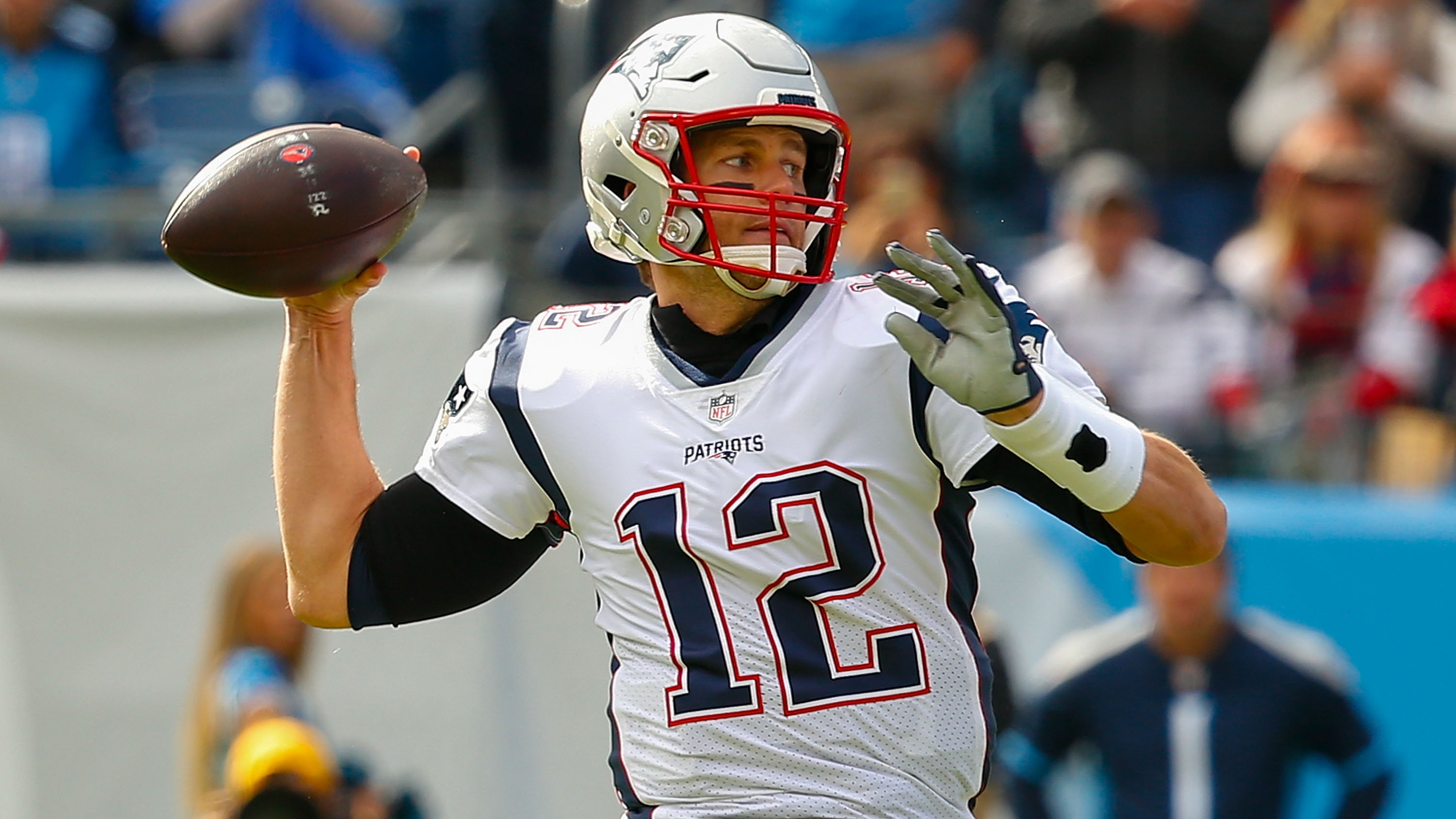 However, recovering from injuries is only a small part of a much larger upheaval that’s set to occur in the world of sports. The entire concept of competition may need revising as technology reaches a point where maintaining parity is almost impossible. Unlike performance enhancing drugs, it won’t be possible to test for them or remove them.

Today, it’s easy to appreciate how gifted the best athletes in the world are. It takes a lot of hard work, dedication, and effort to achieve the mental and physical prowess that allows these individuals to be at the top of their game. To build muscle, you need to spend hours in the gym. To master a skill, you need to spend years practicing and honing your mechanics.

All that work and training, however, has the same goal. The intent is to strain the body to make it stronger and wire the mind to make it more capable. At a fundamental level, it’s just restructuring the body and brain with a mix of brute force and mental effort. Modern medicine and technology can help supplement those efforts, but only to a point.

That point, however, keeps changing and will continue to change. Think back to emerging technology like Neuralink’s brain implants. Instead of spending years learning the mental aspect of a sport, why not just use an implant that mirrors the neural patterns of athletes like Tom Brady or LeBron James? They’ve already done the work. In theory, all you have to do is mimic their neural connections.

That technology is a long way off, but accelerated learning is already an emerging field in the military. It’s only a matter of time before some enterprising sports league attempts to use it. A technology that may be closer and more controversial is biohacking. I’ve mentioned it before, but it has the potential to complicate any competition.

We already know how to use genetic engineering to build bigger muscles without steroids. That same technology could be refined to impart other advantageous traits like better reaction time, quicker reflexes, and enhanced bone strength. Unlike other drugs, it wouldn’t require athletes to take pills. These skills would be written right into their genetics, which means it won’t show up on a typical drug test. 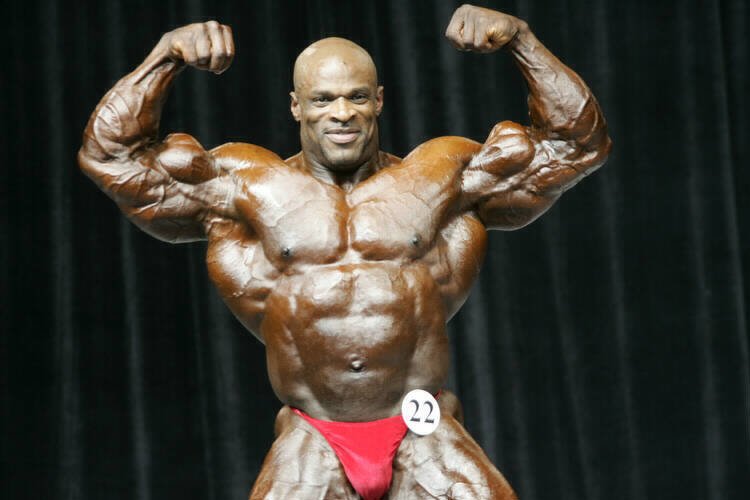 Push this technology even further and the world of professional sports gains even more complications. As time goes on, the forces of medicine, biotechnology, nanotechnology, and machine/human interface will steadily converge. We’ll get to a point where enhancing the human body is akin to upgrading our computers.

Instead of regular natural cells, we’ll rely on entirely synthetic cells that are programmable and capable of achieving more than even the best athletes of today.

Instead of intense mental training, we’ll be able to link our brains to computers to effectively learn the skills we need, whether it involves throwing a baseball or weaving baskets.

Instead of waiting for damaged body parts to heal, we’ll just swap them out for newer, better models that are much more efficient and capable.

Under such conditions, the current system for professional sports just couldn’t work. If every new quarterback could just copy the skills and experience from Tom Brady’s brain, then what’s the point of competing in the first place? If every NBA team has as much talent as the 2018 Golden State Warriors, then how does competition even work at that level?

The questions get even more profound when applied to Olympic competition. If we get to a point where double amputees run faster and those with robotic arms throw harder, then that changes the entire approach. Sure, some may still prefer seeing non-enhanced humans compete, but their feats won’t be as spectacular.

Instead, imagine events where javelin throwers can use robotic arms or swimmers could use bionic lungs. The feats they’ll achieve won’t just be better, in terms of stats. They’ll be a far greater spectacle. Given the declining ratings of the Olympics in recent years, I suspect future events will need those spectacles to maintain interest.

Personally, I would definitely watch the Olympics if it had athletes that utilized cybernetic enhancements, be they artificial limbs or brain implants. It would require a mix of both athletic training and applied science to achieve championship status. It won’t be the same as simply winning the race through sheer grit, but it will still be an achievement worthy of a metal.

What is the future of professional sports?

What is the future of professional athletes?

How will people compete in a world where the human body can be enhanced, programmed, and modified at will?

These are questions that none of the major sports leagues have to answer immediately, but they will start to become more relevant in the coming years. The fact that some of the prosthesis we give double-amputees are better than regular human legs is the first tangible step towards a very different future for professional sports.