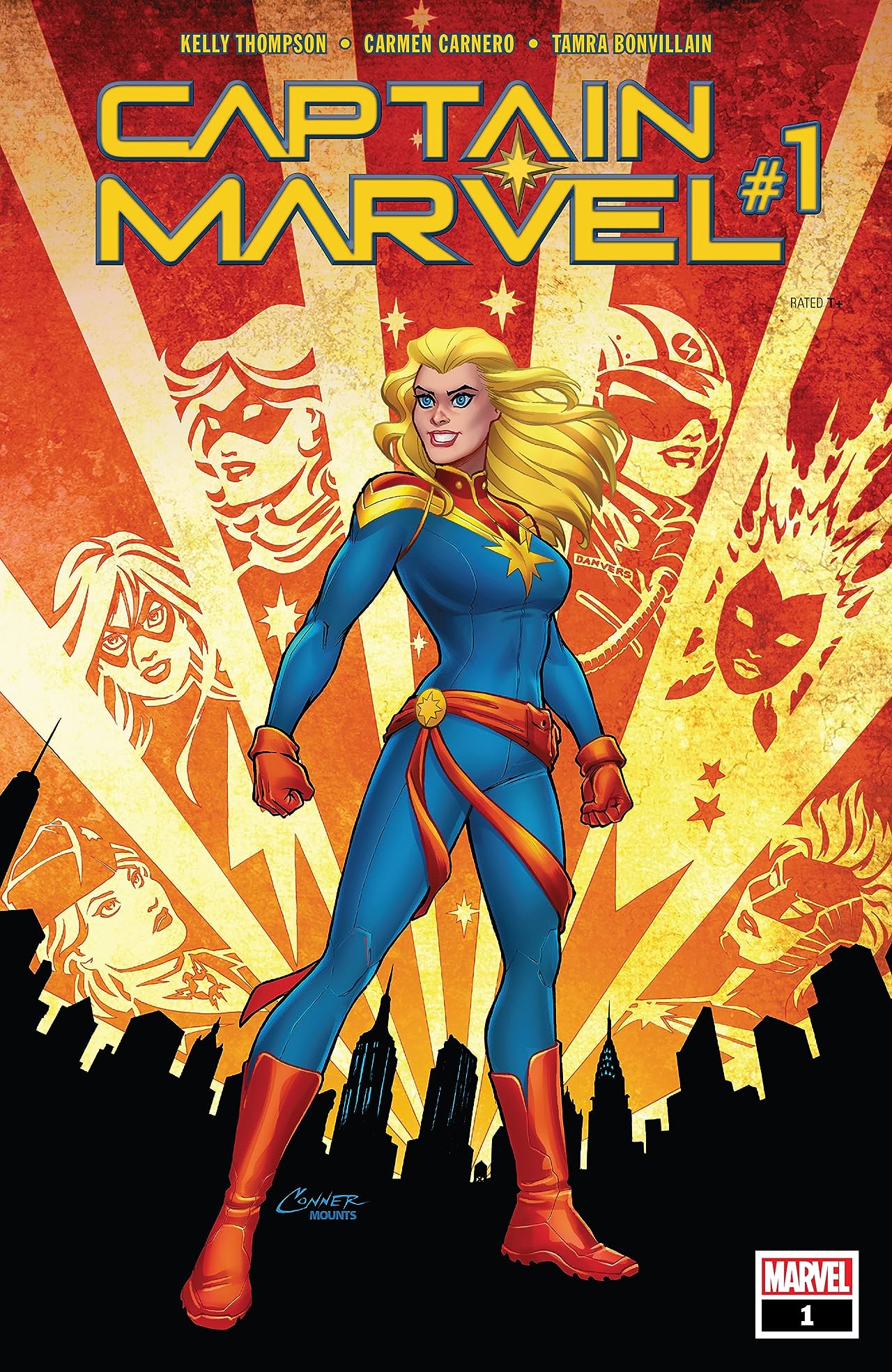 It’s Wednesday and if you’re a lifelong comic book fan like me, you know that’s the most magical day of the week. Screw sleeping in on Saturday or going out to party on Fridays. Wednesday is new comic day, that magical day when a fresh batch of comics enter the world and make it more awesome. In celebration of this day, I offer my pick of a single comic that I feel makes new comic day that much more awesome.

This week was easier than most. If you were up late watching the College Football Championship Game, you saw the latest trailer for the upcoming “Captain Marvel” movie. This year is already shaping up to be an awesome year for Captain Marvel, Carol Danvers, Brie Larson, and everyone affiliated with this marvelous character. Writer, Kelly Thompson, helps do her part with “Captain Marvel #1.” 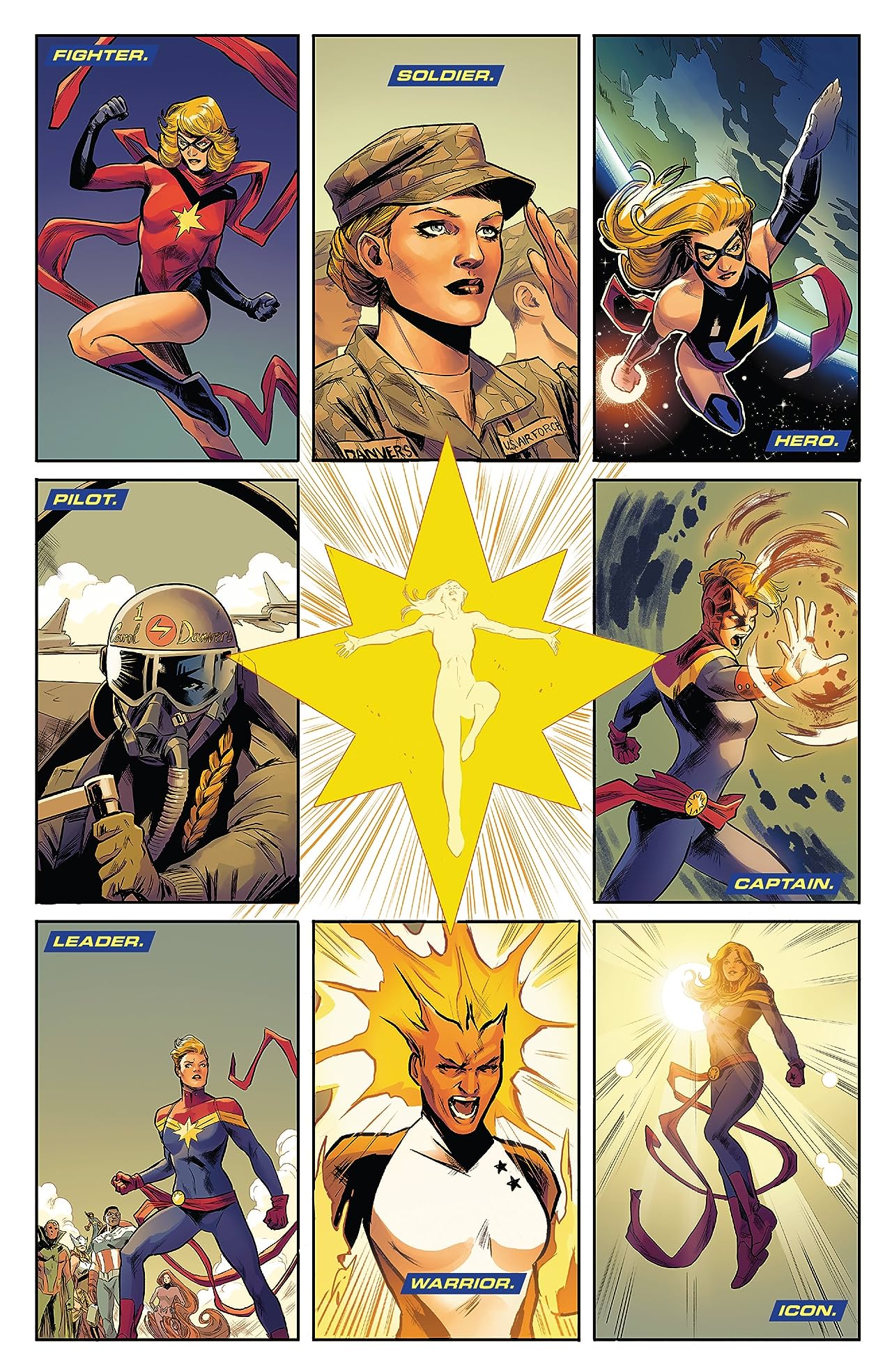 Even if you’ve never read a Captain Marvel comic and only know the bare minimum about Carol Danvers, this comic is for you. It’s the latest relaunch of the series and after recent upheavals in her life, the timing is perfect. I know a lot of comic fans whine about the number of relaunches that occur these days, but sometimes it’s appropriate when a character undergoes a major transition.

The Carol Danvers in “Captain Marvel #1” is more grounded and self-aware than the Carol Danvers of recent years. She’s focusing less on high-flying space battles and more on events unfolding on Earth. Since Earth also has the occasional Kraken attack in Lower Manhattan, it’s not like she’s short on things to punch. 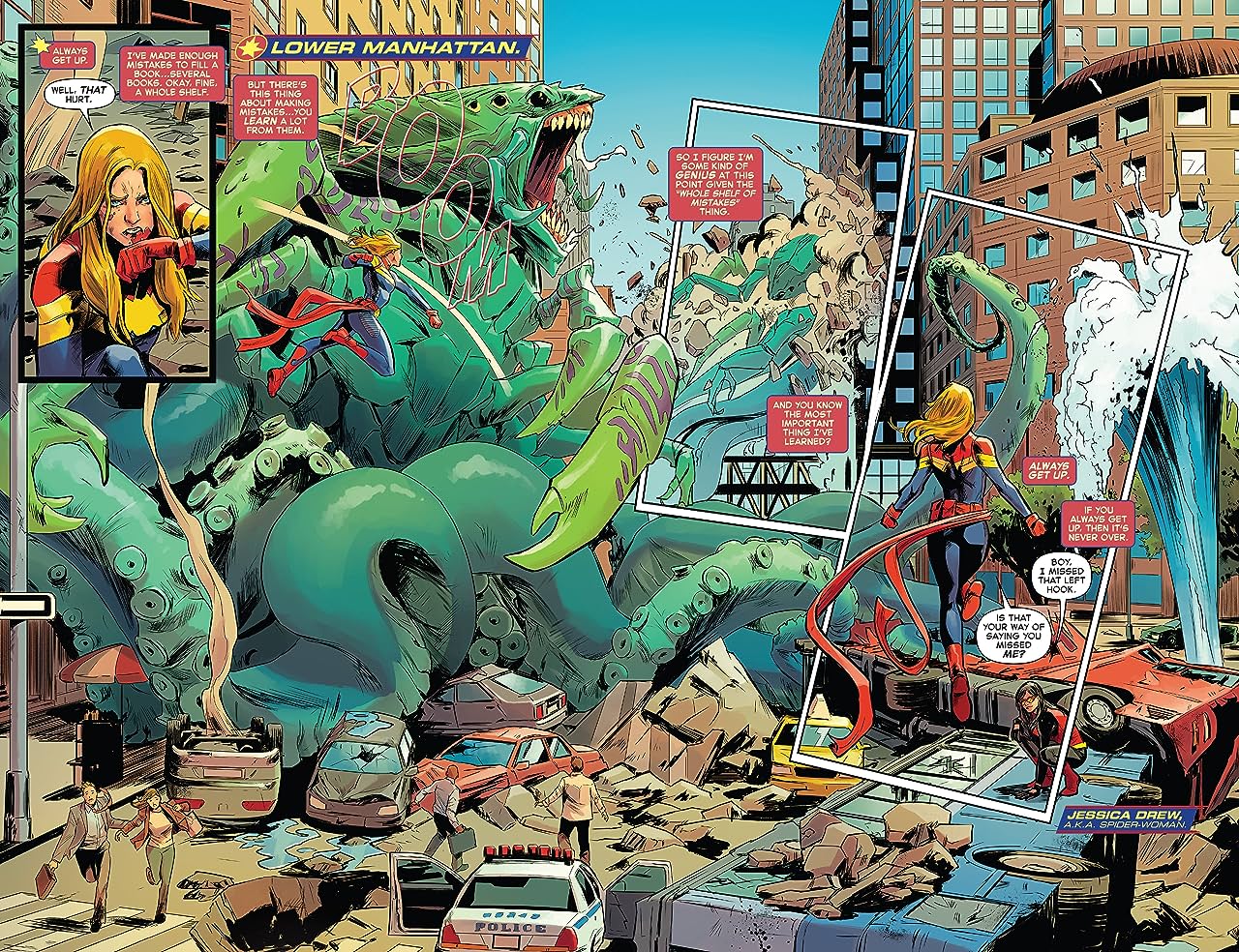 Beyond just punching monsters, this comic establishes that Carol Danvers isn’t just a hero, an icon, and the star of an upcoming movie that seeks to challenge “Wonder Woman.” She’s an actual person who has thoughts, feelings, insecurities, and even pet peeves. Granted, most of those peeves center around how annoying Tony Stark can be, but that just helps show how human she is, at heart.

Only a small chunk of this comic is spent with her fighting monsters or saving the day. A lot more of it shows Carol rebuilding and reconnecting with the people in her life that matter. That includes her best friend, Jessica “Spider-Woman” Drew, and her frequent love interest, James “War Machine” Rhodes.

It makes for plenty of small, meaningful moments that bring out Carol’s humanity. It helps make the larger, more action-packed moments that much more enjoyable. There is a larger conflict unfolding. There are new threats emerging for Carol that have little to do with space aliens, superhero civil wars, or pre-ordering tickets to her movie. 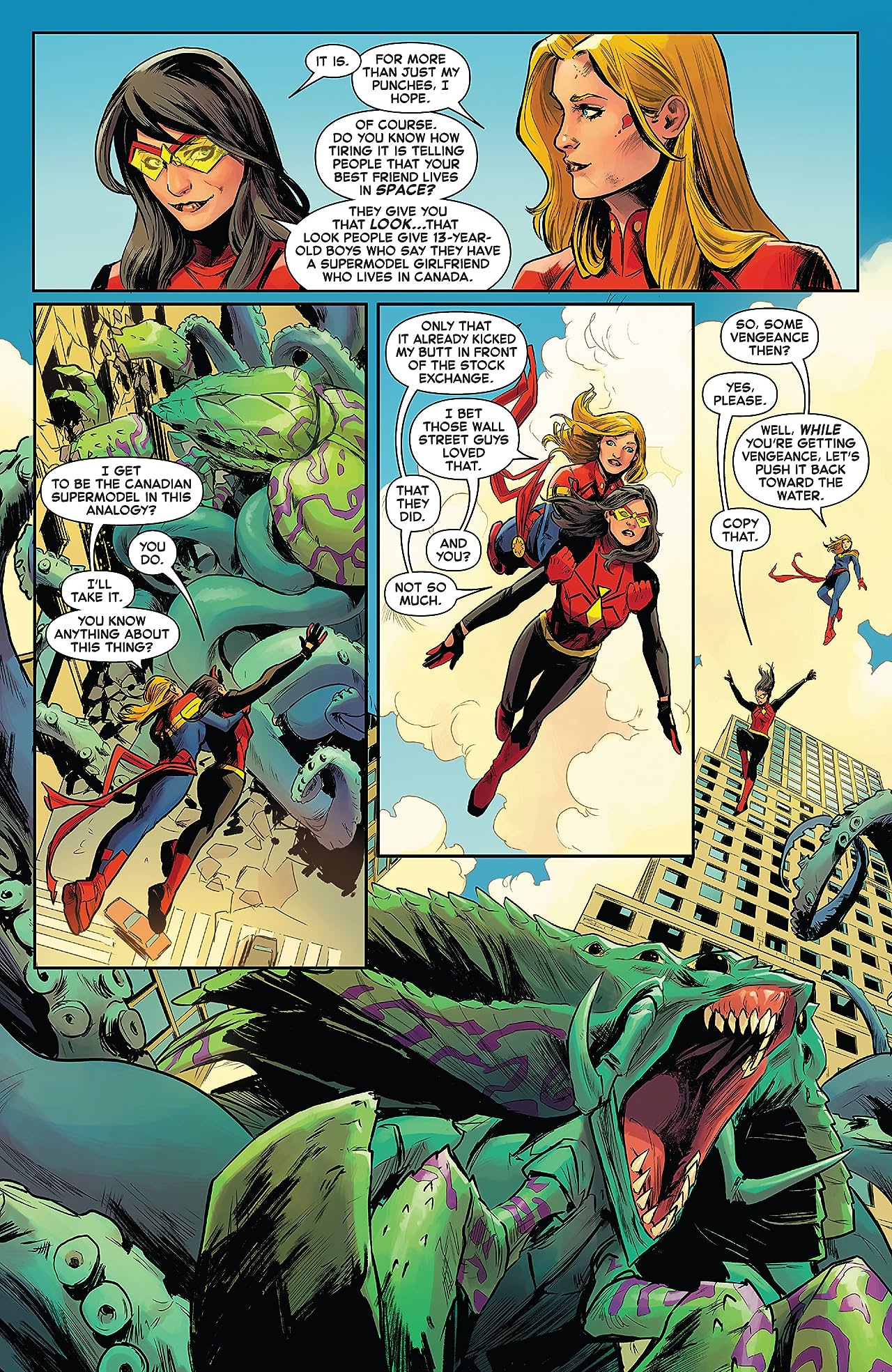 The nature of those threats aren’t resolved in a few punches. In fact, it sets the stage for a larger story that’ll require Carol to raise the bar for heroes, as only she can. It shows Carol Danvers at her best in addition to showing her at her most human. It’s a perfect balance for a Captain Marvel comic.

It really is a great time to be a Captain Marvel fan. Even if you’re not, “Captain Marvel #1” makes a strong case on why she deserves to be in the upper ranks of Marvel’s greatest heroes. That makes my quick pick this week easier than usual. If you buy only one comic this week, make it “Captain Marvel #1.”

If nothing else, it’ll help tide fans over until the debut of her movie on March 8, 2019.