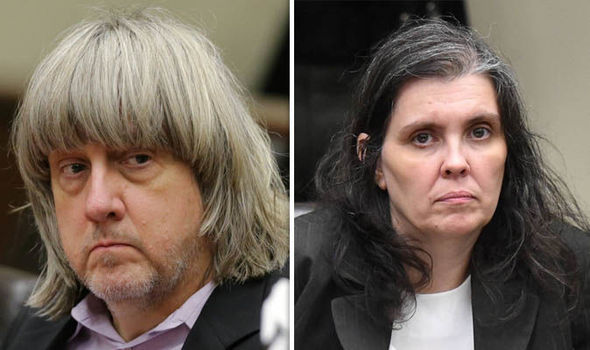 Every now and then, there’s a news story that comes along that’s so disturbing, so horrific, and so utterly offensive to every level of decency that it makes me question the faith I have in humanity. I know I’ve said before that I genuine believe that people are naturally good, at heart. I’ve even shared stories about how I came to believe this. However, there are times when that believe is tested.

Last week, I got an unexpected test in the form of one of the most disturbing news stories I’ve heard that didn’t involve a mass shooting. At least with mass shootings, it presents the opportunity for good people to show their strength in the face of those who are truly deranged. In this case, there were many of those opportunities to say the least.

While the story is still unfolding with each passing day, it has already made national headlines. It involves the now-infamous Turpin family and the unspeakable horrors they inflicted upon their own children. To those of you who haven’t heard this story, consider yourselves lucky. This is one of those stories that tests both your stomach and your soul.

The details are disturbing to recount. They involve abusive parents, abused kids, gross neglect, intentional malnourishment, and all the disturbing forces in between that drive such deviant behavior. The full story is still unfolding, but accord to a report from ABC News, these are the current facts:

An investigation is underway in California after 13 siblings – ages 2 to 29 – were allegedly held captive in a home, some “shackled to their beds with chains and padlocks,” the Riverside County Sheriff’s Department said in a news release.

The investigation began early-Sunday morning when a 17-year-old girl apparently escaped from the home and called 911, saying her 12 brothers and sisters were still being held captive there, the sheriff’s office said.

Responding officers said the teen “appeared to be only 10 years old and slightly emaciated.”

Inside the home, several children were “shackled to their beds with chains and padlocks in dark and foul-smelling surroundings,” the sheriff’s office said. “The victims appeared to be malnourished and very dirty.”

I’m not going to lie. I felt sick to my stomach reading this story. The idea that anyone, let alone parents, would do these sorts of things to children is pretty disturbing. While there are all sorts of crazy theories circulating about the psychology behind such sadistic behavior, the full truth will probably never be known. Besides, the damage has been done. These children will probably carry some deep scars for the rest of their lives.

News stories like these often remind us that as amazing a species we are, there are still parts of it that are undeniably devious. While I prefer to emphasize the good in people, as well as the progress we’ve made, it’s neither logical nor just to ignore the bad. Parents torturing, neglecting, and abusing their children is objectively bad by any sane measure.

As awful as it is, however, it’s still important to balance out the terrible with the hopeful. In most great atrocities, there are often glimmers of hope. That may seem impossible for a story like this, but it is there if you look. The horrors of the holocaust were undeniable, but even that darkest of periods can reveal moments of true heroism and inspiration.

Even with that in mind, how could anyone find such moments in a story like this? Something this atrocious makes that difficult. However, the moments are there. Even if the worst of this story has yet to come out, there are some powerful lessons to be learned. Here are just a few. 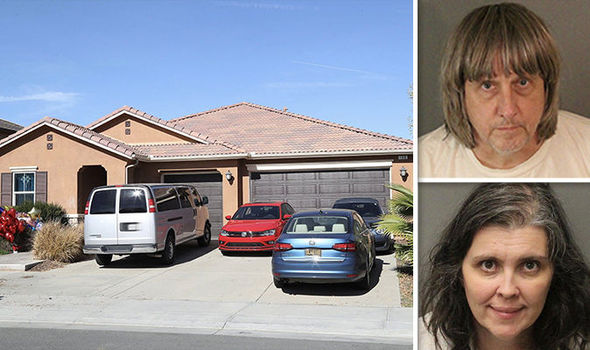 There was once a time when it was much easier to hide from the authorities and public scrutiny. A truly sadistic person could take their victims out into the vast wilderness, away from prying eyes, and commit their atrocities without much risk of getting caught. For most of human history, that was the norm and not the exception.

It’s different today. Thanks to modern infrastructure, the media, and mass communication, it’s much harder to hide these sorts of atrocities from the public. That’s especially true in a modern, industrialized country where we have internet, emergency services, and a semi-functional justice system.

If the Turpin family had lived in a less developed country, chances are their crimes would’ve gone unpunished. Even if one of their children had escaped, they probably wouldn’t have been able to get proper help or convince the authorities to aid them. In some parts of the world, those authorities don’t even exist.

Say what you will about the state of the industrialized world. It certainly has its flaws. However, when it comes to committing atrocities on children, those crimes are hard to hide and are rightly condemned. That counts as both progress and justice.

Bright Spot #2: All That Abuse Did NOT Prevent The Children From Escaping

Even though the Turpin family couldn’t hide their atrocities forever, they still managed to hide them for much longer than most people will ever be comfortable admitting. One of the ways they hid it was to condition and control their children to an extent not seen outside of a North Korean prison camp.

Stories of the sheer breadth of the neglect these children suffered are still coming in, but one thing is clear. The parents of these children worked tirelessly to control every aspect of their lives. They were sheltered, starved, restrained, and completely cut off from the outside world. By all accounts, there was no outside world, except the world their parents wanted them to see.

Despite all this, though, one of these kids still found the strength and the will to escape. The only reason these crimes were even exposed was because the 17-year-old daughter climbed out a window and managed to call 911. The fact that this girl, despite all the abuse and deprivation, still found the will to escape says a lot about her and the human desire for freedom.

As repressive as these parents were, it still wasn’t enough. They still sought to escape. The strength of the girl who managed to escape cannot be overstated and it highlights, what I believe, is the biggest takeaway from this otherwise horrific story.

No matter how disturbing this story gets or what kind of horrific details emerge in the coming weeks, there’s one important lesson we should all take from such a disturbing crime. No matter how much a person is abused or how much someone tries to control them, it’s extremely difficult to completely break them.

These children, including the girl who escaped, were conditioned from birth to live under their parents’ authority. They grew up literally not knowing any other way to live. As far as they knew, the idea of not being controlled by their parents was an alien concept. In terms of controlling and/or breaking someone’s will to resist, the parents had every circumstance working in their favor.

Despite all that, they still failed. They still could not completely control their children because they still tried to escape. It only took one of them to succeed to make the point. No matter how strict the control or hard the abuse, they can’t subvert the natural desire to be free. If nothing else about this terrible story inspires you, let that be it.

I don’t wish to dwell too much on this story, if only because much of it is still playing out. While we shouldn’t discount the horrors involved, there are some small bits of hope that we can glean from such a story. It may not completely overshadow the breadth of the atrocities, but it should remind us that as flawed as the human race may be, we will fight such atrocities when we confront them.