On Fascism (And Why It Fails)

Brace yourself and temper your outrage because I’m about to talk about fascism. No, I’m not talking about the kind of fascism that teenagers whine about whenever they have a strict teacher in high school. I’m not even talking about the kind of fascism that that certain people attribute to college professors, LGBT rights, Hollywood, the NRA, the Catholic Church, and Negan from “The Walking Dead.”

Today, I’m going to talk about actual, real-world fascism and how it functions. I’m also going to talk about why it tends to fail in the long run and why it’s become such an empty term. Now, I know that means putting a big target on my ass and daring the more vocal parts of the internet to take a shot. I like think my ass is harder and more durable than most so I’m prepared to take that chance.

I know people like to throw the word fascism around like middle fingers in mid-day traffic, but it does have a definition. That definition has been twisted and amended many times over the past half-century, so much so that the word evokes so many different connotations.

For the sake of this post, I’ll be using the definition from Merriam-Webster’s dictionary. It offers a fairly concise assessment of what it entails.

A political philosophy, movement, or regime (such as that of the Fascisti) that exalts nation and often race above the individual and that stands for a centralized autocratic government headed by a dictatorial leader, severe economic and social regimentation, and forcible suppression of opposition.

Under this definition, America and most developed countries are not fascist. No matter what some kale-eating hippie or Jerry Falwell wannabe theocrat may claim, the systems and laws in place are antithetical to fascism.

Western countries have codified laws and traditions that value individual rights, protect minorities, and restrain central government power. Now, that’s not to say it’s perfect in practice. There are plenty of examples, historical and contemporary, that of inequality and oppression by the government. 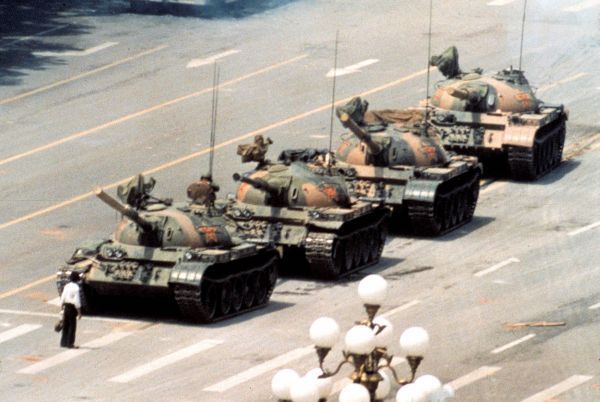 However, those examples are more a product of misguided groups of people and inherent systemic corruption. To call an entire system fascist because of those instances would be like calling an entire swimming pool dirty because a few people spit in it. With fascism, the entire pool is spit so there’s no need for cherry picking.

Thanks to the cruel mistress that is history, we have a few well-known examples of true fascism that even vegan hippies can agree on. By most objective measures, Fascist Italy and Nazi Germany are the alpha and omega of all things fascist. If fascism were music, these two would be Elvis and the Beatles.

These governments were repressive, authoritarian, corrupt, and powerful. They could do whatever it wanted to its citizens and act however it wanted on a national stage, not giving a damn about public support of any kind. There was no hesitation to lie, cheat, and mislead the people. In these governments, people are either pawns or cogs in a machine. The very notion of freedom might as well be as fanciful as a unicorn fart.

There’s no question that these fascist governments did a lot of damage and caused a lot of suffering. There’s also no question that their actions scared and traumatized an entire world. They revealed to a modern world that wars between despots and industrial powers was truly horrific. Most human beings tend to avoid such horrors. A massive world war was enough to make everyone hyper-vigilant of all things fascist.

It’s in this heightened mentality where I think it’s worth having some perspective about fascism. We hear pundits, politicians, and protesters throw that word around, as though it’s the rhetorical equivalent of an “avoid critical thinking” card. It’s an easy label to throw around, but it rarely sticks because actual fascism is actually pretty frail.

In a modern context, fascism is different from the kings and despots of the ancient world. In those times, corrupt and blood-thirsty kings could only get away with so much. A kingdom and a nation state, complete with modern infrastructure, are two very different things.

A king needs to only hold a kingdom together and fight off the occasional invader. A nation state has to deal with bureaucracy, social welfare, and legal issues. No matter how big a king’s castle is, there’s just no way to manage all that in a modern context. There needs to be some sort of system in place. 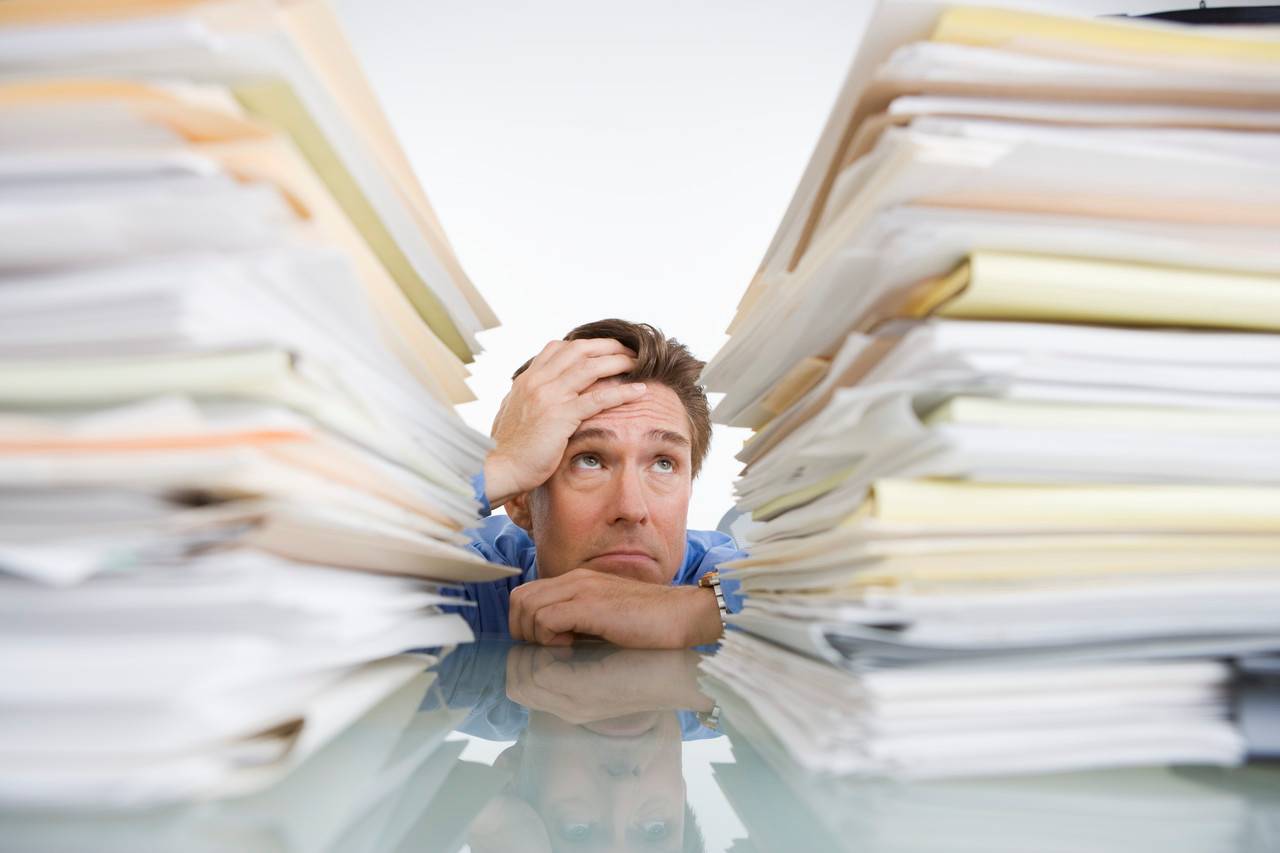 A fascist government tries to centralize that system and organize it in a simple, stable way that definitively benefits certain persons or groups. Nazis sought to benefit a favored race. Italian Fascist sought to benefit a favored class. The argument could be made that Stalinist Russia and the current regime in North Korea are fascist in nature. I would tend to agree with those claims.

The goal is almost always the same. A fascist government directly and overtly attempts to control and centralize power for a select group of elites. It’s for this very reason that fascism tends to fail in the long run or never succeed in the first place.

Now, don’t go cheering and waving American flags just yet. That’s not to say that fascism inevitably falls under the glowing light of freedom, democracy, and bald eagles. That’s a romantic idea that makes for great war movies and comic book characters. It’s not necessarily reflective of real-world machinations.

The short answer is we can’t. The long answer is that such centralization and power requires a lot of bullying, corruption, subversion, and back-stabbing. That’s why you have Nazi Storm Troopers and Stalinist purges. It isn’t just because powerful people get a thrill out of ordering rampant death. They need to scare, bully, and intimidate everybody into going along with their agenda and being completely loyal.

That’s a huge problem though because, as I’ve pointed out before, it’s impossible to know how truthful someone is. You can never know who is truly loyal and who is plotting against you. That’s why men like Joseph Stalin were obscenely paranoid, which guaranteed that allies and enemies alike would die by his hand. Without those allies, any system is inherently weaker.

On top of that problem, there’s also the issue of the terrified masses who live under a fascist thumb. Say what you will about whiny protesters complaining about weed, but at least they’re willing to tell the government what they don’t want to hear. In a fascist system, the impoverished masses will likely keep their mouth shut.

That may help a paranoid fascist get through the day, but it limits their ability to make it through the year. That’s because in a complex world, having incomplete facts tends to be a huge detriment. If nobody is willing to tell a fascist ruler that their rusty old trucks with canons are no match for drone strikes, then that’s going to be a problem.

That’s why, contrary to what the History Channel and video games may claim, fascist regimes like Nazi Germany were never close to winning the war. Between major blunders and micromanaging, there was never a scenario that didn’t involve time travel or aliens that would’ve allowed them to win. That’s because a fascist regime can’t trust anyone, be it military generals or the public. At some point, the political ties break down and the system just can’t handle it. They can delay the collapse, but they usually can’t stop it. It’s remarkable that Nazi Germany lasted as long as it did, given all the assassination attempts.

It’s the dirty, but unavoidable secret of almost every fascist governments. They function only to live another day, rather than build a future. Some are better at it than others. Castro’s Cuba has managed to survive for over a half-century, albeit with significant support from other neighboring countries.

The same goes for North Korea. The only reason that country still exists is because China doesn’t want a failed state on its border. At this point, North Korea can only endure, but not build. As the old dynastic cycle in China often proved, a system concerned only with survival tends to collapse in the long run.

I say this not as a way to undermine the horrors that fascism has and could potentially unleash on this world. It is a real danger in a world that’s full of crazy dictators and obscene corruption. However, it’s a danger with an inherent weakness and an expiration date. It’s one instance where you can depend on caveman logic to win out in the end. 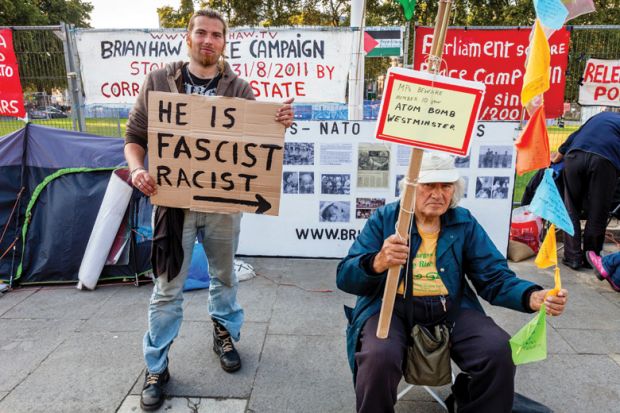 It may not inspire the kind of ravenous patriotism that Americans tend to enjoy. However, it does show that, despite protests the contrary, there’s a lot to appreciate about our current system. It’s not perfect, but it’s building towards a better, sexier future more so than any fascist government ever will.