What Will The Currency Of The Future Be?

Most people don’t think about what gives their money value. There’s just a general understanding that it’s vital for basic economic activity. Whether it involves simple bartering or complex cryptocurrencies, the assumptions are the same. Money is a measure of value and exchanging it is how we ascribe value to basic goods and services.

There are all sorts of economic and financial complexities that determine how money works. Rather than bemoan the issue, knowing I am not the least bit qualified to do so, I’d like to focus on the nature of money in the future. Having already given plenty of thought to advanced artificial intelligence, human enhancement, and intimacy, I think it makes sense to contemplate how it all affects our ideas about money.

By that, I’m not referring to current trends in digital currency and older trends within modern banking systems. I’m talking about what money will be in a future where people, resources, and our entire understanding of economics has rendered the existing system obsolete. If you don’t think that’ll ever happen, then I only request that you give some added scrutiny to the concept of money.

I often find myself scrutinizing it whenever I watch a bit too much sci-fi. Some of my favorite sci-fi movies and TV shows of all time don’t give much thought to money. In “Back To The Future II,” a world of flying cars and cheap fusion power still had money. Things were just exceedingly expensive due to inflation. A Pepsi cost around $50.

While inflation is a real force that was certainly present in the non-movie version 2015, it’s somewhat strange that it would get that excessive in a world where fusion power plants could fit into cars made in the mid-1980s. In the real world, advanced technology tends to counter inflation. Logistically, better technology means more efficiency. More efficiency means cheaper goods. Cheaper goods mean lower prices. We can certainly forgive movies like “Back To The Future II” for failing to understand the economics of money. In addition, the technology of that world wasn’t so advanced that it undercut the foundations of society. However, the money systems in galaxy-spanning space operas can’t make those excuses.

“Star Wars” still used some form of currency. It was necessary for Han Solo to pay his debts and for Luke to enlist his services to Alderaan. Other space-faring epics like “Mass Effect” and “Guardians of the Galaxy” have a form of currency that allows characters to be greedy and ruthless. Whether they’re called credits or units, the principles are the same.

There’s this vague concept of money. Everyone agrees that it has value, but there’s little information about why it has value. That’s not entirely flawed. It’s just no different than traditional fiat money, which nearly every modern society utilizes to some extent in the real world. The money isn’t backed by anything. People just collectively agree it’s worth what it says its worth. 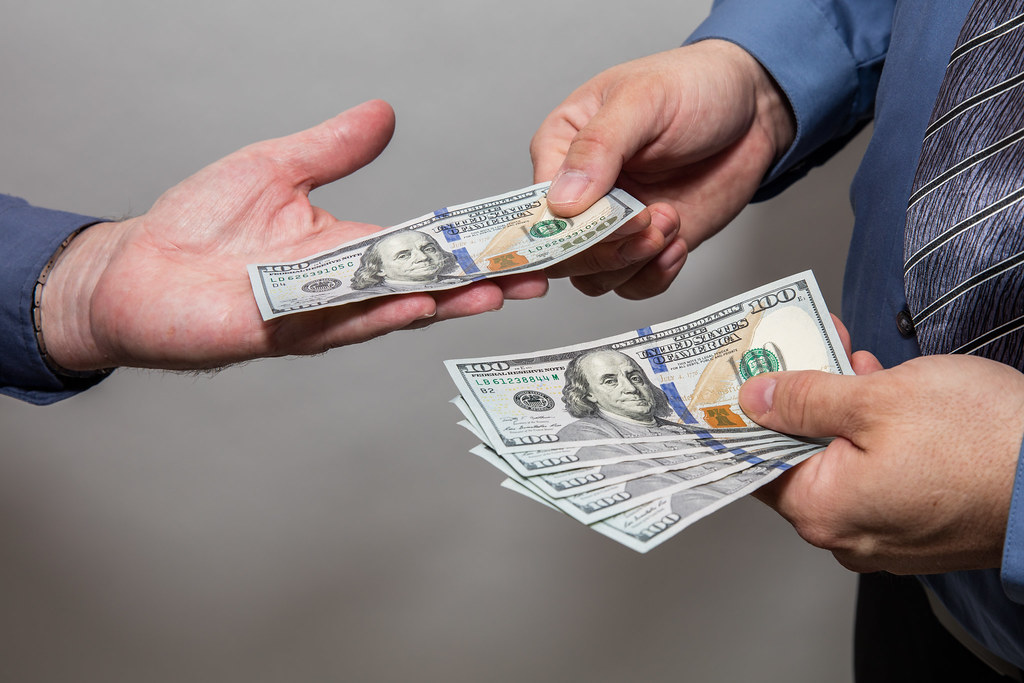 Now, I’m not one of those conspiracy theorists who claim this form of money is part of a global conspiracy theory run by lizard people who may or may not have murdered John F. Kennedy. I don’t know enough about economics or finance to make sense of our current monetary system. All I know is that we have a system of money that works within the constraints of our current society.

Whatever you think of that system, there’s still a larger question worth asking. What will money look like in the future when some of those constraints disappear? To some extent, our current system requires that people be frail, products be flawed, and resources be scarce. Through certain advances, some of which may occur in the next 50 years, those limits may disappear. What happens to money when we perfect advanced energy generation that makes electricity cheap, abundant, and clean?

What happens to money when people begin upgrading their bodies with advanced biotechnology and cybernetic implants?

What happens to money when nanotechnology advances to a point where the production and assembly of every conceivable good is dirt cheap?

What happens to money when our civilization gets to a point where we can just upload our minds into a perfect simulation where all our wants and needs are met on a whim? Regardless of whether you think we’re already in a simulation, the question surrounding money and what form it takes remains. While it’s impossible to predict the cumulative impact of technology, especially the kind that subverts modern economic forces, I believe there will be some sort of currency in the future. Even if we perfect nanotechnology, artificial intelligence, and teleportation, I think it’s reasonable to conclude that we’ll need some system for exchanging goods, services, and overall value.

I also don’t think it’s reasonable to assume that our current fiat money would work. Just putting images on paper and using it as a token may not be practical in a society of advanced AI and immortal humans. These days, most of our money exists only as code in a computer and not as piles of paper or gold. I think for any form of money to work in a society of such technology, it needs to be backed by something.

Some sci-fi stories explore that concept. The movie, “In Time,” wasn’t that good, but the idea was intriguing. In that world, everybody is immortal and never ages past 25, but the system is such that the currency is measured in time. In a sense, a dollar is backed by a year of life as a healthy 25-year-old. For most people, that has plenty of value.

The rest of the movie is awful and I don’t recommend it, but it presents a novel, albeit dystopian concept. For that economic system to work, there has to be some sort of tyrannical power structure that has the ability to snuff someone’s life out the second they can’t pay. Even corrupt insurance companies aren’t that bad.

Then, there’s the Netflix series, “Altered Carbon,” which I highly recommend. That world also has a problem with massive wealth disparity, but not in the sense that rich people horde money in giant vaults. In this world, technology has advanced to the point where people can transfer their consciousness to different bodies the same way most people transfer files between computers. 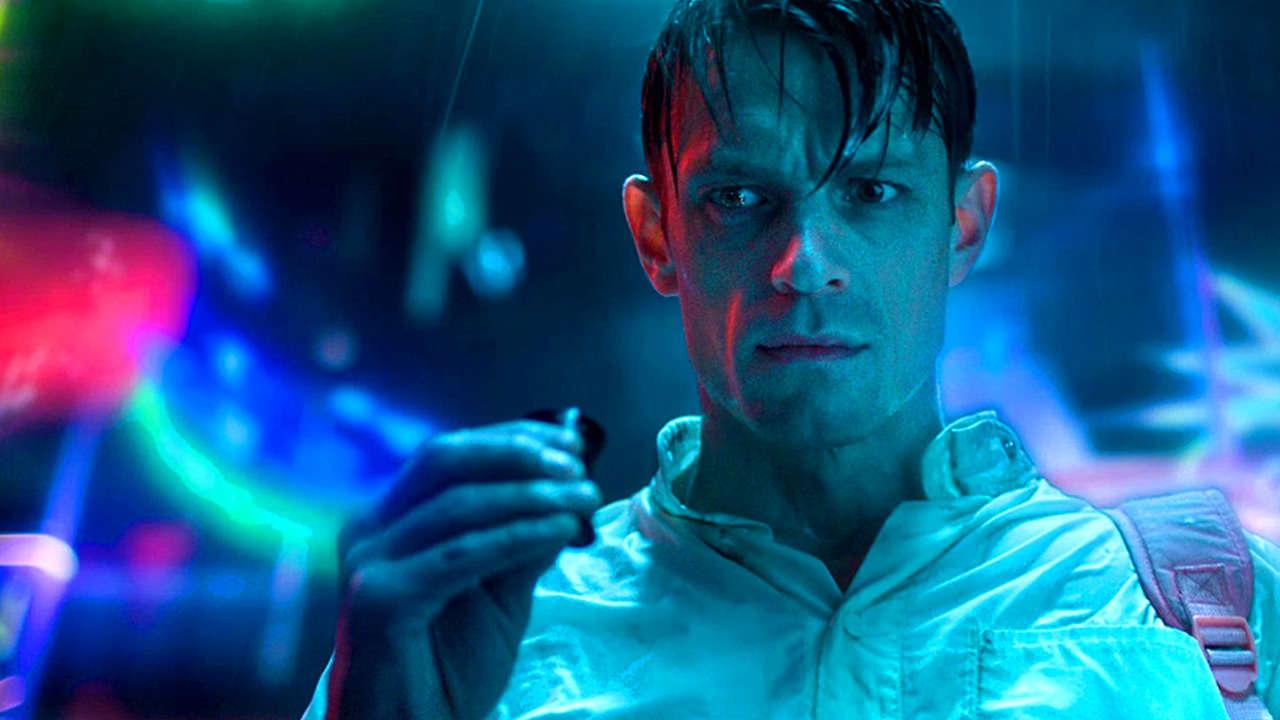 In that world, the most precious assets are the best bodies. Being able to live in the body of Brad Pitt is inherently more valuable than living in the body of Danny DeVito. Much of society, from prisoners to billionaires, is divided by who has access to those bodies. In the story, the super-rich Bancroft family have that access and that’s what makes them so rich.

That kind of wealth may not show up as numbers on a balance sheet, but the value is there. Being able to produce, inhabit, and live within strong, beautiful bodies provides a powerful basis for any currency. Talk to anyone who has dealt with the effects of aging, which is pretty much everyone over the age of 25. Most would gladly pay a premium to live in a stronger, fitter body.

While “Altered Carbon” doesn’t get into the specifics of that system, the principle holds true. In a future where people aren’t bound by the limitations of biology or the human body, the greatest asset they can possess is a medium with which to experience life. A better medium means better experiences. Some companies today are already seeking to provide those experiences. Technology will simply change the methods.

Whether we end up in a simulated utopia or not, the experiences a currency affords us is what will give it value. Even though worlds like that of “Star Trek” present a world where money doesn’t exist, there is still plenty of value ascribed to life experiences. You may not be able to print that on a piece of paper or send that in a wire transfer, but that is still recognized as valuable.

I could still be wrong. Remember, I’m not an expert in money, nor can I predict the trends that future advances in technology will incur. Whatever form it takes, though, I expect that the overall goal will still be the same. We use money to pursue better, more rewarding life experiences. However we go about pursuing is, and always has been to some extent, the only true universal currency.