The Moment I Knew Puberty Began For Me 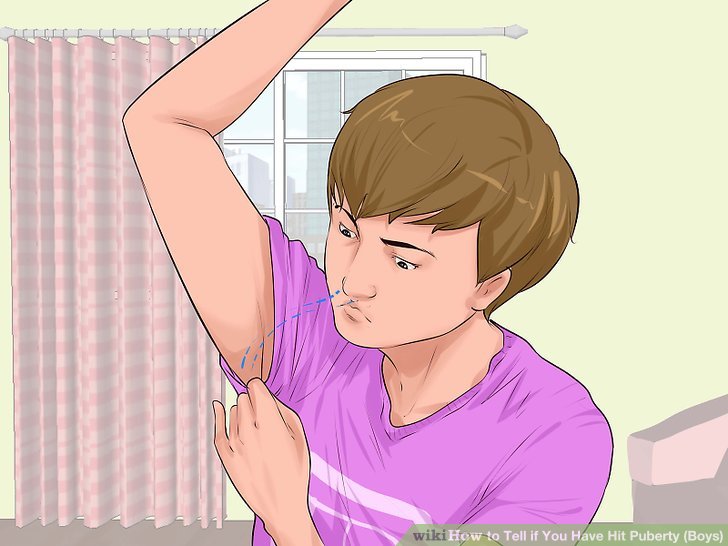 In life, there are certain moments when you know you’ve reached a certain milestone. Sometimes, it’s obvious. From the first time you drive a car to the first time you kiss someone who isn’t your mother, they stand out in your memory. It’s not always pleasant. Some moments are more awkward than others, but they mark a major change in your life.

Going through puberty is one of those things that generates more awkward moments than most. I challenge anyone to recount their transformation from kid to adult without at least one part being awkward. I’ve shared a few stories from my youth, some being a lot more awkward than others. I can laugh about them now, but they marked critical points in my life that have only become more relevant as I’ve gotten older.

For most of us, there’s no one single point when we know we’ve entered puberty. You don’t just wake up one day and know that you’re a teenager now. All those crazy mental and physical changes don’t happen all at once. If they did, few of us would survive the process with our sanity intact.

That said, there are some moments that, in hindsight, mark a particular point in your life when you realize that this transformation has become. You’ve crossed the point of no return. You’re becoming a teenager now. Eventually, you’ll become an adult. It can be daunting, but it’s a part of life.

In that spirit, I’d like to share a particular moment that still stands out to me after all these years. It’s a moment in which I realized that I wasn’t a kid anymore. Puberty has begun and there’s no going back. At that moment, it was just a strange realization that I discounted. However, over time, it became a turning point.

It happened while I was in the fifth grade. It was late spring. We had just come back from Spring Break. The weather had finally gotten nice enough to enjoy recess without heavy jackets. At the time, I didn’t think much of it. I was just glad I could stop dressing in layers.

On this particular day, though, it was very humid. Coming back from recess, everyone was a lot sweatier than usual. Being kids, we didn’t care. We were just glad to get outside and away from book reports. I don’t remember much else about what happened that day, but I can vividly recall what happened the moment we returned to class.

As soon as we sat down at our tests and my teacher got to the front of the room, she made an impromptu announcement that will forever echo in my memory.

I swear I’m not paraphrasing. That’s exactly what my teacher told us. She was an credibly blunt, straightforward woman. She didn’t mince words and this was one instance in which they couldn’t be sugarcoated.

She took a good five minutes of class time to give an impromptu lecture on how much we smell. She wasn’t polite about it. She just said in every possible way that we really smell and we need to start using deodorant. Past teachers have told us we smelled before, but never like this. It was the first time in which I became mindful of body odor.

I was really taken aback by this, as were plenty of classmates. Keep in mind, we’re all just 5th graders. We still see ourselves as kids and not teenagers. Some were more mature than others, but we were still kids at heart. I certainly felt that way. After this, however, that changed.

When I left class that day, it started to sink in. I was going through puberty. At that point, I knew what it was. I’d taken a health class. My parents also told me about it, too. I just didn’t think it would happen for another couple years. When I looked in the mirror, I still saw a kid. Now, I took note of some very real changes.

Body odor was just one. At the same time, I started noticing acne and body hair. It was very subtle. It didn’t happen all at once, but after that day, I became much more aware of it. By the time I got to middle school, I couldn’t deny it anymore. I was a teenager at that point. That fateful day in the 5th grade was just the first time I realized it.

I’ve come to appreciate that moment more and more over the years. I still had many difficulties, as most kids do when they become teenagers. Some were more manageable than others. I probably could’ve handled it better, in hindsight. However, it’s still remarkable to think that it all began with that one fateful day.

Do you have a day like that? Is there one particular moment in which you realized puberty had begun for you? If so, please share it in the comments.

4 responses to “The Moment I Knew Puberty Began For Me”