I’m a man of simple tastes. It really doesn’t take much to make me content. Give me a glass of whiskey, a box of donuts, and a fresh batch of comics and I’m as happy as a clam on ecstasy. I try to find joy in the little things. I believe that if you need to jump through elaborate hoops to be happy, then you’re missing the point.

On Wednesdays, it’s even easier. As soon as I wake up, there’s a fresh crop of comics waiting for me, thanks to Comixology. As long as my iPad is charged and my whiskey bottles aren’t empty, I know I’m going to have a great day. It doesn’t matter if the weather sucks or another troll army has taken over social media again. I’ve got everything I need to be happy.

That’s not to say new comics and whiskey are a perfect cure, but for a guy like me, it’s close enough. Some weeks are more eventful than others. Many weeks leave me wanting more. Overall, it all balances out. When new comic day arises, the odds are on my side and I’m happy to roll the dice. 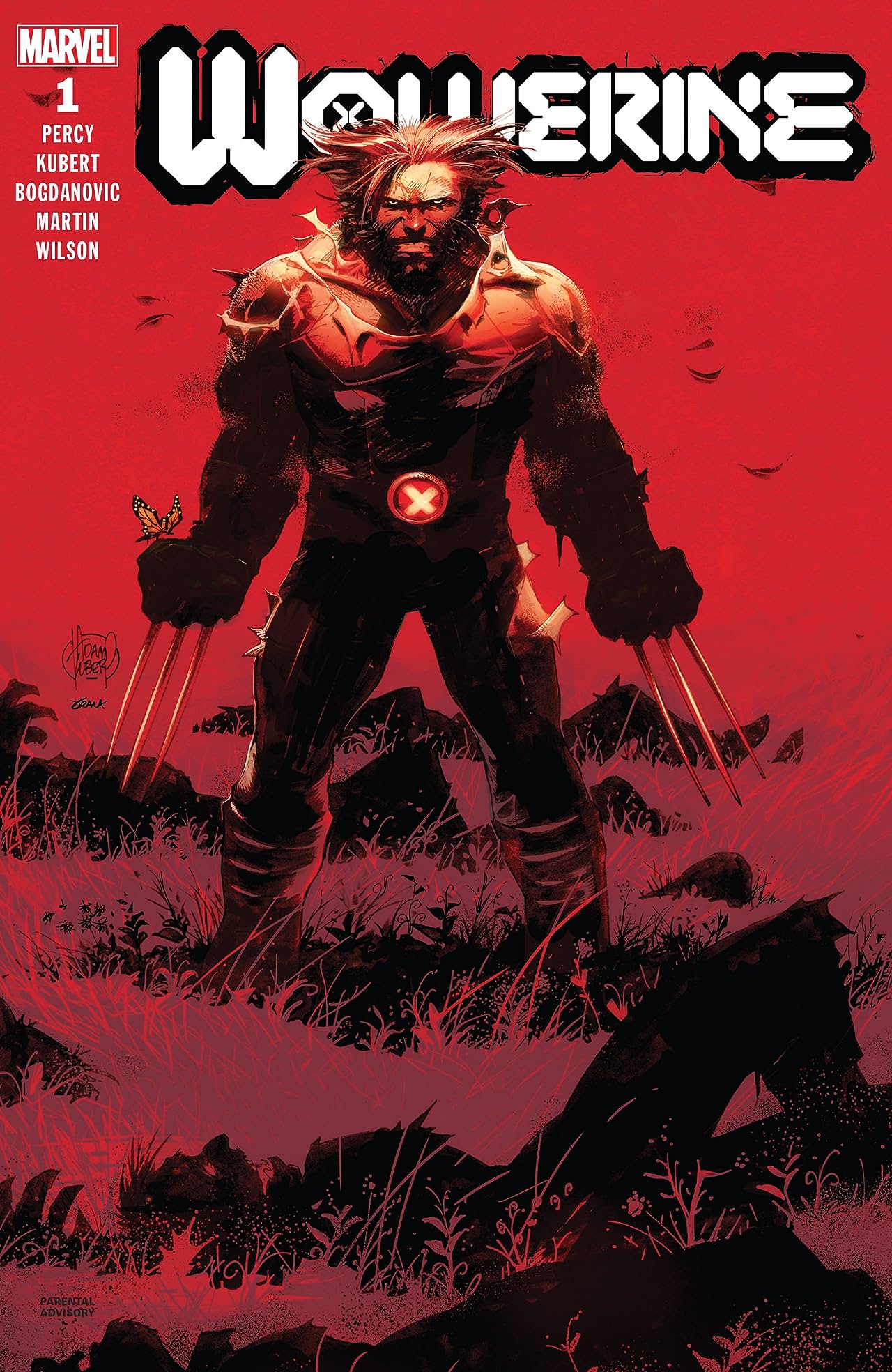 What makes a good Wolverine comic?

For longtime X-Men fans, that’s like asking what makes a cake more delicious. There are so many things that make a Wolverine comic appealing. It’s not just about gratuitous violence or having a spitting, swearing, womanizing, hard-drinking Canadian. There many little details that set Wolverine apart from every other stab-happy, violence-prone badass in the world of comics. “Wolverine #1” just happens to capture most of them.

There’s nothing subtle or contrived about it. Writer Benjamin Percy takes all those little ingredients that make Wolverine awesome and mixes it into “Wolverine #1.” It could’ve easily gotten messy and it certainly does in many areas, but in the best and bloodiest way possible. The final product is a perfect reminder as to why Wolverine comics are so delicious.

It helps that “Wolverine #1” is giant sized, just like many of the other first issues of the series to spin out of “House of X/Powers of X.” Percy takes full advantage of those extra pages. There are actually two stories stacked into this comic. Both involve different conflicts with different setups. Both succeed in the sense that it gives Wolverine an opportunity to do what he does best.

One focuses on the ongoing conflicts surrounding Krakoa. Wolverine, as the leader of X-Force, is the first to get his hands dirty any time someone tries to undermine Krakoa’s standing as a nation. When someone is stealing and exploiting the life-saving drugs Krakoa uses to maintain that status as a nation, that requires more than a stabbing. It only goes horribly wrong from there, in appropriately bloody fashion.

The second story is more detached from the politics of Krakoa and tied more closely to Wolverine’s colorful past. That past includes both the beautiful women he’s seduced and the ruthless enemies who want to torture him endlessly. Unfortunately, this story is centered around the latter instead of the former. I’m not saying Omega Red is ugly, but there isn’t enough vodka in Russia to make anyone inclined to kiss him.

That story is every bit as bloody as the first, but for entirely different reasons. It puts Wolverine in the cross-hairs of Marvel’s blood-thirsty, non-parking vampire population. It’s a solo endeavor, but one that gives him just as many opportunities to be exceedingly violent and lovably gruff about it.

There’s plenty of violence, which is the core ingredient of every Wolverine comic. There are also hints of drama mixed in, which bring out the softer side of Wolverine. He’s not just a stab-happy, hard-drinking loner. He does have friends and he values them greatly. He does everything he can to protect them and horribly maim anyone who threatens him. Even when he’s covered in bloody wounds, he’s still lovable in that respect.

Overall, “Wolverine #1” has a little bit of everything for Wolverine fans of all kinds to enjoy. It’s a perfect complement to other over-arching stories in the X-Men comics. It’s also a great singular issue that reminds us why we love this Canadian brute so much. It’s a giant-sized issue packed with the best ingredients for a good Wolverine comic. It’s as delicious as you want it to be.

Now, if you’ll excuse me, I’ve got a hankering for some imported whiskey.