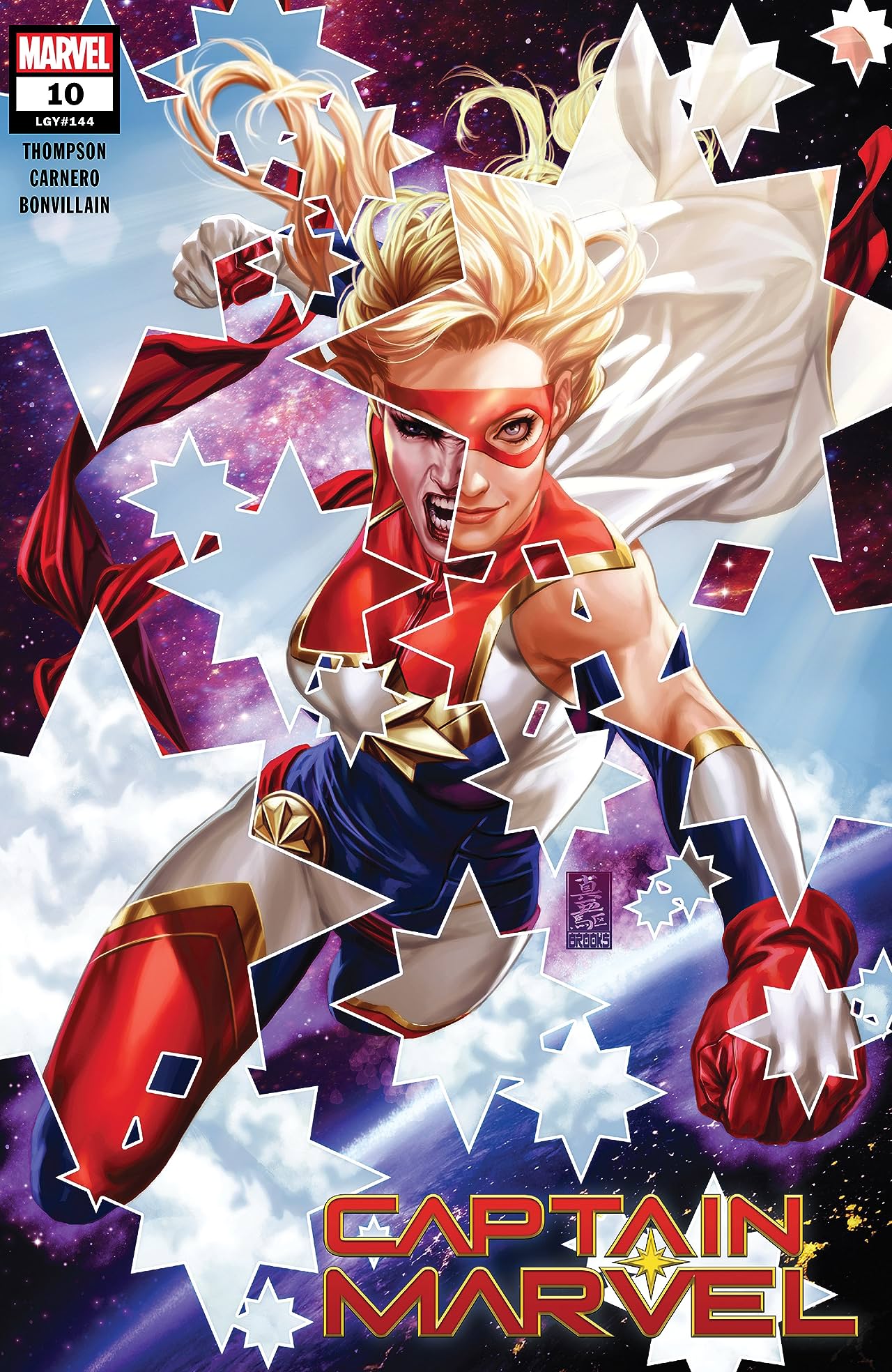 Every so often, a new character comes along that you just know in your gut is going to be a big deal. I certainly felt it the first time I read about Kamala “Ms. Marvel” Khan back in 2014. I also felt it the first time I saw X-23 show up in a fateful episode of “X-Men Evolution.” It may be a bit premature on my part, but I definitely got that feeling about Ripley “Star” Ryan “Captain Marvel #10.”

For the past few issues of this series, writer Kelly Thompson has been teasing a new hero to challenge Carol Danvers in ways beyond who looks better in skin-tight outfits. Like Carol, she’s got blond hair, superpowers, and a fondness for punching the giant monsters that seem to invade New York City at least once a week. Marvel has even teased her as being the next big thing in their ever-evolving pantheon of heroes.

I admit, I was skeptical. Whenever a comic company goes out of their way to push a new hero like this, it tends to be hit or miss. Some, like Kamala Khan, work out wonderfully. Others become so forgettable that they’re relegated to punchlines for an entire era. For the most part, Star came off as just some generic woman trying to take advantage of Carol’s recent hardship. That all changed in “Captain Marvel #10.”

After reading this book, I believe Star has the potential to be something special for both Captain Marvel and the larger Marvel universe. I’m not saying that potential could include a future phone call from Kevin Feige at Marvel Studios, but if I were Ms. Thompson, I would start preparing for that conversation. 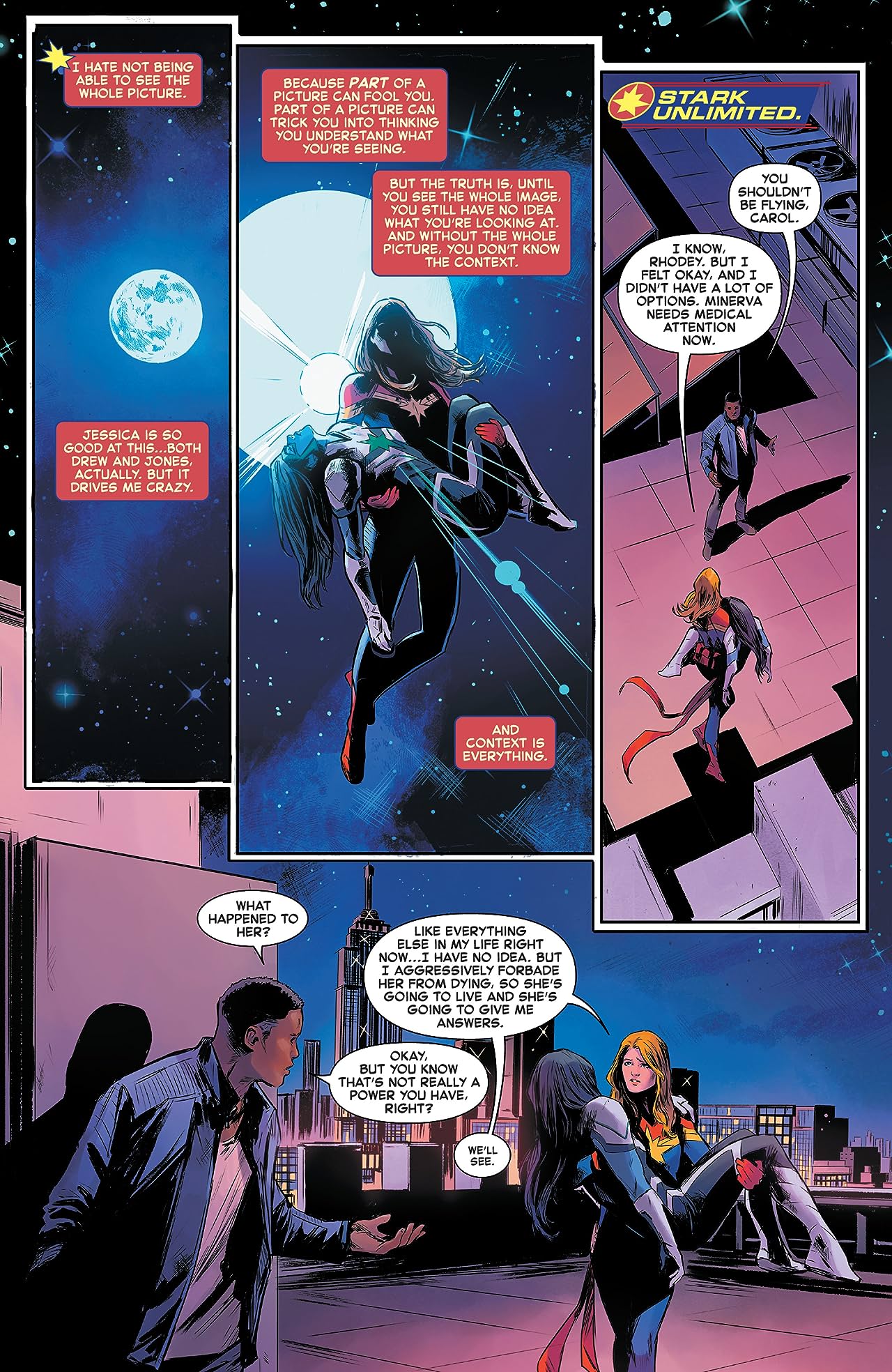 Whereas the past few issues have been full of questions, setbacks, and failures for Carol, “Captain Marvel #10” offers a fair amount of answers. Thanks to Tony Stark and an old adversary, Dr. Minn-Erva, who fans of the movie should recognize, Carol finds out why her powers have been acting up lately.

It has nothing to do with stress, mental blocks, or one too many grabs from Rogue. Someone infected her with a Kree-engineered virus and Dr. Minn-Erva doesn’t even try to make a mystery of it. She’s not exactly subtle and she gives Carol plenty of reasons to punch her senseless. On top of that, Dr. Minn-Erva is asking for Carol’s help. Let that sink in for a moment.

It’s not the charitable kind of help, either. It has been canon for a while that the Kree really screwed themselves, going all the way back to the “Black Vortex” event in 2015. They’re scattered, broken, and desperate. That gave Dr. Minn-Erva more than enough excuses to start experimenting with Kree and human DNA.

On paper, it seems like a good idea. Carol Danvers is half-Kree and she has proven on plenty of occasions that she can kick ass on an inter-stellar level. That’s exactly what the Kree needs in such desperate times. 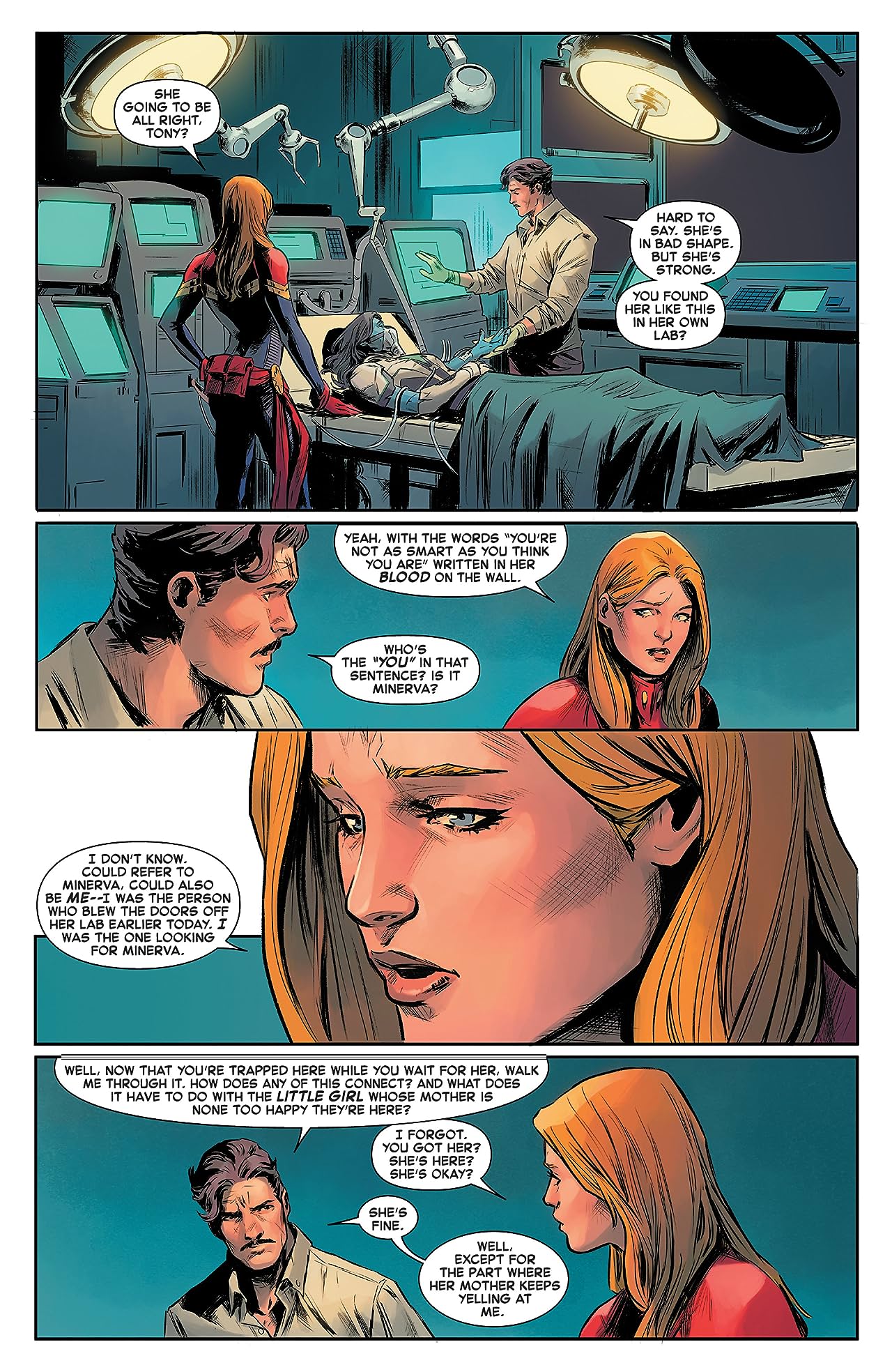 Without getting too deep into spoilers, I’ll note that Dr. Minn-Erva’s plans go beyond infecting Carol. I’ll also confirm that Star, who is revealed as Ripley Ryan, is a big part of those plans. Now, Ripley is very much a blank slate. Her first appearance was in “Captain Marvel #1” and she was just a sweet, hipster journalist looking to interview Carol.

Now, as Star, she’s a lot more than that. Between her powers and how she got them, her story is indelibly tied to Carol’s, more so than Kamala Khan’s. It’s also because of that connection that she has the potential to be Carol’s greatest ally or worst enemy. She proved in previous issues how capable she can be as an ally. In “Captain Marvel #10,” she proves what she can do as an enemy.

Once the answers are laid out and the truth is revealed, the fighting starts. That’s where artist Carmen Carnero gives both Star and Captain Marvel the colorful spectacle that they deserve. It’s not just a clash between a new hero and an experienced veteran, either. There’s drama in this fight that you just can’t get from a typical rampaging monster or superhero brawl. The events of “Captain Marvel #10“ put Star at a unique crossroad. She can still become a hero. She can also become a dangerous new rival capable of challenging Captain Marvel, the Avengers, and anyone else who gets in her way. It’s not the least bit clear which path she’ll take, but the final pages hint that she’s willing to cross a few lines to realize her potential.

Thompson has achieved something special with both Star and Captain Marvel, which will likely make this comic a valuable collector’s item. Star isn’t the kind of superhero who got dragged into it by accident or circumstance. She chose to pursue it. She sought the kind of power and abilities that help make Carol Danvers the hero she is.

Star would not be on this path if someone like Captain Marvel hadn’t inspired her. It offers a unique perspective on the influence of superheroes. By doing what she does so well, Captain Marvel might have created her greatest rival. Like it or not, she’s a part of Star’s journey and “Captain Marvel #10” marks a critical stage of that journey.

It’s still hard to say whether Star will become the kind of character who will one day fight alongside Brie Larson in a Captain Marvel movie, but the potential is there. Since the world can never have too many charismatic female heroes, I’m certainly rooting for her.