Defending The NFL In A No-Win Situations

Let’s face it. These days, nobody seems to be talking about whether Tom Brady’s age will finally catch up with him or whether the Cleveland Browns will actually win a game after their historically bad season last year. Instead, anytime football or the NFL is mentioned, it’s usually in the context of a major controversy or social outrage.

First, it was the NFL’s weak stance on domestic violence after the Ray Rice situation.

Then, it was the NFL’s policy on the nation anthem in wake of Colin Kaepernick’s kneeling protest and the subsequent clash with the President that followed.

Then, it was the NFL’s declining ratings and the various reasons why.

Then, it was the NFL’s handling of multiple scandals involving the treatment of its cheerleaders.

Then, it was the NFL’s implementation of rule changes that many are saying will destroy the game.

In the midst of all of these controversies/scandals, the NFL is also dealing with an emerging health crisis involving player safety. Concerns about concussions and serious injuries, like the one Ryan Shazier suffered, are doing more than just making football look dangerous. It’s creating a cultural divide, of sorts, where people are distancing themselves from the sport and the violence it requires to play.

In this web of convoluted circumstances, the NFL rarely comes off as looking good. In fact, some are going so far as to put the NFL on the same level as the tobacco companies as an organization that willingly sells a dangerous product. At that point, the NFL comes off as less a professional sports league and more an evil corporation.

Now, here’s the part where I’m sure I’ll upset plenty of people, but that’s kind of the underlying point here. That’s because I’m about to defend the NFL. I’m also going to defend NFL Commissioner, Roger Goodell, to some extent. I know that’s akin to saying nice things about Monsanto these days, but I’m willing to take that chance.

I do this as someone who loves football and is genuinely excited about the upcoming NFL season. At the same time, I’m not blind to all the controversies and outrage the NFL has generated over the past few years. However, I feel it’s necessary to put things into a proper context.

First and foremost, it’s important to understand that the NFL, Roger Goodell, and everyone involved in the infrastructure of football are in the ultimate no-win situation. Take a moment to think about the decisions they’ve had to make over the past few years.

If they chose not to implement the recent rule changes, then they would be criticized for undermining player safety. By doing what they did, they’ve been accused of undermining the game.

When it comes to ratings decline, any side can take credit and cast all the blame on the NFL and Roger Goodell. Those on the conservative side will take credit for lower ratings over the anthem protests. Those on the liberal side will take credit because of concerns about concussions and violence. Never mind the fact that the ratings decline coincided with an overall trend in TV viewing. It’s still all the NFL and Roger Goodell’s fault.

Even when they come out and apologize for a mistake, nobody even accepts it. After the debacle surrounding the Ray Rice incident, Roger Goodell came out and issued an apology. These are his exact words:

“At times, however, and despite our best efforts, we fall short of our goals. We clearly did so in response to a recent incident of domestic violence. We allowed our standards to fall below where they should be and lost an important opportunity to emphasize our strong stance on a critical issue and the effective programs we have in place. My disciplinary decision led the public to question our sincerity, our commitment, and whether we understood the toll that domestic violence inflicts on so many families. I take responsibility both for the decision and for ensuring that our actions in the future properly reflect our values. I didn’t get it right. Simply put, we have to do better. And we will.”

Break that down and imagine anyone else saying it. How rare is it these days to hear any public figure admit they got something wrong? It still didn’t matter, though. People just didn’t buy it, claiming Goodell was just saying what he needed to say to stop the outrage.

That may have been true to some degree, since he is the face of a very popular, very profitable organization. However, by assuming that he and the NFL are completely insincere, it creates a no-win situation. For any person or company, especially one built on the win/lose nature of sports, that’s an impossible standard.

Honestly, and I’m being sincere about this, what could the NFL possibly do to placate everyone at this point? They’re not a government, an army, or your best friend. They’re a professional sports league. Yes, they’re the most popular and profitable sports league in the United States, but they’re still limited to what they are.

Is it really reasonable to expect the NFL to be on the front lines of serious issues like domestic violence, police brutality, and what constitutes patriotism? Again, they’re a professional sports league. They can only control the rules, regulations, and business of their sport. In that sense, it’s reasonable to expect them to make the game safer. That’s exactly what the new rule that so many says will destroy football is intended to do. Considering that college football already has that rule, it’s not like these changes to the game are unprecedented.

This isn’t even the first time significant rule changes have been bemoaned in the NFL. There was a time when a simple rule change involving how defensive players could operate was going to ruin the game and destroy the league. That time was in 1978 and football only went onto become more popular after that.

Even if injuries are a reasonable concern, do those caused by football warrant more scrutiny than other sports? Statistically speaking, skiing is much more dangerous in terms of actually killing people. In terms of injury and head trauma, boxing has a much higher risk. Why aren’t there any ongoing efforts to condemn those sports for their violence and physical harm?

Some of that has to do with the NFL being so big. Mark Cuban, who owns the NBA’s Dallas Mavericks, once said “Pigs get fat. Hogs get slaughtered.” He’s half right in that the size and influence of an organization can make it an easy target. The NFL is just so visible compared to other leagues. Anything that happens to it is bound to gain attention, both the good and bad kind.

The problem is the bad tends to be a lot louder in the era of social media and outrage culture. That further raises the impossible standards even higher because it means those dissatisfied with the NFL’s decision, no matter how much a minority they are, will still make plenty of noise and generate plenty of headlines. 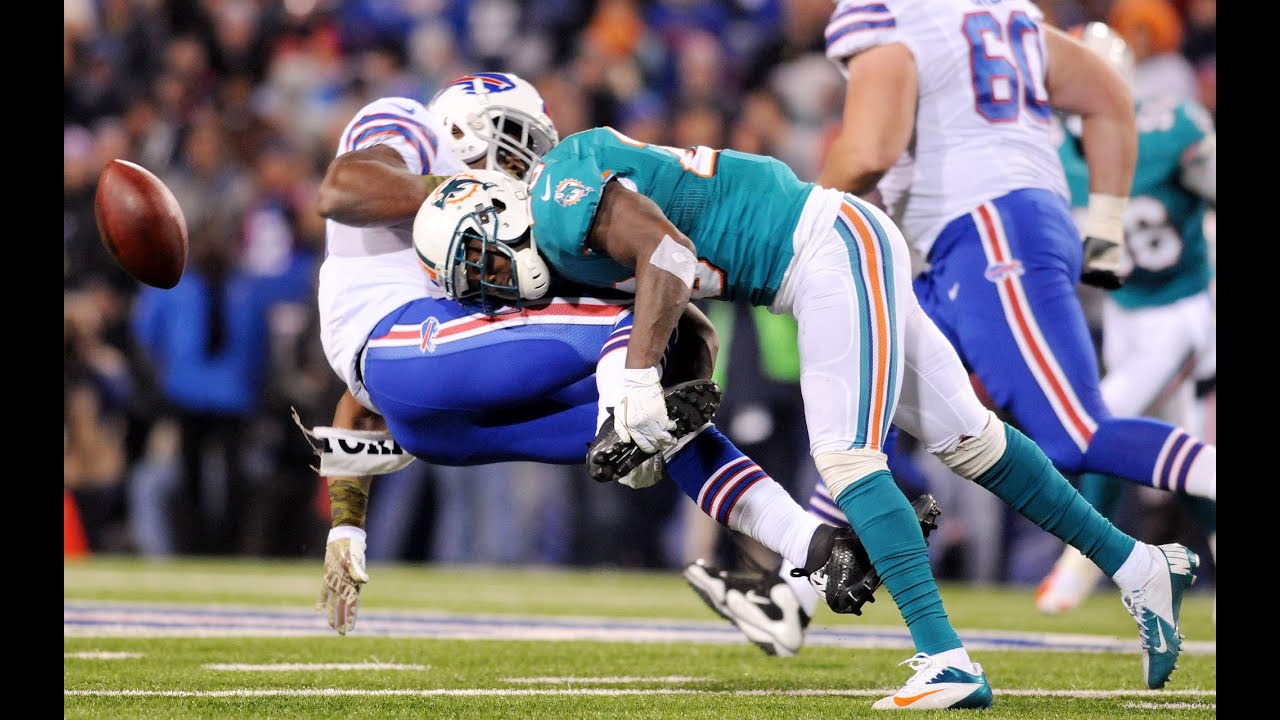 At the end of the day, the NFL is a business. They still want to make money entertaining people with their sport. They have plenty of incentive to protect their players. New advances in helmets and pads will make the game safer. Advances in medicine are already mitigating the effects of concussions. It’s not going to happen all at once, but if anyone has the resources and clout to make it happen, it’s the NFL.

Now, none of this is to imply that the NFL or Roger Goodell don’t deserve criticism. They certainly do. Up until 2015, the NFL was a tax-exempt organization. It’s history of overcharging fans and screwing over injured players is well-documented. They have their flaws. All people and organizations do. 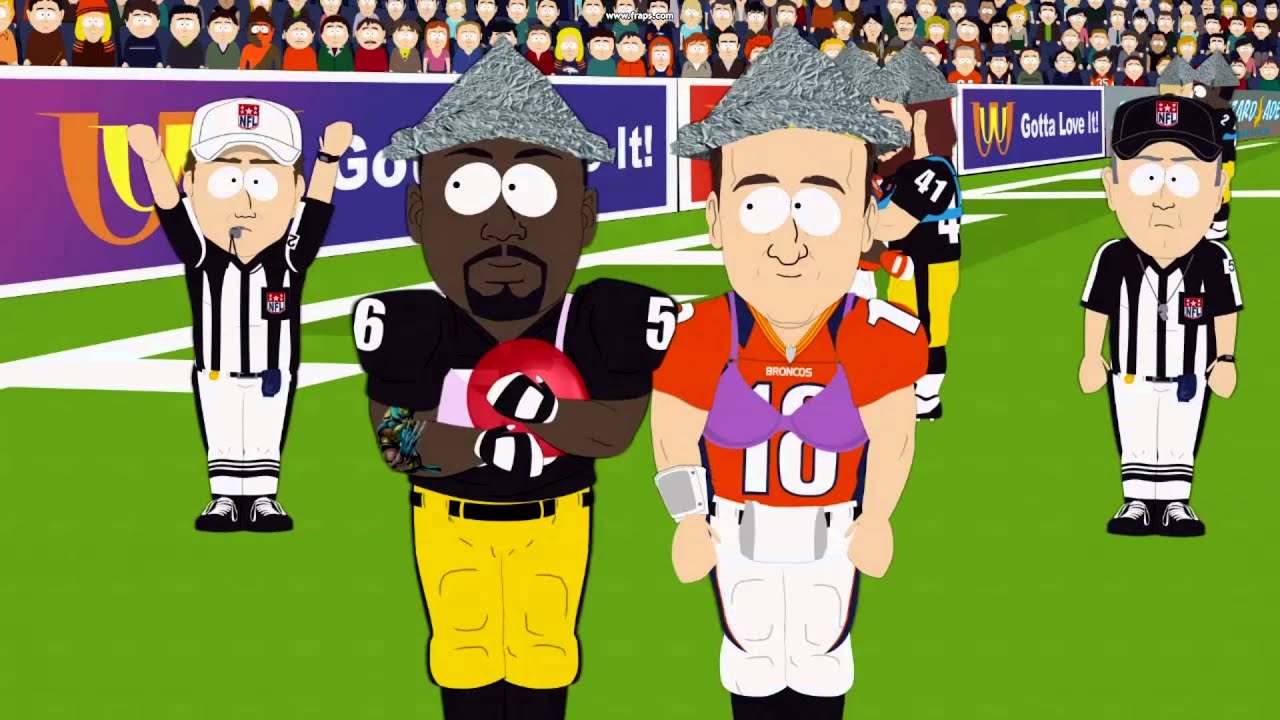 The NFL, like all sports leagues, is evolving. The latest rule changes aren’t going to destroy the game. Football is still going to be popular because it’s an entertaining game. People are going to gravitate towards fun and entertaining things, despite or even because of their concerns.

At the end of the day, football is a sport and the NFL is a professional sports league. They want to entertain us. We want to be entertained. Why complicate that with impossible standards and no-win situations?