I’m going to sound old when I say this, but comic fan under the age of 22 has no idea how good they have it. I remember being a comic fan as a kid. There was no comic shop within walking distance of my house. The grocery store sometimes had comics, but the selection was limited. Even when I got a subscription, they rarely arrived on time in the mail.

Today, it’s never been easier to be a comic fan. Thanks to Comixology and tablet computers, you don’t even have to put pants on to enjoy new comic day. Kids will never know the agony of waiting for the mail to arrive and hoping that your books aren’t late. If it ever snowed, then you were really screwed and with dial up internet, you couldn’t even get spoilers.

Now, it’s all so seamless. You wake up on a Wednesday morning, you check the Comixology app, and you download your pull list. You can do it all before you brew your first cup of coffee. For younger fans, it’s mundane. For older fans like me, it’s nothing short of comic book nirvana.

That’s why I’m so grateful to have services like Comixology at my disposal. It makes every Wednesday morning a joyous immersion into the medium I love. Today is no exception. What follows is my pull list and my pick of the week. The fact that I can enjoy all this without putting on pants makes it all the more enjoyable. 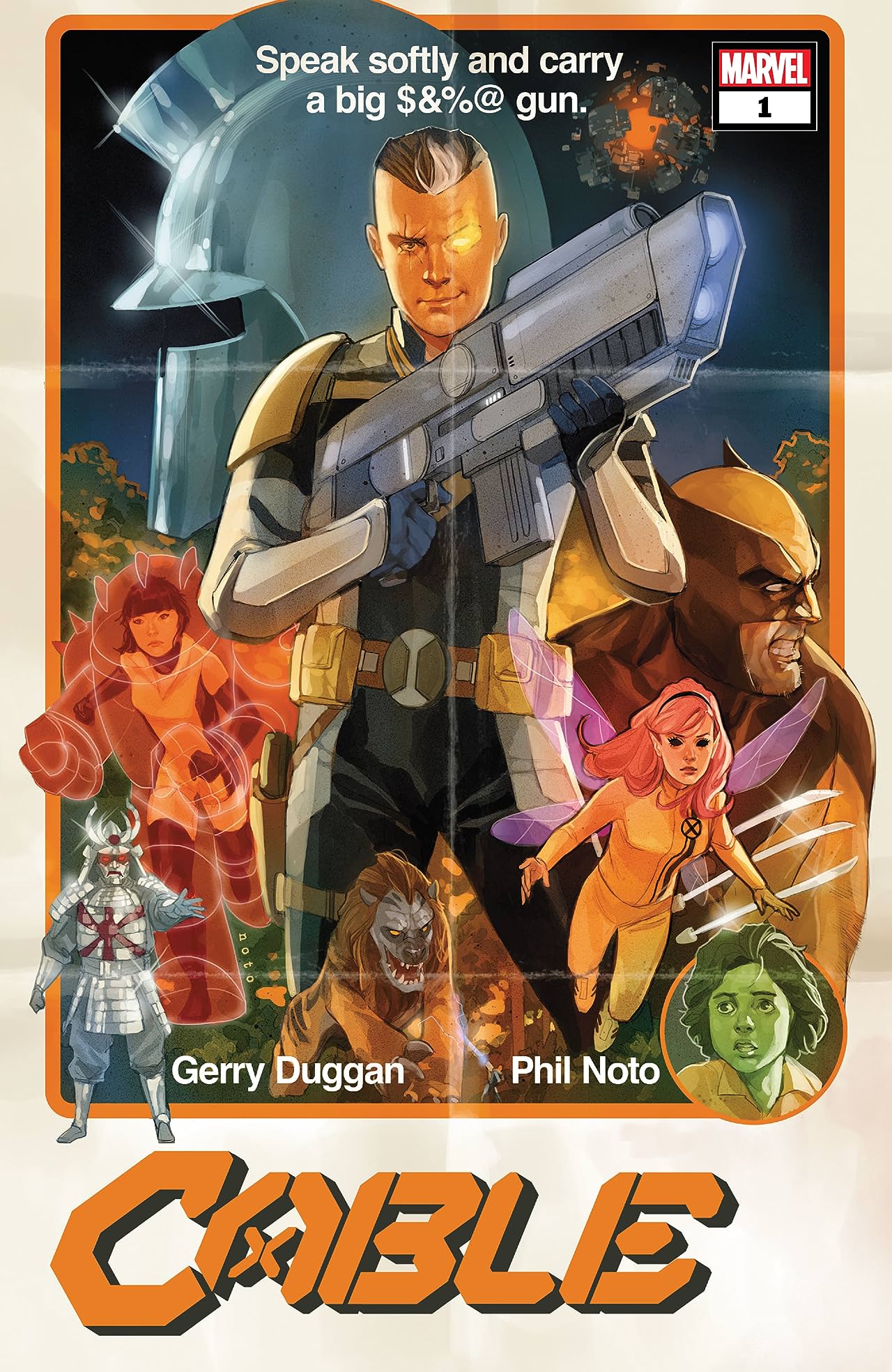 There are few constants in the real world and even fewer in the world of superhero comics. Sure, it’s a running joke that nobody stays dead, everything reverts to a certain status quo, and a sizable number of characters are going to be Batman rip-offs, but there are still core tenants that help keep a franchise anchored to its core. For X-Men comics, those tenants are many, but include a handful of important constants.

Gambit’s accent will always be sexy.

There are plenty of X-Men comics where these uncanny themes play out in any number of forms. “Cable #1” focuses on the ones that make Nathaniel “Dayspring” Summers the battle-hardened badass that X-Men fans have celebrated since the early 1990s. For a character with such an insane backstory, it’s not easy to keep things simple. Gerry Duggan and Phil Noto manage to do just that.

However, they don’t just focus on giving Cable something to shoot with his oversized guns, although that is a major part of the plot. “Cable #1” picks up in a strange place during Cables exceedingly bizarre story, but it builds on that story in a way that’s both overdue and engaging.

The Cable who has been running around the X-Men comic isn’t the same old, grizzled Cable that Josh Brolin brought to life so masterfully in “Deadpool 2.” Instead, we’ve got a younger, bolder, and more hormonal version of the character. Some call him Kid Cable. Others call him a cocky little shit who murdered his older self. Both are equally right.

Since he first showed up in “Extermination,” his place in the X-Men’s world has been somewhat tricky. Cable has never been a team player or one to stand with the X-Men and take orders with a smile. That’s just not his style and “Cable #1” doesn’t radically change that. More than anything else, it embraces the more youthful quirks of Kid Cable while highlighting the explosive action that he often brings.

The details are simple. Cable is just one of many mutant resident of Krakoa who just happens to part of the Summers family. There’s an issue involving a young mutant being chased by a monster. Cable decides to help and brings his favorite guns. It doesn’t need much beyond that to be entertaining, but Duggan and Noto add a few extra twists that help set the stage for the character’s next upheaval.

The basics of “Cable #1” make the story entertaining, but it’s the more personal moments that make it noteworthy. Kid Cable, or whatever you want to call him, is not the same brooding time traveler who sneers at everyone. He does smile. He even flirts a little with the mutants his age. He’s even humbled somewhat when Cyclops enters the room.

These aren’t new concepts for most characters, but they’re new for Cable. They effectively humanize him in a way we haven’t seen in quite some time. You might still think he’s a cocky little shit who isn’t nearly as awesome as his grizzled self, but he’s still Cable.

He can still shoot big guns, fight monsters, and save innocent mutants. He still has the same appeal he’s had since the heyday of Rob Liefeld. Now, “Cable #1” sets the character up for a new set of challenges. Being younger and less cantankerous, it creates new opportunities for a character who hasn’t had many that don’t involve shooting things and teaming up with Deadpool.

I may be in the minority when I say that Kid Cable is growing on me, but “Cable #1” shows that his appeal has a place in the X-Men’s uncanny world. He’ll always be the grumpy old badass from the future at heart. This just gives him a chance to do more and I’m glad he’s running with it.