In the times before the internet, comic fans like myself built their entire Wednesdays around when and how they could get to a comic book store. As horrifying as a time before the internet might be to most people under the age of 25, some of us remember it. We also remember the challenges, but we don’t miss them.

For me, it was a tough challenge to get around. There would be days in which I couldn’t get to a shop to get my stack of comics and the mail service almost never delivered subscription titles on time. For that reason, and many others, Wednesdays were stressful. Now, thanks to online shops like Comixology, those dark times are distant memories.

It’s because of companies like Comixology, and their Amazon overlord, that Wednesdays are far less arduous. We wake up, log in, and have our entire pull list for the week at our fingertips. Throw in a cup of hot coffee with a pinch of whiskey and you’ve got a perfect storm of morning heaven.

Today is another trip to that heaven. With it, I have a digital pull list tailor made to make my Wednesday as special as it deserves to be. What follows is my pull list for the week and my top pick from that special lot.

Also, I wasn’t joking about the whiskey in my coffee. 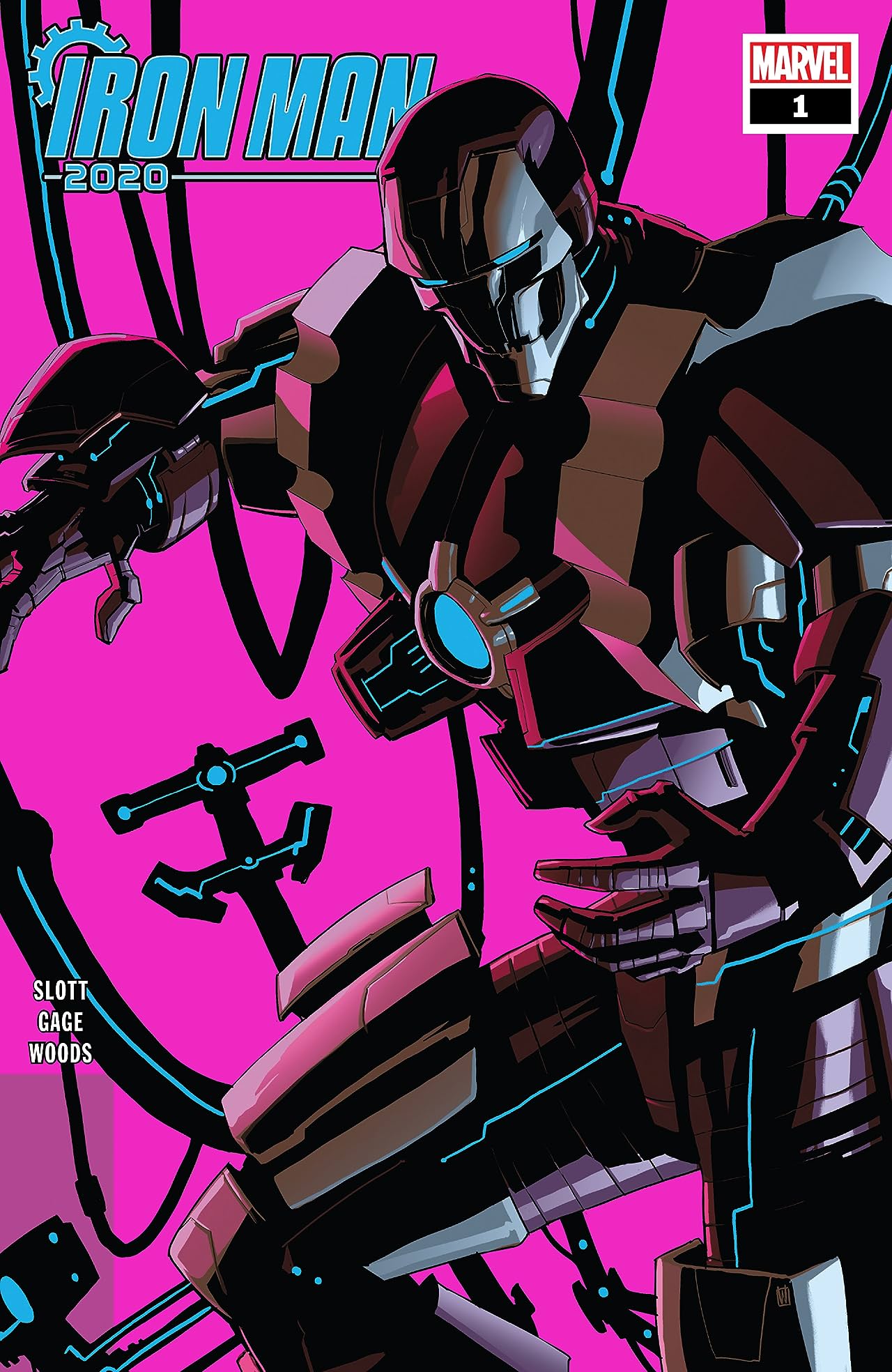 Back in the mid 1980s, Marvel published a mini-series called Machine Man by Tom DeFalco, Herb Trimpe, and Barry Windsor-Smith. This underrated gem envisioned a cyberpunk future in which an emerging class of artificial intelligent beings clashed with humanity. On the front lines of that clash was Iron Man 2020.

At the time, it just seemed like a cool concept and a valid excuse to build a world around epic robot battles. Now, it is 2020. While we don’t have the same robot battles envisioned in that book, there are increasingly serious concerns about the emergence of artificial intelligence and what that could mean for the human race.

“Iron Man 2020 #1” doesn’t just take this concept and run with it. It channels the spirit of Jack Kirby in pursuing bold ideas and the bolder implications behind them. Writers Dan Slott and Christos Gage embrace the aesthetics and themes of that old story. The Iron Man that emerges is a different kind if Iron Man.

If you haven’t been following the recent Iron Man comics, that’s not too great an obstacle. All you need to know is that Tony Stark lost control of his company and his Iron Man armor. It’s not because he’s “dead.” I put that in quotes because that’s somewhat of a relative term in this book, as well as many other Marvel books.

The Tony that had been running around as Iron Man was declared not to be the “real” Tony. He was just an artificial intelligence in a fresh body. Legally speaking, that means Tony is dead and everything he once owned now belongs to his brother, Arno Stark. If you don’t know his story, you’d be wise to look it up. For “Iron Man 2020 #1,” it’s not entirely necessary. You just need to know that he’s a new kind if Iron Man.

Tony’s presence still looms large, as do the ideas surrounding artificial intelligence, identity, and how it fits into a society still run by flawed, fleshy humans. There are a lot of new plots on top of ones that have been unfolding for years in the pages of Iron Man. “Iron Man 2020 #1” just sets the stage for what should be a very special year for all things Iron Man.