Reading comics is one of those special activities that works during any time of the year. When it’s cold out, there’s no greater feeling than curling up under some blankets, downloading some new comics via Comixology, and letting the inherent awesome warm your soul. When it’s hot out, there’s no greater feeling than sitting out in the sun, getting your new comics through Comixology, and soaking in both rays and awesome.

New comics can make any season more enjoyable, by default. There have even been Wednesday mornings when it’s pouring rain outside and I still sit on my porch, reading new books while drinking a hot cup of coffee. The experience is nothing short of Zen like. I’ve tried it in a blizzard too. It doesn’t work quite as well, but it still works.

I say that because this is usually the time of year when the weather is nice enough on a Wednesday morning to watch the sun rise while reading new comics. Whether you’re at home or on a beach, it’s a great feeling that I recommend every comic fan enjoy at some point in your lives.

This week is the first of many opportunities. I’ve got another lengthy pull list, including a few books that I’ve been closely monitoring. What follows is the list of books I have on hand this week and a pick that will make that morning sunrise that much more beautiful. Enjoy! 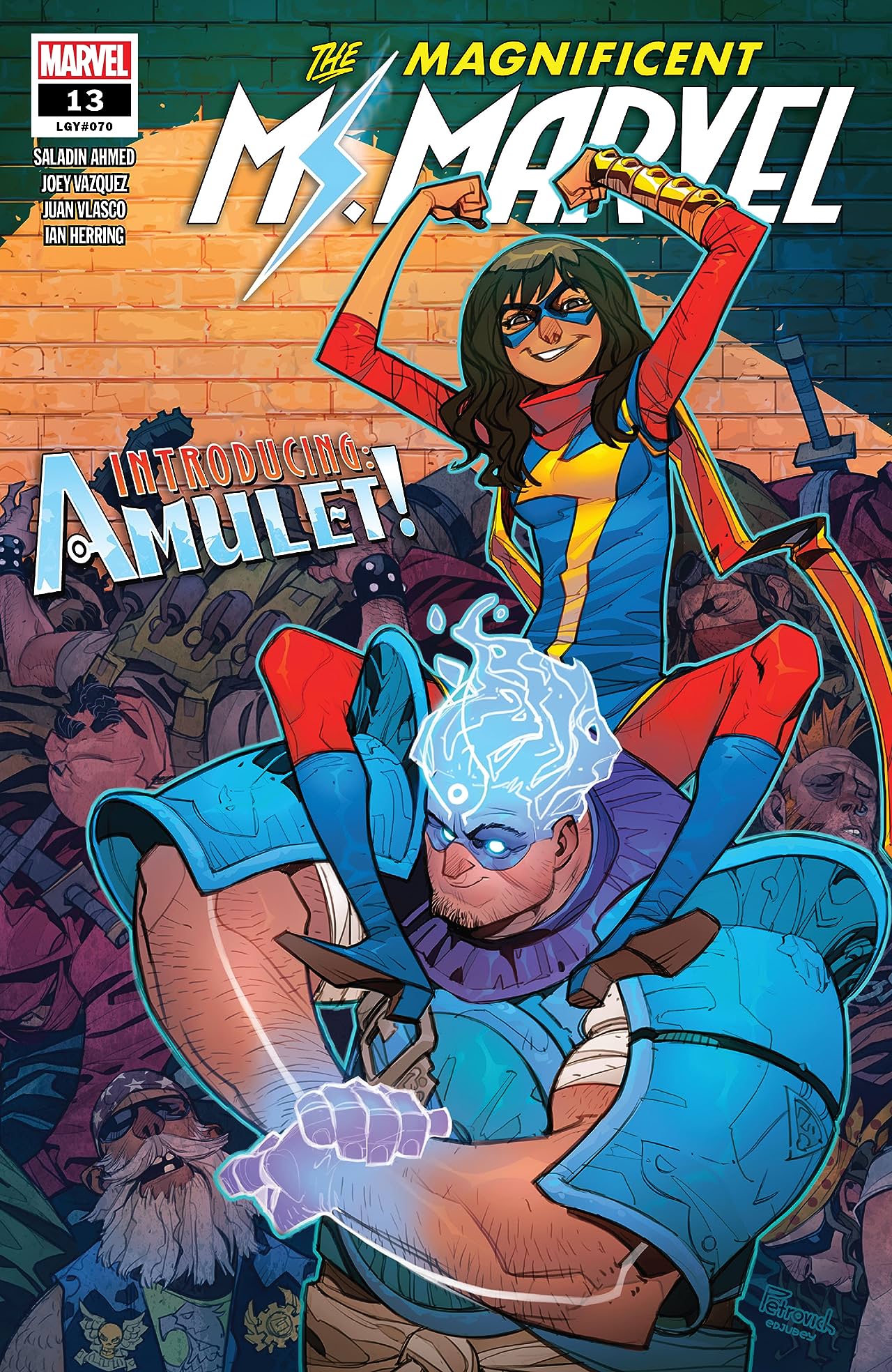 Teenage superheroes are often hit-and-miss. They’re often high-risk/high-reward characters who can either become beloved global icons in the mold of Spider-Man or they can just become annoying, insufferable, and not the least bit endearing. I won’t name names, but I have singled a few out in the past.

By almost every measure, Kamala “Ms. Marvel” Khan is a hit. She’s probably the biggest hit Marvel has had for a teenage superhero since X-23. She has her critics, but a character doesn’t go from a complete unknown to starring in her own TV series within a decade without being awesome on some levels. “Magnificent Ms. Marvel #13” perfectly demonstrates why she’s so awesome and why her critics are just being difficult.

This book comes out on the heels of a huge upheaval in Kamala’s life outside her superhero identity. Her father is still recovering from an illness that almost killed him and left him with permanent health issues. Her kinda sorta almost boyfriend, Bruno, is looking for clarity when Kamala isn’t ready to give any. She’s a teenager. Emotional clarity is still an emerging concept.

Through all this drama, she still finds time to go to a county fair and hang out with her friends. She also finds time to fight some magic monster hiding in a fortune-teller’s crystal ball and gain a new side-kick in Fadi “Amulet” Fadlalah. That’s a lot for one teen hero to tackle in a single comic, but writer Saladin Ahmed pulls it off beautifully.

In a single issue, “Magnificent Ms. Marvel #13” offers a simple, but dense story that has just the right amount of teen melodrama and teen heroism. Those are the key ingredients for any successful teenage hero and Ms. Marvel mixes them better than anyone not affiliated with Batman.

Kamala takes time to be a teenage girl and a dutiful daughter trying to meet her 9:00 p.m. curfew. She also tries to be a good teenage superhero who inspires others for all the right reasons. Her new side-kick, Amulet, is just the latest example that she is having a positive impact. She’s inspiring others, as good heroes do. The fact she does this while still being an emotionally insecure teenager only makes her more endearing.

If you ever need a reminder of why Ms. Marvel is such a special character, “Magnificent Ms. Marvel #13” offers all that and then some in a single comic. It’s not just my pick of the week. It’s my personal reminder of why I love this character so much and why her upcoming Disney-plus series cannot come out fast enough.